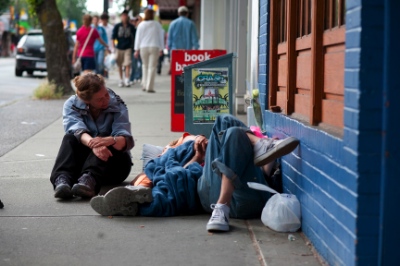 Judy Graves has been a friend of the homeless for many years; she will address Stations of the Cross participants this Friday afternoon. Photo by Ken Villeneuve.

Union Gospel Mission is joining First United Church this year to lead a Good Friday Stations of the Cross pilgrimage. Participants will come together in order to carry a cross to seven stations, each of which signifies a place of hope for the Downtown Eastside (DTES) community.

Beginning on the steps of the First United Church at noon, Stations of the Cross will continue on to the Carnegie Centre, Insite, the Salad Bowl, Drug Users Resource Centre, Oppenheimer Park and Union Gospel Mission.

Now in its 28th year, numbers of participants have waned recently. However, with broader participation – and with Judy Graves addressing the walkers – this year’s walk promises to be a moving event. Judy will offer a reflection at the garbage bin area outside Sunrise Market, where many people in the community have found food to survive.

In the same way that early Christians followed in the footsteps of Christ through Jerusalem, Stations of the Cross offers an opportunity to reflect on Jesus’ death (and resurrection) in the places of pain and hope in the neighbourhood. More than just a walk, the vigil will include drumming, songs and prayer.

At each station, a group prayer will occur, followed by three minutes of solo reflection. Participants are encouraged to discuss the significance of each station in addition to the suffering of Jesus.

Keela Keeping, senior public relations specialist for Union Gospel Mission, says it will also be a good chance to see some of the renovations for their new Stabilization Program for women seeking recover from addiction.

This one’s already over, of course, but Aha Media produced a colourful video and pictures of the St. James Anglican congregation as they celebrated High Mass with the Blessing of Palms in their Downtown Eastside neighbourhood. They walked from their church building at Gore Street east along Cordova, circled Oppenheimer Park and then returned.

As is their habit, Coastal Church and First Baptist Church – both in the Downtown core – will meet together for Good Friday services. This year, however, they will meet at First Baptist rather than at the Queen Elizabeth Theatre.

Mennonites at Culloden
Culloden Church will host “various other churches in our area” for a Good Friday service. First United Mennonite Church will be there for sure.

Church in Surrey at Chandos Pattison 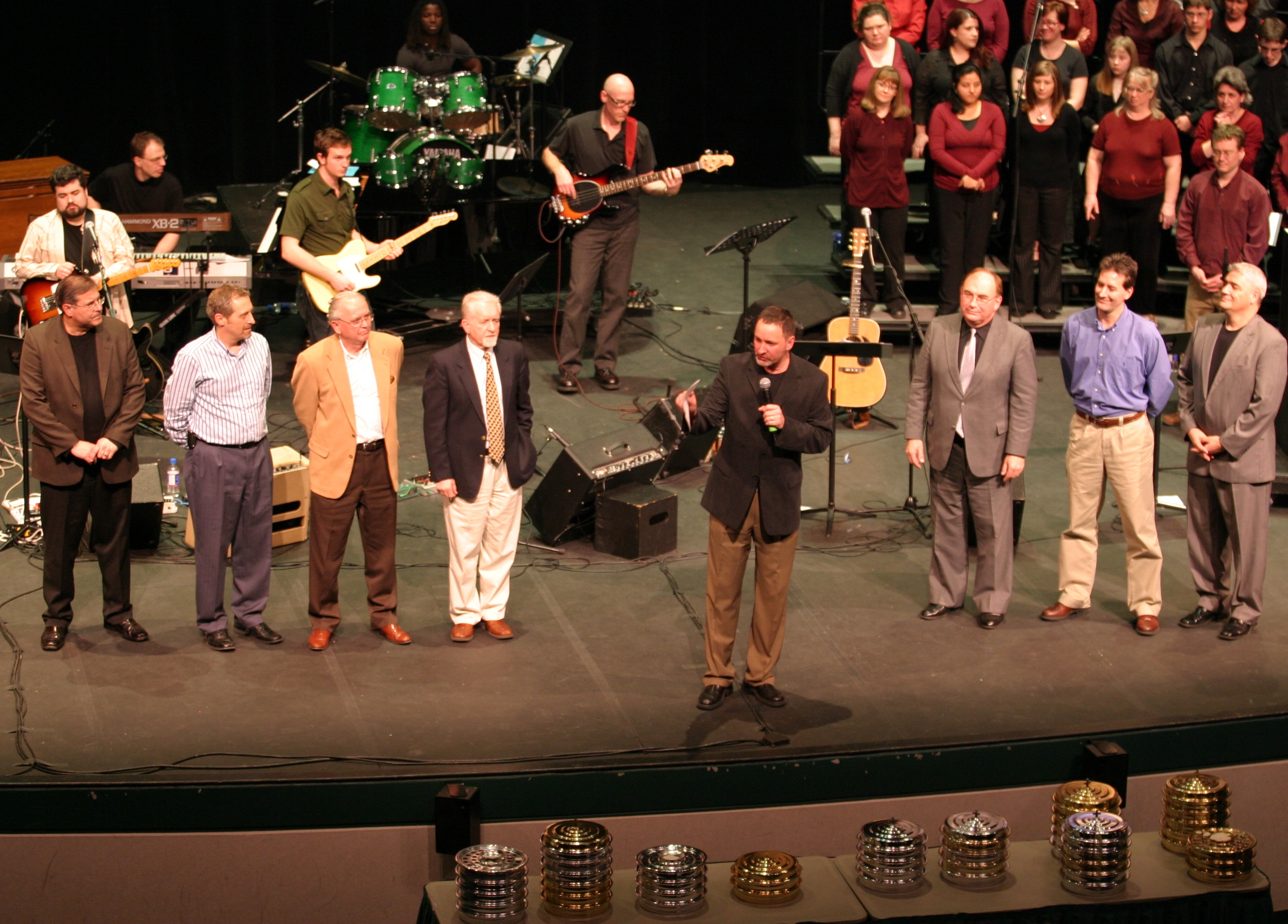 Kevin Cavanaugh with several Surrey (and other) pastors at a Church of Surrey Good Friday service.

During the first decade of the 21st century, some 5,000 people would gather in Surrey’s Chandos Pattison auditorium each Good Friday to worship and consider the implications of Calvary.

In 2013, the leaders of a loose-knit pastors’ group known as Church of Surrey decided it was time to give the Good Friday service a sabbatical.

The Good Friday Service is back this year. Kevin Cavanaugh will be the preacher; he hopes the occasion will be one where worshippers will consider the premise that “unity matters.” He wants to put the focus on “the cross of Christ, as the heart of forgiveness, reconciliation and restoration” – all emphases that Good Friday has traditionally helped to shape.

Organizers are expecting more than 30 Surrey churches to participate, and are inviting people from outside of Surrey to join them. For more read here.