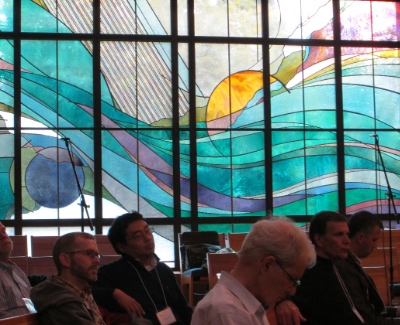 The people of Cascadia love to feel connected to nature.

At the Christ & Cascadia Conference (September 25 – 26), 250 Christian leaders and scholars talked about spirituality in the Pacific Northwest, “where people can be more inclined to study yoga, hike a mountain or attend a Seahawks game to find spirituality, rather than step inside a church.”

Cascadia can be defined in a number of ways, according to Kaemingk, director of the Fuller Institute for Theology and Northwest Culture, which sponsored the conference.

Most fundamentally, it is a bioregion stretching from northern California to Alaska. The core would be the megaregion extending from Portland to Vancouver, making Seattle – in a church within spitting distance of the Space Needle – the logical place to hold the first Christ & Cascadia conference.

In his introductory remarks, Kaemingk referred to a number of cultural and spiritual characteristics shared widely throughout the region: a shift from resource extraction to an information-based economy; a strong entrepreneurial spirit (people often settled here for economic rather than religious or political reasons); a liberal, local and anti-institutional political outlook; a desire for a deeper sense of intimacy with our natural surroundings; and a tendency to value the experiential, emotional, episodic, elastic, new/creative, individualistic and personally empowering in the spiritual realm.

No doubt the conference organizers were pleased with the Seattle Times article – local media outlets are not noted for their close attention to religious issues – but the numerous online comments responding to the article make it obvious why Christ & Cascadia will have to be a long-term project.

One writer said, “I have relocated a number of times in my career, and that includes a few years each in the ‘heavily Christian’ enclaves of suburban Dallas, TX and Atlanta, GA. I am so thankful now to be living in the secular Pacific Northwest.” Reflexive atheist bigots were also well represented, as usual.

More telling, though, was an online comment distinguishing religion from spirituality.

In her article, Carol Garnick wrote: “The main challenge facing Christianity in this region is attracting people who do not identify with a church but instead focus more on alternative spirituality,” then quoted Kaemingk: “Just as they prefer to make their own software, airplanes, music, organic food and political movements, Cascadians also prefer to make their own religion.”
The commenter didn’t want to hear about religion:
That’s missing the point completely. Cascadians aren’t ‘making their own religion.’ Again, they’re practicing spirituality, which is completely different from being religious. . . . ‘Unchurched’ doesn’t mean atheistic or unconnected to God – much though religions would like you to believe that. It merely means having your sense of God and the divine from the inside out rather than from the outside in. Discovering God/the divine as you live, not through any pre-set, one-size-fits-all answers. Actively living your life rather than playing a part in someone else’s script. Until religious people understand, and accept, that, they’ll always feel out of place in Cascadia.
I am fairly sure that if the author of that online comment had sat through the two-day conference – the theme of which was ‘to know and love this place’ – he or she would have realized that the participants are well aware of such feelings, do take them seriously and want to respond in a way that is both respectful of other spiritualities while also trying to follow Jesus Christ faithfully. 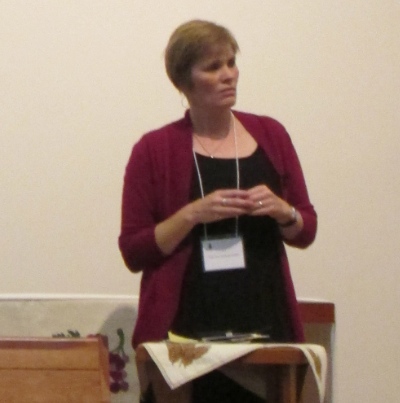 Referring to a recent Maclean’s cover article – Stop Ignoring Your Neighbours – Sarah Jane Walker said our questions “should be about where and how God is at work in the world.” Rather than asking “church questions” such as how to get people involved with us, we should be asking “God questions.”

The Missional Network provides a number of resources and service, including Moving Back into the Neighbourhood workshops. (In fact, a member of their North America team, Michael Binder, will be leading such a workshop for Tenth Church this weekend.) 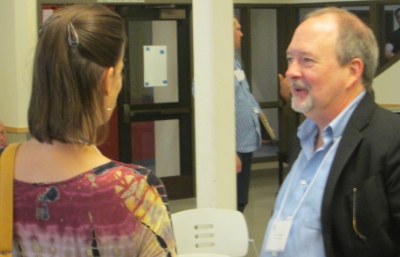 John Stackhouse thinks the Christ & Cascadia Conference is the start of an important discussion.

John Stackhouse was his usual provocative and amusing self, reminding our hosts, for example, that not all Cascadians are Seahawks fans (there were, arguably, a few too many references to local sports happenings) and that the ‘Northwest’ should properly be considered the ‘Southwest.’

It is well worth checking out his recent blog, Christ & Cascadia: Some Gleanings, in which he comments on everything from a mainline scholar/colleague who “waxed enthusiastic, even revivalistic . . . to celebrate the region as ‘the Abundant Zone,’” to the inter-generational tensions within Asian-American/Canadian churches and a reference to the besieged Mark Driscoll, Seattle’s most famous pastor.

John liked the event: “I have rarely experienced such a stimulating meeting of scholars, pastors, activists and other leaders seeking with obvious earnestness to help each other and learn from each other how to understand and serve this region we clearly all love so much.”

But he also said, “We all were aware of how very middle class and mostly white the conference was, recognizing that many of the participants hailed from ‘Hipsterville.'” (During the wrap-up of the event, he noted that Vancouver, with its 40 percent Asian population, might actually be becoming less typically Cascadian.)

However, he added that his various cavils can be dealt with in the future: “All that can come in the next conference. This one started a crucial, rich and congenial conversation.” 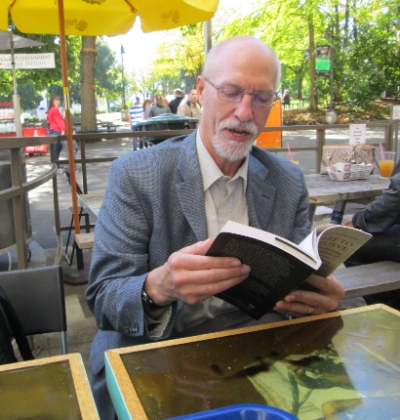 John Dyck provided a timeline for the ongoing legal and political issues related to Trinity Western University’s application for a School of Law.

This rundown might have been tough going for those not already familiar with the situation, but it illustrated nicely how complex issues can become as Christian institutions attempt to retain their distinctives in a progressive secular culture.

David Warkentin addressed the topic ‘From Consumption to Engagement: Discipleship and Millennials in Cascadia.’ From the abstract of his paper:

Cascadia churches that are intentional about engaging millennials do so in a variety of different ways. From a surging New Calvinism, to thriving experientially-based worship events, to a growing emphasis on gap-year discipleship education, to cultural adaptations for belief and practice, many sectors of the Cascadian church are attempting to alter the trends of millennials leaving the church. But is it working? . . .

In a culture as diverse as Cascadia and to a demographic as religiously complex as millennials, I will argue that discipleship centred on ‘faithful presence’ can provide a sustaining faith and set millennials on a trajectory for a lifetime of authentic discipleship.

David has made some insightful comments about the conference on his Considerations blog.
It may be a couple of years before the next Christ & Cascadia Conference, but there will be other gatherings in the meantime, and there is an online journal, which already has a number of good articles. A couple of good ones to start with are Cool in Cascadia by John Stackhouse (“What we have yet to see in Cascadia are churches that connect with – or even have the first clue to offer – the unconventionally spiritual.”) and Uniting Portland in Service by Kevin Palau (“The City of Portland is recognizing the power of a united church.”).
Share this story