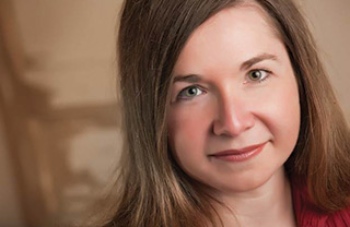 Katharine Hayhoe, one of TIME Magazine’s 100 most influential people in 2014, will be delivering three lectures relating to her field, climate science, next week, at Trinity Western University.

On her website, Hayhoe says: “I don’t accept global warming on faith: I crunch the data, I analyze the models, I help engineers and city managers and ecologists quantify the impacts. The data tells us the planet is warming; the science is clear that humans are responsible; the impacts we’re seeing today are already serious; and our future is in our hands. As John Holdren once said, “We basically have three choices: mitigation, adaptation and suffering. We’re going to do some of each. The question is what the mix is going to be. The more mitigation we do, the less adaptation will be required, and the less suffering there will be.”

I interviewed Hayhoe on September 30 by phone, while she was sitting out a plane change in Oklahoma City.

She talked about the influence of her family in Toronto, where she grew up, in helping her to appreciate both science and faith, rather than living with the two in conflict. The Hayhoe family was and remains influential among evangelicals in Ontario.

That influence comes through the Plymouth Brethren movement in which she was raised, as well as through such organizations as Tyndale University College and Seminary, Canadian Council of Christian Charities, Inter-Varsity Christian Fellowship and World Vision. Her father, Doug Hayhoe, is a professor in the teacher education program at Tyndale.

In the Plymouth Brethren movement “everybody was equipped to read and study the Bible [rather than seeing] the pastor as the interpreter,” Hayhoe said, adding that she learned to take the same approach to “God’s second book – science.”

Inter-Varsity continued that influence – particularly through its emphasis on inductive Bible study – when she went to the University of Illinois, where she earned her masters and doctorate – and where she met Farley.

Having been influenced by many of her family forebears to appreciate nature and the need for people to care for it, Hayhoe entered the climate change field, recognizing it carries “a lot of baggage.”

Much of that baggage revolves around political and religious polarization on the issue, particularly in some parts of the United States. In a PBS interview with Bill Moyers, she told about the emphasis many pastors in drought-ridden West Texas have, simply, on “praying for rain.” They do so, she suggested, without recognizing the role human-related climate change might have on their predicament.

During the Bill Moyers interview she said: “Caring about climate is entirely consistent with who we are as Christians. But over the last several decades . . . we have increasingly begun to confound our politics with our faith. To the point where instead of our faith dictating our attitudes on political and social issues, we are instead allowing our political party to dictate our attitude on issues that are clearly consistent with who we are. . . . Climate change is a casualty of much larger societal issues. If we can get past the issue of rhetoric and politics, and actually start talking about what’s in our hearts, I have seen amazing things happen in terms of moving forward to look at solutions that are consistent with the values that we have.” 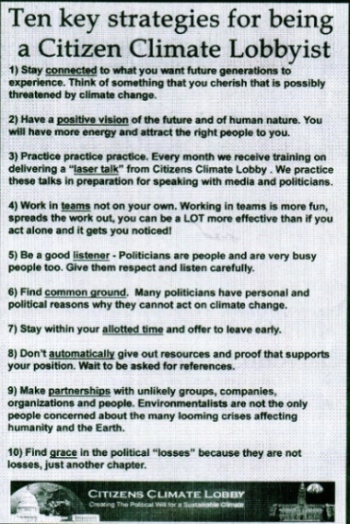 Hayhoe has built her influence in the faith-science discussion, in part, by declining to participate in combative media debates that pit pro- and anti-climate changers with each other.

In fact, she points to a group with which she readily identifies, which has a growing presence in Canada, Citizen’s Climate Lobby. The website for that group contains a strategic guide which summarizes the approach Hayhoe tries to follow in acquainting people who might otherwise be ‘enemies’ with facts and information about climate science.

In our interview, Hayhoe made three points for consideration.

Hayhoe will give three lectures at Trinity Western; all are open to the public:

← Christ and Cascadia Conference kicked off a long-term dialogue
Job rejection: Bad manners or prohibited discrimination – or both? →