Since 2011, CityGate Leadership Forum has coordinated the Planted Community Food Network to help seed a cultural shift in Greater Vancouver away from haphazard food charity, toward a sustainable local food system – opening access to affordable nutrition by building on the strengths of the vulnerable and fostering relationships between neighbours. 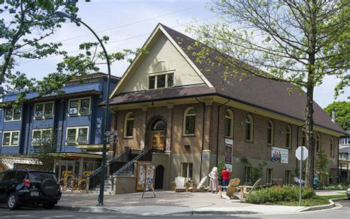 No, it is not the need for a free meal program that is rare, though it may be surprising to find in the toney west-side neighbourhood known for its beaches, high-end sporting boutiques and organic eateries.

All that shining health and beauty makes it easy to overlook the significant number of unsheltered and other highly vulnerable residents (pensioners, widows, the disabled, mental health patients, single parent families, etc.) who are struggling with poverty-related challenges.

Nor is it unusual for multiple churches from different denominations to participate in a free meal program for their vulnerable neighbours. I can point to examples in Burnaby, the Tri-Cities, Langley and Cloverdale.

First, rather than each congregation taking a turn in hosting the meal, these four are deliberately mixing their volunteer teams together.

My colleague Karen Giesbrecht and I had become increasingly perplexed as we saw three of the four community meals programs in Kits and West Point Grey shut down over the last few years when the individual churches which ran them left the neighbourhood or no longer had capacity to continue on their own.

So when Dan Matheson, pastor of the Tenth Church’s Kitsilano campus, determined his parishioners were ready to step into the gap, we were more than delighted that he invited all the pastors ministering in the neighbourhood, including the mainline and Roman Catholic ones, to bring their people into the effort, and that together they asked Planted to coordinate the logistics.

While the pastors are eager for their churches to get involved in their neighbourhoods and to express God’s heart for the poor by meeting acute need for nutrition, they’ve repeatedly affirmed to each other that what excites them most is the opportunity for their people to work alongside each other in an enduring way.

Jointly offering a meal to ‘the least’ of our neighbours affords us the joy of experiencing Christ in them and in each other.

Our churches are in many ways just as divided as our broader society. But then so were the apostles when Jesus prayed during his Last Supper that they would “become completely one” as he and his Father are one.

Unity in diversity brings unique benefits for spiritual formation and articulates to our tribalized world perhaps the most persuasive testimony to the redemptive, reconciling power of God’s love.

In addition to the four congregations who have committed to the Café already, several more hope to do so in the coming year.

Christ Church Cathedral has contributed staff time and cash toward training the new volunteers, since their Maundy Café was awarded a social innovation grant by the Vancouver Foundation to share their model (developed with help from Planted) as broadly as possible among churches in the Lower Mainland.

Tragically, feelings of loneliness can be worsened by the typical dynamics of soup kitchens and community meals, which use line ups and sharp distinctions between those helping and those being helped.

The café environment, again taking a cue from the eucharist, encourages leisurely dining wherein the roles of guest and host are blurred as they eat together. Eating together leads to cooking and cleaning together. Mutually transforming relationships emerge as trust and skills build.

With Kits Cares about to launch, we aim to see three more collaboratively-run cafés start in 2019 (if you’re interested, shoot an email to karen@plantednetwork.ca).

The third distinguishing factor is that the Kits Cares Café is not being hosted at a church but rather at the Kitsilano Neighbourhood House.

As one of 10 associated neighbourhood houses in Metro Vancouver, Kits House belongs to an international movement of settlement houses that has Christian roots in Victorian England.

Neighbourhood houses dropped their religious reference point long ago, but I like to say the gospel produces very strong “muscle memory” if enacted with integrity among the poor.

Whenever pastors ask me for ideas on how to root congregations back into their local context or how to respond to poverty holistically, I tell them to start at the nearest neighbourhood house.

Some might see further irony, but I see providence, in the fact that the Kits House occupies a converted Greek Orthodox building. One of the livelier debates in sociology is whether we are entering an era of the “post-secular,” where religions thrive rather than die amidst urbanizing trends.

The eminent philosopher Charles Taylor speaks of a “nova effect” after the alleged implosion of “God” under pressure from modernity: longing for transcendence and the divine haunt our culture.

How might Jesus show up now at the corner of 7th and Vine? If we emulate our Saviour’s posture of humble service and homely friendship in a decommissioned sanctuary, what new thing will do he in our scattered churches?

← Overseas for a month, Church for Vancouver will carry on
The Sanctuary Course: loving like Jesus means caring about mental health →