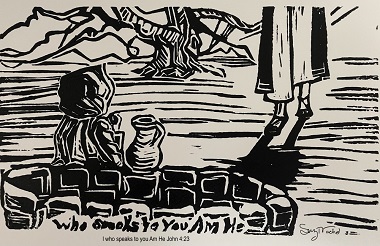 Most of the time, when I hear or read news about climate change, I experience a sense of overwhelming hopelessness.

Last year, more than 100 heat records were broken across British Columbia, Alberta, Yukon and Northwest Territories. During the heat wave, I went out on the streets and parks of Downtown Vancouver to hand out water bottles to our homeless neighbours.

I remember that it was too hot even to have much of a conversation and I remember feeling powerless to help.

All of us experienced discomfort, but the problem went far beyond that. In British Columbia, there were 569 heat-related deaths from June 20 to July 29. The vast majority of deaths occurred among the elderly living in poverty and isolation.

Canada is warming at twice the global rate and heatwaves are expected to become more frequent and more intense. As followers of Jesus, despair and hopelessness cannot be our final response to this reality. But what can we do?

I only want to highlight two wholly Christian responses: prayer and hospitality.

Not long ago, as we were giving thanks for a meal, my 10 year old son, who loves learning about animals, prayed, “God, don’t let our ecosystem collapse.” I think it was right for him to bring up this situation to the Father. As with all sin, the human-caused reckless destruction of creation is something that needs God’s intervention.

Our individual and communal prayer life can and should make us aware of the ways in which we belong in creation and the ways we are called to honour the Creator’s work.

Many of our church buildings could serve as cooling centres in the summer; they could be places where isolated and vulnerable people can find refuge and, perhaps, even friendship! Opening our buildings for the vulnerable, such as the elderly or the homeless, is not merely an opportunity for service, but an opportunity to encounter Christ himself.

As I write this, I am reminded of the passage in John 4, when our Lord Jesus, at the hottest hour of the day, was thirsty and needed water from a public well. Yes, the woman he met there got a taste of living water from Jesus, but she also made sure to leave her jar behind, so that Jesus could have a taste of H2O water. Hospitality is a two-way blessing!

Climate change is a big challenge, and I don’t mean to imply that these two actions (prayer and hospitality) are solutions; but they are part of our response and our witness as followers of Jesus.

I did find a very useful list of actions we could take in response to the crisis: 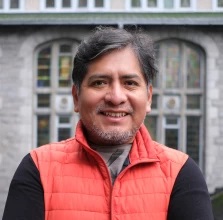 If we don’t prepare and look out for our neighbours, the lack of access to cooling and support for at-risk populations might contribute to heightened suffering and possibly deaths.

David Nacho is Director of Street Ministries at First Baptist Church in Vancouver. He was born and raised in Bolivia and immigrated to Canada in 1997. After finishing his degree in Communications at SFU, David completed an MDiv and an MTh at Regent College, where he met his wife Suzannah. He is pursuing a PhD program at the Oxford Centre for Mission Studies.

This comment is re-posted by permission. It first appeared on the Justice and Mercy Network of the Canadian Baptists of Western Canada.

1 comment for “Climate change and the vulnerable: responding with prayer and hospitality”