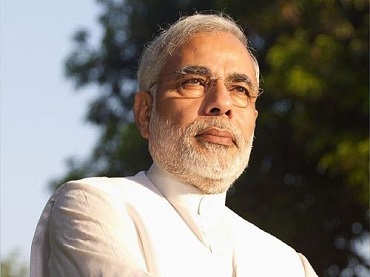 The story of Narendra Modi’s dramatic rise to power in India centres at least in part on his government’s ability to bring the success of “vibrant Gujarat” to the national level.

Modi rode to victory in the 2014 election promising a business-friendly attitude intended to break the logjam of bureaucracy, government interference and protectionism that limited Indian economic growth and thereby to replace the moribund Congress.

The new Bharatiya Janata Party (BJP) government was elected on a liberalizing platform: many Indians looked forward to the expansion of business as investment controls disappeared and new opportunities arose. Modi’s vibrant Gujarat was no classic model of Indian swadeshi [self-sufficiency]: it thrived on expanded FDI [foreign direct investment] flows and globalization, inviting the world to invest in India.

Indeed, liberalized investment flows were the stock in trade of the new BJP. In June 2016, Fortune hailed the new business climate in India, which would benefit pharmaceutical companies, defence contractors and massive retailers such as Apple and IKEA.

Modi hailed the new investment rules, tweeting that they would make India ‘the most open economy in the world for FDI’ and provide a ‘major impetus to employment and job creation.’

But India’s neoliberal opening to the world ends at the entrance to the church. India’s Foreign Contributions Regulations Act (FCRA) has provisions that allow the government arbitrarily to restrict charities that receive foreign funding.

In May 2016, even as the Modi government was lauding the free entry of massive foreign corporations, it was introducing new restrictions on the work of a development agency that had been feeding and educating children for decades.

By February 2017, the government had effectively closed down the work of Compassion India, in spite of impassioned pleas from the US Congress. The reason? Compassion’s work is done “in Jesus’s name” – and works directly with Christian churches which might possibly want to spread the message of (God forbid) Christianity.

The decision to target Compassion seems to fit into a wider campaign by the BJP and its supporters to contain and even reverse the freedoms of religious minorities. It fits into an ongoing campaign of fanatic intimidation and even violence against Christians that has been consistently documented by Christian organizations like the Evangelical Fellowship of India.

Religious NGOs, including Hindu organizations, figure as the largest recipients of foreign support in India.  According to the Times of India the three top internationally financed NGOs include two Christian charities (Ayana and Believers Church India) and Param Shakthi Peeth, a Hindu charity linked to the sangh parivar – the very religious organizations that support the BJP.

Compassion India was smaller than these organizations, but it received 118 crore rupees (£14.24 million) from its international parent organization in 2014-15. On the face of it, this might be concerning to those who see such development initiatives to be thinly veiled attempts to reward conversion to another faith. Indeed, several Indian states have sought to legislate on conversion activities.

But such anti-conversion efforts are ill-conceived and only inspire vigilante attacks on those engaged in good faith proclamations of their religious beliefs. Conversion by inducement is hardly a true conversion.

Humanitarian giving: an act of faith

Whatever one thinks of the proclamation of religious beliefs, it is important to note that the humanitarian giving that underpins global development organizations is almost always an act of faith.

Not surprisingly, religious charity and activism is big business. In a recently published study, Brian and Melissa Grim estimate that religious organizations, social service providers and related businesses contribute $1.2 trillion to the US economy. Religious freedom and pluralism in the US is an essential part of a wider package of freedoms that contribute to its economic function – and vibrancy.

The rise of today’s BJP indicates that it too, has benefited from a tolerant and friendly environment for religious movements.

Compassion’s business model takes advantage of the existence of local churches as the institutional backbone of its work. Until 2017, it was feeding, educating and enriching the lives of 145 000 children in various parts of India.

Indian churches delivered the aid, but the beneficiaries included Hindus, Muslims and Christians, among others. As in the case of the vast majority of Christian organizations, the aim is to benefit all of Indian society – as an outpouring of Christian concern. Compassion India employed 127 Indians, not to mention the benefits that accrued to service providers.

That churches supported by Compassion engage in the spread of Christian faith should not be concerning to a government rooted in the spread of its own conception of Hindu dharma. That Compassion’s work brings foreign capital should equally be pleasing to a government committed to the liberalization, modernization and globalization of India’s economy.

Nevertheless, by bowing to the baser instincts of its constituency in the sangh parivar, the Indian government is demonstrating the paucity of its commitment to transparency and the open market.

The plight of one development agency may not constitute a tidal wave of protectionist sentiment linked to religious faith, but it is part of the larger disrespect for pluralism and diversity demonstrated by the BJP government and its supporters. This in spite of the essential role of Indian pluralism in the rise of the party and its allied organizations. 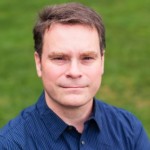 Paul S. Rowe is professor of political and international studies at Trinity Western University. He teaches in the areas of international and developing world politics, with regional specialties in the Middle East and South Asia, and a special interest in religion and global politics. He has written and edited several books, including Religion and Global Politics (Oxford University Press Canada, 2012)

This comment is re-posted by permission; it appeared first on IAPS Dialogue.

← One Church: Voices Together; Catholics & Evangelicals; One City, One Message
Wishing Andrew Scheer good luck, while reflecting on The Benedict Option →