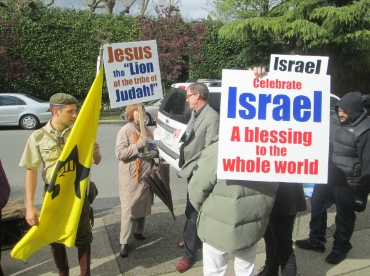 Gary Burge met with Christian Zionist protesters outside of the ‘Seeking the Peace of Jerusalem’ conference.

Two conferences bearing on complex and contentious issues related to Israel and Palestine were held in Vancouver last week. I attended both – my first experience with these organizations – and was pleasantly surprised and encouraged to hear dialogue with ‘the other side’ promoted at both conferences.

This Year in Jerusalem: Messiah at the Exclamation Point – Evangelism and Reconciliation in the Land ran from April 20 – 22 at Sutton Place Hotel in downtown Vancouver.

The North American branch of the Lausanne Consultation on Jewish Evangelism, which sponsored the conference, was holding its annual meeting in Vancouver. The LCJE-NA is part of the Lausanne Movement, which began in 1974 as a way of bringing evangelical Christian leaders together to discuss a way forward in world missions.

Sabeel (Arabic for ‘the way’), is based on liberation theology and raises awareness of the presence and plight of Palestinian Christians in the midst of the intractable conflict. It has taken a strong non-violent stand against the “violent and illegal Israeli occupation.”

This Year in Jerusalem: Messiah at the Exclamation Point

The Lausanne conference presenters and participants included both Jewish and Gentile followers of Jesus from the United States, Canada, Europe and Israel. Papers presented are available here. 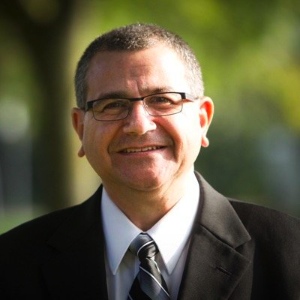 David Zadok is a Messianic Jew who says he cannot ignore Palestinian suffering.

David Zadok, an Israeli-born Messianic believer, had a 17 year career as a civilian in the Israeli Defense Forces and is presently director of Ha-Gefen Publishing in Jerusalem. In A Messianic Jewish View on the Israeli Palestinian Conflict, he presented his personal view of the conflict, outlined a thorough history and then made some refreshingly self-critical comments:

While the majority, if not all of us as Messianic Jews, believe the land has been given to us as a promise and is indeed part of God’s plan of salvation for the whole world, yet we need to realize that the Palestinians see these promises in a different way. To them the hard question is how can God’s plan of redemption include so many injustices including the confiscation of land by the people of the promise? If God is the God of justice and peace, then why are so many Palestinians suffering? These are legitimate questions that we cannot disregard.

Too often in our Jewish and even Messianic circles, we have the tendency to downplay and ignore the suffering of the Palestinians. Much suffering, caused by the Israelis, and at times Christian Zionism in its more extreme form, has created a wall between Arab Christians.

As believers in the Messiah, with citizenship in heaven, with a new heart and a new identity, our views of the conflict between the Israeli and Palestinian positions, and for that matter any similar issue, should be shaped by our understanding of the Word of God, and not by our nationalistic inclination. And this is not an easy task.

Another talk that caught my attention was The High Cost of Biblical Reconciliation, given by Galen Peterson. He described the difference between justice- and forgiveness-based reconciliation, which is demonstrated, respectively, by followers of Palestinian liberation theology (justice) and Arab evangelicalism (forgiveness).

Peterson challenged both communities to “bear each others’ burdens,” adding that:

The most poignant needs for this approach are the issues of Israel’s right to exist as a nation and the welfare of the Palestinian people. Israelis currently advocate for the former and Palestinians do the same for the latter. The result is a perpetual stalemate. 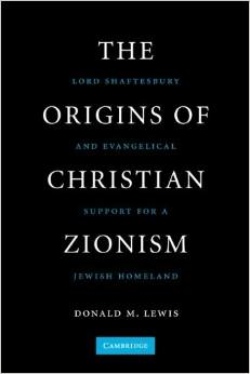 Don Lewis of Regent College (and the author of The Origins of Christian Zionism (Cambridge University Press) took part in an evening panel discussion on ‘Does the New Testament Affirm National Israel’s Old Testament Land Promise?’

He stated that although he is a Christian and a Zionist, he is not a Christian Zionist. He argued (following Bruce Waltke’s Land in the New Testament) that the land promises of the Old Testament become universalized to encompass the whole earth. The discussion amongst panelists and audience during Q&A was lively and respectful.

The final presentation, by Olivier Melnick, asked: Is Christian Palestinianism part of Eschatological Anti-Semitism? His assessment was that the rise of Christian Palestinianism is a threat and will pave the way for radical Islam and anti-Semitism to take over, leading to the demise of Israel and the Jewish people.
I could feel Melnick’s intensity, possibly because he is from France, where anti-Semitism and Islamic extremism are a significant reality. I even felt pangs of existential fear myself, although rationally I knew it was a poor interpretation and painted with a very broad brush.

Names of the major proponents of Christian Palestinianism were listed, including Naim Ateek, Gary Burge and Don Wagner (all participants in the Vancouver Sabeel event).

Surprisingly, after the lecture, when I publicly let the group know I was thinking of  attending the Sabeel conference, Melnick himself and several others encouraged me to go and to dialogue with the presenters there.

Seeking the Peace of Jerusalem: Overcoming Christian Zionism in the Quest for Justice 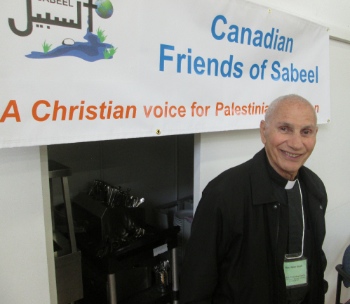 So, the next evening I found myself at St. Mary’s Kerrisdale!

He called Christian Zionism an “aberration” which contradicts the heart of the gospel of love and mercy. Urging Christians to challenge “exclusive” texts in the Bible, he pointed out that Jesus never quoted Numbers, Joshua or Judges.

Ateek said one sign of hope is that a survey at the Third Lausanne Congress of World Evangelization in Cape Town in 2010 showed almost half (49 percent) of the attending leaders sympathized with Israel and Palestine equally, while only 34 percent sympathized with Israel alone. He also said support for Christian Zionism is dropping significantly among millennials.

When questioned concerning the practice of forgiveness, he responded that it is “not easy to do,” especially when there is no prior repentance but, nevertheless, we are called to practice forgiveness, as in the Lord’s prayer. 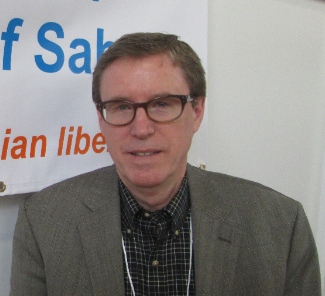 Gary Burge considers Christian Zionism a political theology and warns against adopting it.

The following day, Gary Burge spoke on ‘Evangelical Zionists and Their Commitments.’ Burge is a New Testament scholar at the evangelical stronghold Wheaton College and has written Whose Land? Whose Promise? and Jesus and the Land.

He defined Christian Zionism as “a political theology, a synthesis of political ideology and religion” – an attempt to give divine endorsement to modern Israel. He said Christians have a long history of mixing religion and politics, pointing out that while we can see earlier mistakes (the Crusades, South Africa . . .) clearly, we rarely see our deficiencies in the present.

(Yet, I asked myself, isn’t the Palestinian liberation theology movement just as much a political theology?)

Burge said his argument was not over Israel’s right to exist, but with the church and some of its teaching. He gave a clear outline of how Christian Zionism is not theologically acceptable. (When asked later for a brief overview of his position, he suggested his article Why I Am Not a Christian Zionist. For a different point of view, in part responding to Burge, read Is Christian Zionism Based on Bad Theology? by Judith Mendelsohn Rood; her paper was submitted at the LCJE-NA event, though she was not able to attend.)

While at the conference, Burge walked outside of St. Mary’s to talk with Christian Zionist protesters who had gathered (along with members of the Jewish Defense League) to protest the event. More than once he urged conference participants to continue open dialogue with Christian Zionists, noting that the movement was losing ground both at Wheaton and in the evangelical world at large as the weakness of their theology becomes better known.

Burge soundly denounced supersessionism (which teaches that the church has replaced Israel in God’s plan) and discounted dual covenant theology (which says that Jews can obtain salvation through the Old Covenant). Instead, he argued from Romans 11 for ‘fulfillment theology’ – that the Jewish people have a protected place until the Second Coming of Jesus, at which time they will be grafted into the one olive tree. 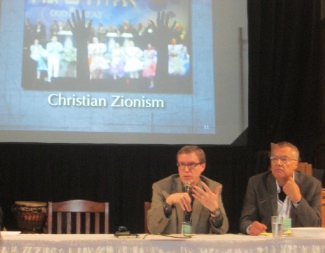 Gary Burge and Don Wagner have worked together on issues related to Israel and the Middle East for many years.

Following Burge’s lecture, Don Wagner spoke on Christian Zionism in mainline Protestant and Catholic churches. Wagner was for many years director of Evangelicals for Middle East Understanding and co-edited, last year, Zionism and the Quest for Justice in the Holy Land.

Wagner said Christian Zionism has thrived in mainline Christianity, though not in the dispensationalist form it has taken in evangelical circles. He noted that while Walter Brueggemann “has teetered a bit on the issue,” Chosen? – which is due out later this year – will state clearly that “the Bible is not an ideological prop for the state of Israel.”

Following the talks by Burge and Wagner, there was opportunity for Q&A, during which time I passed on what I had heard at the LCJE conference in terms of self-criticism and a desire to be more pro-active in reconciliation with the Palestinians.

It was a full week and I learned a lot at both conferences!

I was encouraged by the expressions of conviction from many presenters at the LCJE-NA conference who are doing the difficult work of challenging their own accepted party lines to promote reconciliation and justice.

Reflecting on my time at the Sabeel conference, I was thankful that I heard clear warnings against anti-Semitism, and I appreciated deeply their concern for the human rights issues affecting Palestinians under occupation. I do fear, however, for seeds sown in the anti-Christian Zionist view that could lead to delegitimization of the state of Israel. 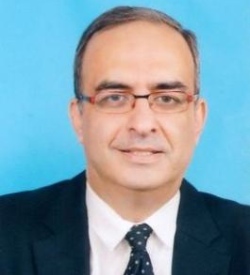 Botrus Mansour pleads for awareness of the church in Israel/Palestine.

I agree with Naim Ateek’s plea that “we need to listen to the prophetic voice of those who live in the land.” In light of the energy and money the Western church invests in their chosen side of the conflict, I was happy that I could share a prayer request recently sent to me by a wise and committed Christian brother who does live in the land – Botrus Mansour, general director of Nazareth Baptist School:

We feel that the Christian world take sides in the conflict, forgetting that there is a vibrant body of believers in the land that need support and encouragement. Please pray for raising awareness in the church in the West [about] the church in Israel/Palestine.” (email correspondence from Botrus Mansour, April 8, 2015) 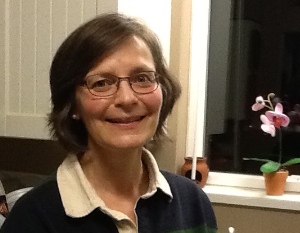 Jennifer Roosma is a native of Vancouver. Her mother was a Jewish refugee who fled Vienna in 1938. Her grandfather, a member of the Austrian Resistance, died in the hands of the Nazis in the Vienna Detention Centre in 1938. Jennifer is a medical doctor and has been a member of OMF International for 20 years; she served with her husband Gary in East Malaysia for 10 years among the indigenous churches. They are presently serving with OMF in Richmond while their three sons are studying at UBC. The family attends The Tapestry Church in Richmond. Jennifer’s interest and support of reconciliation initiatives in Israel / Palestine was activated after a visit there in 2013, sponsored by the Conway Holy Land Travel Bursary through Regent College, from which she graduated with an MA in Applied Theology in 2014.