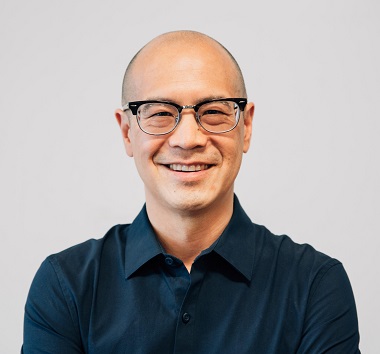 Asian Christians have to juggle their Asian culture with their Canadian citizenship – and their faith. Albert Chu thinks that may give them a unique ability to thrive in our secular culture.

Creating Conversation is a weekly editorial, curated by the Centre for Missional Leadership, and gives opportunity for people to speak about issues they believe are vital for the church in Vancouver.

This article contains excerpts from Chapter 6 of Christianity: An Asian Religion in Vancouver, written by Ross Lockhart, Jason Byassee and Albert YS Chu, an upcoming publication with Wipf and Stock Publishers.

‘Banana’ is a slang term for an Asian person who is ‘white on the inside and yellow on the outside.’ This was a common term that one of the authors (obviously Albert!) was often called growing up in Canada. Although he looks Chinese, the perception was that he had been fully acculturated into mainstream North American culture. Not surprisingly, many understand this term to be pejorative.

More recently, another slang term (also understood to be pejorative), that is used among Cantonese-speakers is the term ‘Jook-sing.’ Jook-sing is a Cantonese term for an overseas born Chinese person. The origin of the word relates to the bamboo rod. If you were to take a careful look of the stem of a bamboo plant, you would notice that the stem of the bamboo plant is hollow and compartmentalized. Thus, water poured in one end does not flow out of the other end.

What then if you were to add someone who also identifies as a Christian into the discussion? Is a jook-sing Christian even further compartmentalized? Not truly Asian, not truly Canadian, nor truly Christian either?

Jotaro Kawabata, when asked about his identity as a Japanese Canadian Christian, comes up with another helpful description. Jotaro sees his identity less like a bamboo rod and more like a Venn diagram. He sees these three core identities not as competition, but instead simply as descriptors of who he is.

As Jotaro states: “I’m Christian, I’m Canadian. I’m Japanese. It’s all mixed up. It’s not one over the other. It’s not mutually exclusive.” Much like how someone may have a hyphenated name, Jotaro and many other Asian Canadian Christians have come to fully accept their hyphenated identity.

This does not suggest that there is no tension. The typical Asian Canadian Christian has to negotiate between not two, but three worlds, hoping to find a balance between family, church and Canadian society.

For Jotaro, it is the struggle between his Japanese heritage and Canadian culture that causes the most tension and stress. Interestingly, it is in his identity in Christ that helps reconcile this tension. As Jotaro states,

This is why Vancouver is so unique. I needed a grounded identity, which I found in Jesus. I was so lost in my identity as a Japanese Canadian. Even to this day, I struggle with it. The Japanese culture is to give to others, to work hard for others, but in the Canadian culture, that may not be highest priority. Even to this day, I still struggle with it, but time and time again, I realize that Jesus is the one who wants to centre me to make sure I have balance between the other two.

Although Jotaro didn’t use the words, he is pointing to something that is found throughout Scripture, a recurring emphasis for the people of God to place their ultimate allegiance and primary identity upon Christ. Could Galatians 3:28 actually be true, and baptism gives us an identity that gathers up our lesser ones in Him? . . .

Instead, we ask, what does faithful engagement with a secular society, specifically from a minority position, look like?

What values should one keep and from which culture? Could it be that this daily negotiation of what it means to live as an ethnic minority provides Asian Christians the tools and skills to better sustain a distinctive Christian identity in a secular setting? . . .

Perhaps this is a unique opportunity for Vancouver. As more immigrant Christians come to Vancouver, they bring with them their experience as Christians living in a minority and unprivileged place in society. Many even come from places of persecution and suffering. The Western church has lots it can learn from them.

Moreover, as jook-sings continue to grapple with the complexity of their ethnic identity and Canadian culture, perhaps they can help the Western church discover what it means to provide a faithful witness from a minority culture perspective.

Albert YS Chu is Director of the Centre for Missional Leadership at St. Andrew’s Hall. He is also the Lead Pastor of the Tapestry Church, a multi-campus church in the Lower Mainland.