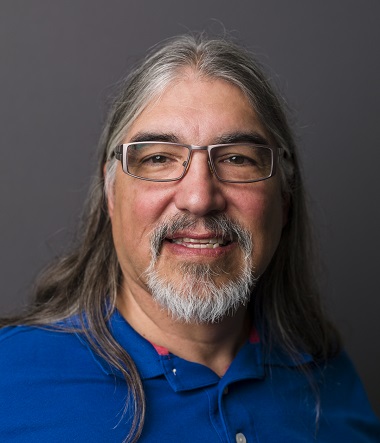 This weekly editorial gives opportunity for people to speak about issues they believe are vital for the church to respond to. Thanks to Vancouver School of Theology professor Ray Aldred, who offered this sermon text.

We also invite you to use the article as a discussion starter with your church small group, your church staff, your friends or your neighbours. Feel free to re-post the article on your own social media. Thanks for participating in the conversation!

The news of the finding of the unmarked graves of what is estimated to be 215 children from the Kamloops Indian Residential School has produced all kinds of emotions. A Nisga’a friend put it best for me: “It feels like losing a relative.”

All the emotions, all of the pain of being part of a country that has as its history the systematic attempt to destroy Indigenous people’s connection to land, family, creator has led, ultimately to Indigenous people being saddled with all kinds of wounds and hurts that have complicated lives.

When something like this happens then we are taken right back to the pain for many Indigenous people, right back as if it just happened. That is why this kind of generational trauma needs healing work. So I want to talk to you for a short time about my thoughts and what the call from Indigenous people continues to be for the rest of Canada – a call for reconciliation.

A quote from the Royal Commission on Aboriginal People states:

The residential school system was an attempt by successive governments to determine the fate of Aboriginal people in Canada by appropriating and reshaping their future in the form of thousands of children who were removed from their homes and communities and placed in the care of strangers.

Those strangers, the teachers and staff, were, according the Hayter Reed, a senior member of the department in the 1890s, to employ ‘every effort . . . against anything calculated to keep fresh in the memories of the children habits and associations which it is one of the main objects of industrial education to obliterate.’

Marching out from the schools, the children, effectively re-socialized, imbued with the values of European culture, would be the vanguard of a magnificent metamorphosis: the ‘savage’ was to be made ‘civilized,’ made fit to take up the privileges and responsibilities of citizenship. (RCAP 1:335)

The Canadian government aimed at the children because they thought the adults were too hard to teach, so, using the Indian Act, Canada legislated that Indigenous children had to attend residential schools.

Matthew 18 echoes in my mind: “Anyone who causes on of these little ones to sin, it would be better to that a stone be hung around their neck and cast into the sea.”

Surely church people know this passage, so why would church people take children away from their parents and seek to eradicate every relationship and value and practice that made them Indigenous – even though by 1867 many Indigenous people had embraced the gospel?

The answer, in part, was a built-in racist colonial attitude the permeated Canadian society, including the Canadian church. The country of Canada was consumed – as nations states were at the time – with having dominion from sea to sea. They saw Indigenous people as less civilized.

Moral training, according to the Catholic principles of schools, was to supplant Aboriginal spirituality, which the church said was just pagan superstition. The Indigenous children were not Christian enough or they were not spiritual enough.

Because Canadian church people, as so many church people in many countries, fancied themselves as a Christian nation, they thought they were bringing heaven to earth. They ended bringing hell up instead. The unmarked graves of 215 children are further evidence of this reality.

The graves testify to what survivors and communities said throughout the TRC [Truth and Reconciliation Commission] – that relatives disappeared and no one told the family. Nor did they return the bodies of the deceased. They did not even let the families know they had died. Finally, they detached the relationship children had with the Creator.

The Euro-Canadian church ended up more firmly entrenching the effects of the fall by cursing Indigenous land; by putting enmity between men and women, children and parents, people and people; and by driving them out of the presence of God into a land of torment. All this led to children dying far from home or growing up trying to get home but being alienated from their own selves.

If you define sin as anything that cuts off or prevents someone from feeling love and being able to receive love, then Canada is guilty of causing these little ones to be ravaged by sin. This sin has resulted in people who are stuck in a state of self-contempt and unable to move forward. This is not the victims’ fault. The sin of their abuser holds them down and they need the Creator to set them free.

In the light of all this, is it not time for churches to stop pointing the finger at each other and saying, “It was them.”? Is it not time stop saying that it was people in the church, not the church? Claiming that your church is innocent or that your group is innocent only sows seeds of dissent.

Everyone who calls Canada home is guilty in this story; this guilt is not feeling but an objective state. The problem with most abusers is that they do not feel legitimate shame for their actions. Instead, they put the shame they should feel on their victims. Instead of owning their own failures and using the shame to give energy to  efforts to change, they go through a process of saying that they are innocent, or that they are not to blame.

Or in a show of power and strength, they get angry and march out of the room or the meetings. Or they look with nostalgia on the past, ignoring the colonial racist legacy of Canada, viewing this period as a time when the church really did evangelism or really was growing. This blindness is systemic racism.

What should happen is that Canada should embrace its failures. Metaphorically, this means cutting off a hand, gouging out an eye, and taking responsibility for what has happened. The rhetoric that Indigenous people should just work harder, follow the rules and everything will be okay needs to end.

Instead, the Canadian church should make the failure part of the story, and then work to write the next chapter where Canada stops denying and promising but begins to work out and implement a shared plan to heal the damage. All this is true because God cares about children and people. God cares about Indigenous children and these 215 are with the Creator and are before the Creator through eternity.

In the Truth and Reconciliation process, Indigenous people told the truth. They came to their relatives, the Canadian people, and they told them the things that Canada had done wrong. As Matthew 18 instructs, they came to Canada and told them their sin.

Thanks to Indigenous Elder Jillian Harris teachings’, I understand that this passage in Matthew 18:15-18 is not talking primarily about Church discipline, it is talking about seeking reconciliation: “Go to your brother or sister if they have sinned against you.”

Indigenous people have done that, not to sever the relationship with the newcomers but to seek reconciliation. “Go tell them their sin. If they listen, you have a relationship affirmed. If they don’t listen, take witnesses.” Indigenous people did that. They began to file lawsuits and Canada and the church had to take notice but still they resisted. Look at the records. “If they will not listen, take it to the church”.

The United Church, the Anglican Church, the Presbyterian Church, parts of the Catholic Church began to apologize and put pressure on Canada to own up to their sin.

Indigenous people have lived out this passage. They are the most forgiving, long-suffering people I know. Even in the face of this further evidence of the attempted cultural genocide, they continue to call for reconciliation. Let us not miss the opportunity to feel deeply and continue the work of reconciliation.

Rev. Dr. Ray Aldred is a husband, father and grandfather. He was ordained with the Christian and Missionary Alliance in Canada. He is status Cree from Swan River Band, Treaty 8. Born in Northern Alberta, he now resides with his wife in Richmond. Ray is the Interim Academic Dean and Director of the Indigenous Studies Program at the Vancouver School of Theology, whose mission is to partner with the Indigenous Church around theological education.

Formerly Ray served as Assistant Professor of Theology at Ambrose Seminary in Calgary. He is a former chairperson and board member for Indigenous Pathways. He is former Director for the First Nations Alliance Churches of Canada, now a committee member, where he works to encourage Indigenous churches.