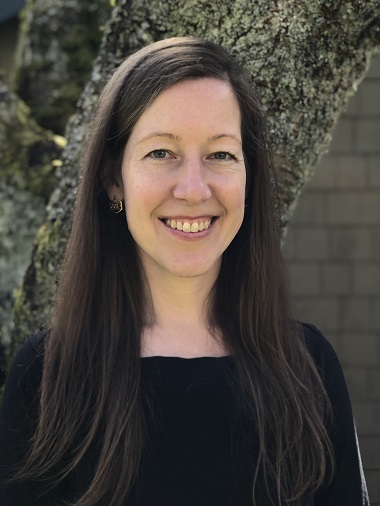 When people ask me, as they often do, about some of the challenges facing those arriving in Canada as refugees, I can reel off a list from memory – housing, language barriers, navigating the healthcare system, isolation, finding employment, cultural and religious differences, and more.

But increasingly, the obstacle I want to add to that list – but haven’t – is money.

By ‘money,’ I don’t simply mean the lack of it (that is, poverty, which is implicated in many of the challenges above).

Rather, I also mean how central money is in our lives, and how it too often creates division, social stratification and isolation, not only in our society at large, but also in our churches.

Albert Chu named this well in his own piece for this ‘Creating Conversation’ series. In a comment near the end of his call to consider what inclusion and diversity looks like in our Christian communities he wrote:

When we talk about diversity, we must talk about diversity across the board. Of course, that includes people across different social economic strata. Admittedly, that has been the hardest for us. What does it mean to be a church not only for the comfortably middle class of Vancouver, but also for those who are marginalized?

I told Albert that I resonate deeply with this comment, as I’m growing convinced that socioeconomic differences are the key challenge for us today to understand and confront when moving towards true mutuality, inclusion and diversity in the way of Jesus.

The longer I am involved in the work of welcoming those who have come as refugees the more I see this: in my opinion – which I am willing to have countered! – over time the biggest barrier towards full belonging in our churches for newcomers-to-Canada with refugee experience is not cultural differences, or even differences in background experience (one group having gone through forced displacement and the other not).

Instead, the biggest barrier becomes that one group frequently exists close to the poverty line – without a clear sense that they’ll ever move away from it – and the other group too often has very little idea what that looks like.

When I was invited to contribute to this series, I said almost immediately that this barrier was something about which I’d like to write. But the closer the deadline for this piece came, the more I didn’t know what I wanted to say.

Because the truth is, I don’t know how to talk about money.

Most of us who seek to follow Jesus and participate in God’s work in the world have a sense that how we think about and deal with money is bound up with the gospel call on our lives. We talk about – and generally practice – tithing, we can articulate that money shouldn’t be an idol and we have courses and sermons and conversations about proper stewardship of our resources. All of this is good and important.

But despite this, we often don’t recognize what Jeremiah Damir Bašurić, a pastor and educator in Edmonton, articulates well in a piece he titled, ‘A Church for Whom?’

Susan Durber argues that a church without those in poverty in their midst will have “deeply distorted values”; they will be blind to certain aspects of the gospel and, ultimately, cease to be the church. (Poverty: The Inclusive Church Resource, Darton, Longman and Todd Ltd, 2014, 25).

Bašurić goes on to argue:

The challenge today is to recover the radical nature of the gospel in which, as Greg Paul says, “people who are poor are not merely the subject of outreach efforts, but are found right at the heart of our worshipping communities.” (The Twenty Piece Shuffle: Why the Poor and Rich Need Each Other, David C Cook, 2008, 77).

And so the conversation returns to money. But why is it so hard to talk about it?

With a good amount of fear and trembling, I offer a few initial wonderings. I hope readers will join in, giving critique, feedback and suggestions of your own. I look forward to learning from you.

One of the things many newcomers-to-Canada are told in their ‘orientation to Canadian culture’ is that it is rude to ask Canadians how much money we make. While this is certainly understandable, the impression they are left with creates a culture of secrecy.

The irony is that many newcomers themselves – particularly those who arrived as refugees – are obliged to disclose almost every aspect of their financial situation on a regular basis, whether to their sponsors, their settlement workers or the agencies / organizations providing them with financial assistance.

The result is that the only people who are required to be open about money are those who don’t have much of it. But rather than talking about it in a space of care, they are forced into talking about it only from a place of need, further stratifying them solely as recipients.

In our churches, this can take a different turn. What sometimes happens is that in a well-intentioned effort to protect the privacy of those with less money, only a small select group – such as deacons – sees the realities of people living close to the poverty line.

The rest of the congregation remains distanced from what life is like for people who live paycheque to paycheque, or people who never take vacations because they can’t afford to, or people who access food banks on a regular basis.

Our conversations during church social / fellowship times can then comfortably remain circled around our latest holiday trip, the newest restaurant we’ve tried, or what vehicle we’re considering purchasing. We remain shielded from the realities of not having money, and inhibited from living in solidarity with one another, further isolating those who live in poverty.

Most of us have some awareness of societal realities and systemic disparities around money. But, partly because of the secrecy around finances, we exist in a culture of shame. Those without money feel the shame of needing to ask for help, especially in a society where we over-value self-sufficiency. Those with money feel shame for reasons that I suspect many of us have difficulty articulating.

But one concrete result is that we buffer our shame by surrounding ourselves with people of similar socioeconomic status to us. For example, if I can limit the places and circumstances in which I spend time with those living near the poverty line, they may never know the full extent of the socioeconomic differences between us, and I’m then less compelled to wrestle with what my responsibilities in those differences may be.

In our capitalist, consumer-oriented culture, it can be easy to forget that all of life and all we have is a gift from God. In this forgetting, we convince ourselves that ‘we have earned’ every dollar in our bank account. Which, by extension (even if we’ll never say it aloud) means ‘they have not.’

We commodify every aspect of our lives, living out of a scarcity mindset and reducing human dignity and what it means for life to have meaning and value to quantifiable data (employment, income, taxes paid).

I wrote about this elsewhere, after one newcomer I met cut through the sometimes superficial illusion of our ‘Canadian welcome’ when he told me, “Here I feel like I’m not worth anything unless I’m making money.”

A truly open conversation about money is intimidating. What will it mean for us personally? How might the source of our money, or how we spend it, be indicted? What might we be asked to ‘sacrifice?’ What if we don’t have ‘enough?’

But amidst those challenges, the gospel call is clear: be not afraid. We are invited to imagine and live into an alternative community, one defined by covenantal (and not contractual) relationships, and by more nuanced qualitative characteristics (neighbourliness, imaginative hope, Christ-like love). And so another offering, this time of some postures to enter the conversation:

One of my friends feels strongly that it should be common practice in churches and Christian communities to freely disclose salaries and incomes with one another. Certainly this needs to be accompanied by careful discussion about the purpose of that disclosure and what we do with it (something with which my friend would firmly agree). But her point stands: we can’t talk well about money unless and until we’re willing to bring our own finances fully into the light.

In order to be truly open with one another about money, we must create communities in which people can trust they will not be shamed around this topic – either for having ‘too much’ money, or ‘not enough.’ Removing shame does not mean we won’t call each other to action, but it does mean our disclosures will be met with empathy, understanding and care.

Fundamental to our lives as people of God is the knowledge that ‘we are not our own’ and that all we have comes from, and belongs, to God. Living in gratitude allows us to move away from living out of scarcity, and for those of us with money, it may also help us more clearly recognize the many sources of our dollars (generational wealth, education, privilege of birthplace, health) beyond just our own ‘hard work.’

Our conversations around money must lead to action, but we’re not called to this work alone. We need to converse together, living in mutual accountability and encouragement, and creating communities of mutual aid where none truly flourish until all do.

None of this is simple and many obstacles remain, including legitimate cultural differences around money – and how we talk about it – and entrenched roles that ingrain unhealthy postures in one group as ‘givers / helpers’ and in the other group as ‘receivers / those in need of help’

Like so much of following Jesus, talking about money requires continual prayer, discernment and careful navigation. But if we truly want to be a transformed church that is a church for all of God’s people, it’s a conversation we must embrace.

Dena Nicolai holds the position of Chaplain and Refugee Support Mobilizer with the Christian Reformed Churches of British Columbia. In this position, she seeks to offer a ministry of presence to people who arrive in BC as refugees and to provide a bridge between churches in the Lower Mainland and newcomers.

She also works as a Program Associate with the Refugee Sponsorship and Resettlement Program of World Renew (a Sponsorship Agreement Holder with the Canadian government), supporting churches across Canada involved in the Private Sponsorship of refugees.