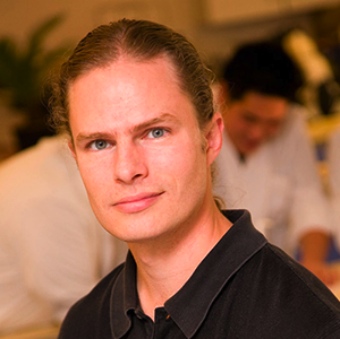 Dennis Venema will make the case for evolutionary creationism.

Several upcoming events suggest that issues related to creation and evolution are still a draw – and, in some quarters, still a matter of contention.

Tonight (March 31), Trinity Western University (TWU) professor Dennis Venema will address the topic Why I Accept Evolution (And Why You Probably Should As Well). The next day, Barry Pointon, who teaches physics at BCIT, will look at The Human-Haunted Cosmos. Throughout the first 10 days of April, Paul Taylor will speak at six churches on topics such as How Old is the Earth? on behalf of the Creation Science Association of BC.
Why I Accept Evolution
As part of TWU’s Faith and Science Week, biology professor Dennis Venema will probably ruffle some feathers when he argues Why I Accept Evolution (And Why You Probably Should As Well). Here is an abstract of his talk:
Evolution is both a well-attested scientific theory and an area of science commonly disputed by Christians. Is it “compromise” or “capitulation” for a believer to accept the findings of evolutionary biology? Should Christians fight against evolutionary theory using “creationism” or “Intelligent Design”? Do the arguments of ID proponents such as Michael Behe, Stephen Meyer and William Lane Craig stand up to scrutiny? Is an evolutionary understanding of creation in conflict with scripture? This talk will address these questions and argue that Christians are better served by adopting evolutionary creationism as a model for human origins.

Venema received his PhD from UBC in 2003 and won the 2008 College Biology Teaching Award from the National Association of Biology Teachers. ” He writes regularly for the BioLogos Forum about the biological evidence for evolution.
In the first article of a recent series for BioLogos he said:
As a Christian and a scientist, I have long been perplexed by the desire that many Christians have for apologetics arguments made by those without training or expertise in the area under discussion. Unfortunately, most Christians don’t know enough about evolutionary biology or population genetics to know if the apologetics they are reading is sound. One of the reasons for this series . . . is to try to help reverse that trend. Once one understands the relevant science, one is in a much better position to evaluate an apologetics argument as helpful or misguided.
The Human-Haunted Cosmos 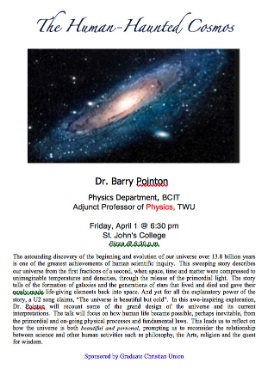 Barry Pointon, who teaches physics at BCIT and (part-time) at TWU, will lecture on The Human-Haunted Cosmos, an event sponsored by the Graduate Christian Union and the Canadian Scientific and Christian Affiliation.
Here is a description of the event, which takes place April 1, 6:30 pm, at St. John’s College on the UBC campus:
The astounding discovery of the beginning and evolution of our universe over 13.8 billion years is one of the greatest achievements of human scientific inquiry. The sweeping story describes our universe from the first fractions of a second, when space, time and matter were compressed to unimaginable temperatures and densities, through the release of the primordial light.
The story tells of the formation of galaxies and the generations of stars that lived and died and gave their newly-made life-giving elements back into space. And yet, for all the explanatory power of the story, a U2 song proclaims: “The universe is beautiful, but cold.”
In this awe-inspiring exploration, Dr. Pointon will recount some of the grand design of the universe and its current interpretations. The talk will focus on how human life became possible, perhaps inevitable, from the primordial and ongoing physical processes and fundamental laws.
This leads us to reflect on how the universe is both beautiful and personal, prompting us to reconsider the relationship between science and other human activities such as philosophy, the arts, religion and the quest for wisdom.
Pointon completed his PhD in radiation physics at UBC in 2007; he also has a Diploma of Christian Studies from Regent College (1999) and an MSc in nuclear physics from Simon Fraser University (1989).
How Old is the Earth? 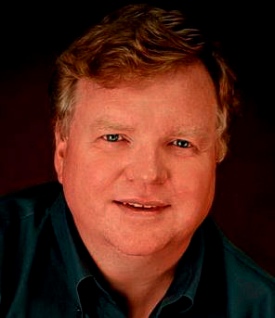 Paul Taylor will lecture at several churches for the Creation Science Association of BC.

Starting the same day as Pointon’s lecture, April 1, through to the 10th, Paul Taylor will make a tour of several Metro Vancouver churches.

Taylor is the director of Mount St Helens Creation Centre and has written nine books, including The Six Days of Genesis and (with Ian McNaughton) Darwin and Darwinism 150 Years Later. He has a degree in chemistry and has taught science in public (government) schools in the United Kingdom for nearly 20 years, along with writing and speaking about creation and apologetics for more than 35 years.

Taylor will present these talks:
Mount St. Helens: A Message for Today, New West Community Church (April 1);
How Old is the Earth?, Willingdon Church, Burnaby (April 2);
No Compromise, Renfrew Baptist Church, Vancouver (April 2);
Mount St. Helens: A Message for Today, Faith Lutheran Church, Surrey (April 7);
Mount St. Helens: A Message for Today, Cloverdale Presbyterian Church (April 8);
Mount St. Helens: A Message for Today, Newton Fellowship Baptist Church (April 9);
Creation or Evolution: Who Cares?, Richmond Alliance Church (April 10).
Regent College lectures
Out at Regent College, Ross Hastings and Loren Wilkinson will broaden the focus.
At his installation as the Sangwoo Youtong Chee Chair of Theology April 9, Hastings will deliver a lecture titled Echoes of Coinherence: Theology and Science in Conversation. He holds a PhD in organo-metallic chemistry from Queen’s University, Kingston and a PhD in theology from the University of St Andrews, Scotland, his native country.
Wilkinson will discuss The Singular Universe and the Triune God May 19.
Arnold Sikkema / CSCA
Dr. Arnold Sikkema, professor of physics and chair of the mathematical sciences department at TWU – and current president of the Canadian Scientific and Christian Affiliation – was recently interviewed by pastor Todd Gallahar of Burnett Fellowship Church in Maple Ridge on issues such as “How should church-goers think about science?.” Go here for the ‘Bringing Science to Church’ interview.
Share this story

← Catholic-Evangelical Conversation showed how to learn from each other
Martial Arts for Justice: Breaking Boards Breaking Chains →

2 comments for “Creation, evolution and the relationship between faith and science”