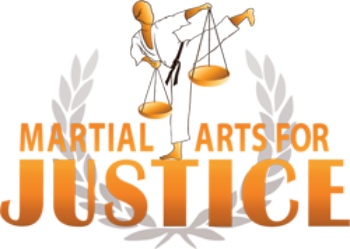 Landsdowne Mall in Richmond will host a unique martial arts display later this month. Members of Richmond Martial Arts will display their skill in ‘Breaking Boards Breaking Chains,’ as part of International Justice Mission’s Martial Arts for Justice anti-slavery fundraising campaign.
Richmond Martial Arts students will take part in the Break-a-Thon Fundraiser “to help free adults and children from slavery in Third World countries.” For each $10 they raise they will be given one wooden board to break at Landsdowne Shopping Mall April 23 at noon, by the food court. That demonstration will be followed by a Tricking vs Capoeira exhibition match at 2 pm, between local tricking and capoeira athletes.
At least a dozen martial arts schools across Canada will take part throughout the month of April. Organizers hope to raise about $50,000. 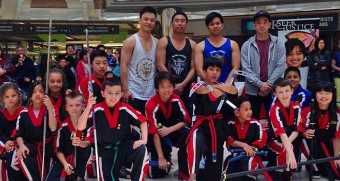 It’s something the kids look forward to. They understand where the money’s going to. But then we don’t talk too much about it, because they’re just kids.

Martial Arts for Justice was founded in 2013 by Master Dean Siminoff, a martial artist with four schools in the Nelson / Castelgar area of southeastern BC; it is designed to be an alliance of martial artists and school owners mobilized to fight for victims of violence, and against slavery and human trafficking. 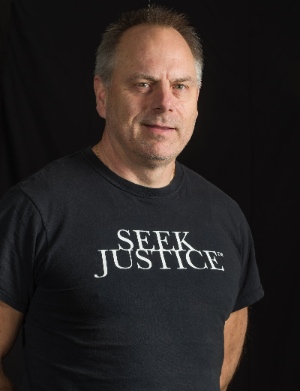 To me, justice and the martial arts have always gone hand in hand. . . . The school I started 20 years ago used the student oath that actually says, ‘I will be a champion of freedom and justice.’ So as I reach out to schools that aren’t Christian, I try to connect with them on this justice level. It’s a common thread, a common language.

Last year, Siminoff went to Uganda and Rwanda to see what IJM was doing. He would like to establish schools over there as well:

In my own schools in 15 years, I’ve promoted close to 100 black-belts,” he says. “If we can duplicate that over there, it can really snowball.

Gary Haugen founded International Justice Mission (IJM) in 1997, after serving as director of the UN investigation in the aftermath of the Rwandan genocide, and as a human rights lawyer for the U.S. Department of Justice. 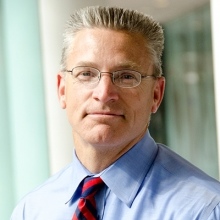 Here is how IJM describes its work:

According to the United Nations, four billion people live outside the protection of the law. . . . Nearly 36 million children, women and men are held as slaves.  . . . We are a global organization that protects the poor from violence in the developing world . . . We’re inspired by God’s call to love all people and seek justice. . . . So far, we’ve rescued more than 23,000 people from violence and oppression. And, today, our work is helping to protect 21 million people globally from violence.
IJM Canada notes the Christian underpinnings of the work:
In the tradition of abolitionist William Wilberforce and transformational leaders like Mother Teresa and Martin Luther King, Jr., IJM’s work is founded on the Christian call to justice articulated in the Bible (Isaiah 1:17): Seek justice, protect the oppressed, defend the orphan, plead for the widow.
IJM’s staff members are Christians from a variety of traditions who are motivated by this call to seek justice for the oppressed. We find strength and encouragement in sharing a spiritual life together. We provide assistance to victims of injustice regardless of their religious beliefs, ethnicity or gender, and are grateful for the support of all people of good will.
The faith-based nature of the work has not prevented IJM from being widely recognized in the media:
Highlighted as one of 10 non-profits “making a difference” by U.S. News and World Report, IJM’s effective model has been recognized by the U.S. State Department, the World Economic Forum and leaders around the globe, as well as featured by Forbes, Foreign Affairs, The Guardian, The New York Times, The Phnom Penh Post, The Times of India, National Public Radio and CNN, among many other outlets.
One early case remembered by some in this area involved sex offender Donald Bakker, the first person to be tried in Canada for child prostitution crimes committed in another country. Some of IJM’s role in tracking Bakker down in Cambodia is told in How Dateline helped put a predator in jail.
For more information on Martial Arts for Justice (or to donate) go here.
Share this story