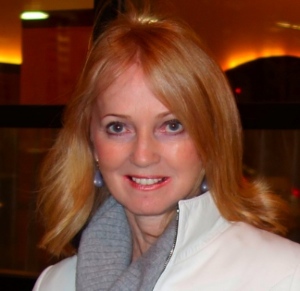 The Harper government’s new prostitution Bill C-36 (the Protection of Communities and Exploited Persons Act) has polarized stakeholders, as evidenced in the ongoing hearings before the Senate Legal and Constitutional Affairs Committee.

There is no consensus among social service agencies who provide support to prostitutes, among prostitutes themselves or among legal analysts and lawyers who study the issues.

Those who condemn Bill C-36 and favour full legalization of prostitution in Canada focus their remarks on the following arguments:

1. Prostitutes choose to work in the sex industry and like it.

Because some women have the emotional maturity to choose this work, it does not mean that one should ignore the vast library of research that shows that in the main, prostitution is a survival strategy, a last option, and the very edifice of prostitution is built on the lie that women like it.

A United Nations International Labour Organization report in 1998 found that prostitution was one of the most alienated forms of labour.

The empirical evidence from Sweden is that street prostitution was cut in half by the Nordic model as working girls were free to sell their services unimpeded by the law in safer, indoor locations. (See ‘The Ban Against Purchase of Sexual Services: An Evaluation 1999-2008’ Swedish Government report 2010.)

With Bill C-36’s decriminalization of common bawdy houses, women will be free to set up their own indoor situations or go online and advertise their services.

It can’t be sugar-coated. Prostitution is a dangerous way to make a living and making it legal for women to sell sex will not change this. However, research shows that safety issues are present whether prostitution is legalized or criminalized.

If one works as a prostitute, no matter the legal structure, there are very high odds of physical and sexual violence as well as long-lasting trauma.(See ‘Prostitution and Trafficking in Nine Countries: An Update on Violence and Post-Traumatic Stress Disorder,’ Dr. Farley et al.)

Governments throughout Europe are adopting laws that embrace the Nordic Model, including socialist (Sweden and France) and progressive governments (Iceland, where the sex industry has virtually been shut down, on account of a large number of women in elected office).

The 12-year legalization experiment in Holland and Australia has been a debacle. Prostitution has increased, trafficking of foreign sex workers has increased, and pimps are now cast as legitimate businessmen. Women and girls work underground rather than registering and paying tax. (See ‘Legalizing Prostitution is Not the Answer,’ Drs. Mary Sullivan ad Sheila Jeffreys 2001.)

5. Bill C-36 will be struck down by the Supreme Court of Canada.

The proposed law is a radical departure from its predecessor. Under the Criminal Code, prostitution was legal. Under Bill C-36 it is illegal for men to purchase sex. The law is no longer directed at activities that surround prostitution, such as soliciting sex on a street corner or operating a common bawdy house. The new law calls a spade a spade. Prostitution hurts and exploits women and children.

Bill C-36 treats women as the victims they are; they will not face criminal sanctions unless they ply their trade in the immediate vicinity of school grounds, playgrounds or daycare centres. All easily avoidable.

The current legislation was struck down because the connection between the effect of the law and the object of the law, i.e. public nuisance, was illusory. It was taking a legal sledge-hammer to maintain public order arising from a legal activity. It was grossly disproportionate. Bill C-36 clearly sets out its goal: the illegality of the purchase of sex and the abolition of prostitution.

Georgialee Lang has practiced as a trial and appellate lawyer in Vancouver for 25 years, and was for several years an adjunct professor at UBC Law School. She appeared as counsel for intervenor Evangelical Fellowship of Canada in the AG v. Bedford Supreme Court of Canada (prostitution) case last year. This comment is re-posted by permission from her Lawdiva blog,which was awarded Best Canadian Legal Blog for 2010 by the Canadian Blog Awards. Georgialee has attended Broadway Church for more than 30 years.

← God’s Little Acre is the fulfillment of Jas Singh’s boyhood dream
Around Town: Atesto at the York, Tenth at St. Mark’s, Artisan at Grand Luxe . . . →