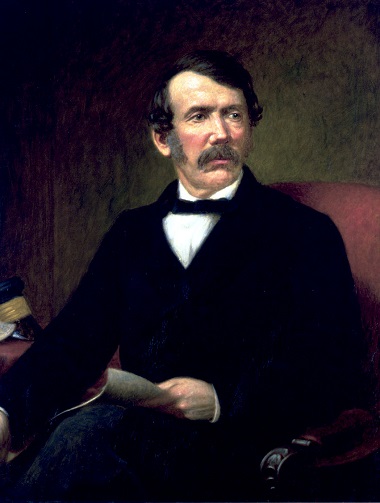 This portrait of David Livingstone by Thomas Annan is featured on the website of the Royal College of Physicians and Surgeons of Glasgow.

While teaching on marriage in East Africa to tens of thousands recently, we asked many Africans what they thought about Dr. David Livingstone. It was encouraging to learn how fondly he is remembered in Africa.

Some other westerners may have come to exploit, but Livingstone came to bless and set people free from their chains. He prayed:

God, send me anywhere, only go with me. Lay any burden on me, only sustain me, and sever any tie in my heart except the tie that binds mine to yours.

Livingstone was one of the world’s greatest medical missionaries, explorers and abolitionists. He originally trained as a doctor in order to reach China with the gospel. When that door closed because of the Opium Wars, God opened another door to Africa, starting in Cape Town.

Livingstone lived in an era where no occupation was more admired than that of an African explorer, and he received the Royal Geographical Society’s Gold Medal. Exploration had the mystique of a modern-day astronaut boldly going into uncharted territory.

Travelling, said Livingstone, made one more self-reliant and confident. He only wanted companions who would go where there were no roads. His books were bestsellers and his lectures standing room only. Crowds mobbed him in the streets and even in church. One poll showed that only Queen Victoria was more popular than the beloved Livingstone.

Many chiefs heard through Livingstone for the very first time of Jesus’ amazing love. One chief, Sekeletu, was drawn to Livingstone, but afraid to read the Bible in case it might change his heart and make him content with just one wife.

Livingstone literally filled in the map of Africa, exploring all of its main rivers, covering 29,000 miles, greater than the circumference of the earth. One of his most famous discoveries was Victoria Falls, named after Queen Victoria, on the Zambezi River. During his extensive travels, he suffered more than 27 times from attacks of malaria, being reduced at one point to ‘a mere skeleton.’ His wife Mary died from malaria while traveling with him in Mozambique. 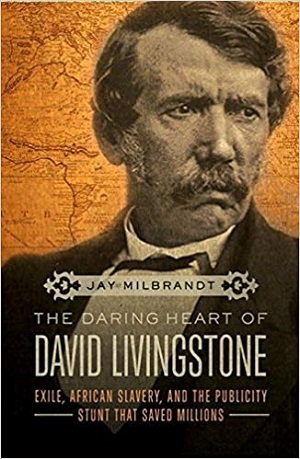 This recent book highlights David Livingstone’s contribution to the abolition of the slave trade in Africa.

Livingstone had been lost for five years in Africa and presumed dead by many when the New York Herald sent American journalist Henry Morton Stanley to rescue him in 1871. After 236 days, following a seemingly hopeless search, Stanley found him, uttering the immortal words “Dr Livingstone, I presume.”

His discovery was voted the greatest 19th century newspaper story. Stanley called Livingstone “. . . an embodiment of warm good fellowship, of everything that is noble and right, of sound common sense, of everything practical and right/minded . . .”

Speaking to the 57 men carrying supplies to Livingstone, Stanley said: “He is a good man and has a kind heart. He is different from me; he will not beat you as I have done.” Queen Victoria went out of her way to thank Stanley for discovering Livingstone, saying that she had been very anxious about his safety.

Livingstone was passionate about the kingdom, praying:

I place no value in anything that I may possess except in relation to the kingdom of Christ. I shall promote the glory of Him to whom I owe all my hopes in time and eternity. 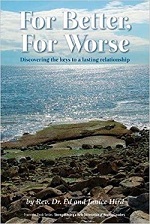 Though his body was buried at Westminster Abbey in London, his heart remained in Africa, because his heart was full of Jesus’ love for the African people. My prayer is that we too in Canada may have Jesus’ heart of love for Africa.

Rev. Dr. Ed Hird recently retired as rector of St. Simon’s Church North Vancouver. He and his wife Janice are co-authors of the newly published For Better, For Worse: discovering the keys to a lasting relationship. Their current focus is on writing books and speaking at conferences; they made two trips to central Africa (Rwanda and Uganda) this year.

This article is re-posted by permission from Ed Hird’s blog.