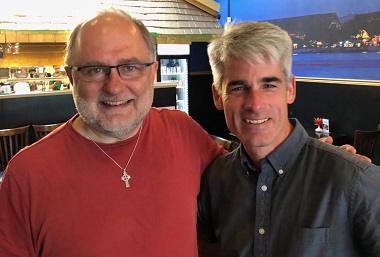 Peter Biggs of The Light Magazine is researching one Metro Vancouver / Fraser Valley municipality each month, and producing a focus on each one. The September issue features the first of three ‘snapshots’ devoted to the City of Vancouver.

Following is a portion of that feature, an interview with two East Vancouver pastors – Tim Dickau of Grandview Calvary Baptist Church (one block east of Commercial Drive on 1st Avenue) and David Bornman of West Coast Christian Fellowship (just south of the PNE). They (with others) have led their churches for many years and help facilitate the Vancouver East Ministerial Association (VEMA) that meets monthly.

Describe your East Van ‘mission field’ to a visiting pastor.

Tim: The vast majority of people have never been part of a church and so their perceptions are based on media or hearsay. They are frequently surprised when they come in. But you also have a lot of resistance to get by – it’s a very secular context. 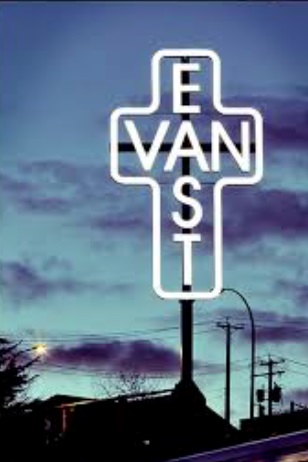 David: It’s hard to describe it – we have 20 nationalities in our congregation of 150! I think of our mission field as the contacts we have, mostly in our neighbourhood. Half the congregation is within a walk or a bike ride. So, we’ve changed from a ‘destination church’ to a ‘neighbourhood church.’

Tim: That is impressive! It’s the same with us. We’ve got ‘the poor’ and a lot of social housing around us. Then a thin slice of middle income people and then you’ve got people who own houses with a lot more income.

One of the differences for us from 29 years ago, when I came here, is that then an average house was $86,000 and now it’s $1.5 million. We’ve always had couples who would have two or three singles living with them to help one of the spouses to work less and devote more time for people and involvement in the church. Now, those couples rent every spare room and they are still struggling. There is just so much more financial pressure.

David: The other one I have run into is people in their 40s who say “I grew up in the United Church, but haven’t been there since I was 14, but they actually do have an openness.

What are your thoughts about evangelism these days?

Tim: We find that given the secular nature, it takes a longer time for people to come to commitment, it takes them a while to figure out things . . . so it’s more belong – behave – believe vs the believe – behave – belong (which is what evangelism used to be about).

David: When we talk about the gospel to a non-Christian audience I think we are more clear than we were 20 years ago. For me what’s changed is accepting one another as Christ accepts you. We then welcome people who come in. They hear members talk about their failings, their imperfect marriages, instead of testimonies of people who’ve got it all together!

Tim: Yes, people are into ‘spirituality’ and bondages. They don’t come in with a ‘clean slate’?

Are you saying some people are demonized Tim?

Tim: My wife has written a book on inner healing, with a chapter on deliverance. Yes, we do pray with people for this.

David: I also feel we are seeing more mental illness than ever before.

Compare the church in East Van to five years ago.

Tim: Most of the churches are more intentional about the mission of God. Churches that are just operating on a ‘christendom model’ of attraction – you know, good worship and preaching to produce faith – it’s not going to happen.

David: Churches that didn’t have a multicultural neighbourhood focus were over taken over by ethnic churches and have died.

Looking at the health of the city – yes, we’re very secular and need more churches. I look at the church and it is about the same.

Are we losing the Millennials?

David: There are many church plants by young adults who want to do something new.  A lot don’t survive. Churches where the 70 year olds didn’t move aside – that phase has past. I don’t see it as the resistance of the older generation as much as the young people disconnecting themselves.

Tim: When I came to Grandview in 1989 almost 20 churches that had been in the neighbourhood had died, changed into Buddhist temples, Hindu temples, torn down . . . when we lose a church building it will be hard to reestablish anything.

What does inter-congregational collaboration mean to you both?

David: Collaboration is first of all speaking and teaching our people to speak well of others. We live in a consumer mentality where it is assumed each will be ‘advertising their product’ and competing with the others.

Tim: We facilitate meals for the poor. Different churches cover different nights – those kinds of things rather than big city-wide initiatives. In collaborating there is the gift of relationships.

Is there a dream you have in your hearts?

David: For 20 years I’ve had this vision of our neighbourhood coming alive. An agricultural view of beautiful crops and flowers in people’s front gardens. That day three people gave me flyers about urban gardening!  I get little glimpses of it. A block away from the church a Hindu lady been there her whole life. She’d heard music and wondered what was going on there. She came in and a year later became a Christian, now her husband also. The guy across the street just said to me, “Can we get together and talk about that God stuff?”

Tim: It’s interesting, my wife had a vision the first year we were at the church. The walls of the church falling down and being permeable and we have seen more and more people in the neighbourhood coming in. We had a woman who said “I’m an atheist, I’m here because I just long for community . . . then she told us about six months ago – okay, I’m starting to get the God thing.

We had another young woman who came and said, “I’m not a Christian, but I’m here to figure out what is going on here – why you guys are so involved in the neighbourhood. You care for the poor, most people are so angry with them.” She recently gave an awesome testimony of repentance and faith at her baptism.