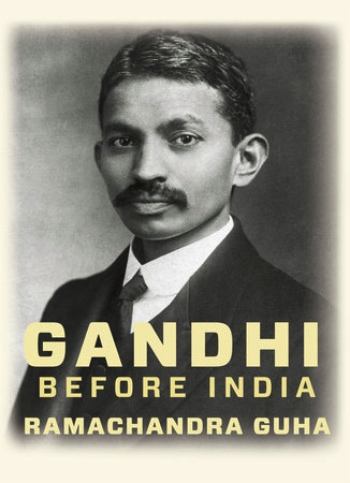 A BC Christian Ashram Retreat will take place July 17 – 19 at Summit Pacific Campus in Abbotsford. (For a description of the ashram experience, see below.) The annual event is hosted by Ed Hird and fellow members of United Christian Ashrams.

This year, as the event approached, he read the recently-released Gandhi Before India by Ramachandra Guha.

It was news to me that Mahatma Gandhi was excommunicated by his own Bania caste for daring to go to England to become a lawyer: “For his transgression, the boy would be treated as an outcaste; anyone who spoke to him or went to see him off would be fined.”[1]

Gandhi’s family sacrificed greatly to send him to England, even pawning the family jewels. While in England, Gandhi for the first time read the Bible, finding the New Testament compelling, especially the Sermon on the Mount.[2]

As Gandhi commented, it “went straight to my heart.” The lines about offering one’s cloak to the man who had taken away one’s coat touched him greatly.[3] Gandhi demonstrated that the Sermon on the Mount will radically change one’s life and one’s society if put into practice.

After completing his law degree, Gandhi returned to India for a short while before moving to South Africa. While there are numerous books on Gandhi, many skip over his foundational 21 years in South Africa. Even the excellent Gandhi movie by Richard Attenborough doesn’t do justice to the prolonged complexity of Gandhi’s time there.

Dr. E. Stanley Jones – missionary to India, theologian, author and founder of the Christian Ashrams movement – commented that South Africa provided the rehearsal for the real drama of India: “He might have floundered had he tried India straight off.”[4]

Sadly, in South Africa, when Gandhi was most interested in the gospel, he encountered the greatest restrictions: “To allow Gandhi to sit alongside white worshippers was impossible. The vicar’s wife, out of solidarity and sympathy, offered to sit with him in the vestibule, from where they heard the service.”[5]

One of the people who had the greatest impact on Gandhi was Leo Tolstoy, especially his book The Kingdom of God is Within You: “He was overwhelmed by the independent thinking, profound morality and the truthfulness of this book.”[6] Gandhi purchased and gave out, even to his jailers, countless copies of Tolstoy’s ground-breaking book on peace-making in the Sermon on the Mount.[7]

Upon returning to India, Gandhi was initially rejected by other Indians who feared they might become ritually polluted by even offering a cup of water to someone of the wrong caste.[8] When Gandhi successfully stood up for their rights, he became hailed as a hero and liberator. Gandhi campaigned nonviolently for the independence of India for decades, spending 2,089 days (almost six years) in Indian jails.[9] 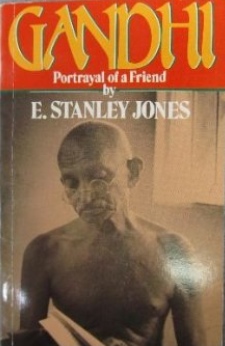 Jones described Gandhi as the architect of the new India.[10] In many ways, Gandhi was like an Abraham Lincoln bringing freedom to hundreds of millions of his fellow citizens. Louis Fischer compared Gandhi to David standing up to the Goliath of racial discrimination.[11] Gandhi went from being an initial supporter of caste discrimination to campaigning against its divisiveness.

. . . in his life, [Gandhi] breaks all the rules of caste, transcends them, adopts an outcaste as his daughter, and in the end does more to break down the system of caste than any other man, living or dead.”[12]

Jones held that “in Gandhi the word of freedom became flesh. When he spoke, freedom spoke. Gandhi was India.”[13]

Most people believe in democratic freedom. Not many are willing to sacrifice over many decades to obtain such goals. Before Gandhi, it was mostly the Indian intelligentsia campaigning for democracy. Because Gandhi humbled himself and unselfishly served the poor and untouchables, both rich and poor awoke to the vision of an independent India.[14] Gandhi made room for all, regardless of race, religion and wealth.

Albert Einstein said regarding Gandhi: “Generations to come will scarce believe that such a one as this ever in flesh and blood walked upon this earth.”[15] In reading Jones’ book Gandhi: Portrayal of a Friend, Martin Luther King Jr. was inspired to launch the nonviolent Civil Rights Movement.[16] 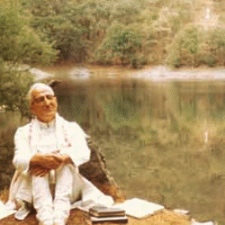 E. Stanley Jones knew and admired Gandhi for his devotion to following the principles Jesus Christ taught in the Sermon on the Mount.

Jones described the complexity of Gandhi’s personality as being like Mount Everest:

Gandhi was simple and yet very complex amid that simplicity. You thought that you knew him and then you didn’t. It was intriguing. There was always something there that eluded your grasp, that baffled you. And yet out of that many-sidedness which amounted to complexity, there arose simplicity, a unified character, simple and compelling.[17]

In an India full of racial, religious and economic division, Gandhi brought people together, giving them a vision for an independent democratic India. Gandhi, whose favourite hymn was ‘When I Survey the Wondrous Cross,’ chose the costly way of the cross, of sacrificial love even for his enemies.[18]

On the wall of his mud hut was a black and white picture of Jesus Christ under which was written ‘He is our peace.’[19] Gandhi was a peace-maker who chose to forgive those who despised him and rejected him. Every day he would read Jesus’ Sermon on the Mount, motivating him to peacefully love his adversaries.

Jones, who had been a friend of Gandhi in India for many years, said once to him: “You understand the principles. Do you know the person?”

Gandhi was very drawn to the person of Jesus Christ. My prayer for those reading this article is that we may embrace both the principles and person of Jesus’ Sermon on the Mount.

[7] Guha, p.308: “Before he left Volksrust Prison (in 1908), he presented a kindly warder with an inscribed copy of Tolstoy’s The Kingdom of God is Within You.”

[8] Guha, p. 225 “Raj Kumar Shukla took Gandhi to Champaran and Patna the capital of Bihar. …since no one knew their caste, even the servants shunned them. The maids refused to draw from the garden well when Gandhi used it, for fear that even a drop of water from Gandhi’s bucket might pollute them.”

[12] Jones, p. 6; Arthur Herman, Gandhi and Churchill (Bantam Dell, New York, NY, 2008), p. 120-121 The early Gandhi in 1921 supported caste discrimination: “Prohibition against intermarriage and interdining (between Hindu castes) is essential for the rapid evolution of the soul.” By 1932, he rejected such prohibitions. By 1946, he only permitted inter-caste weddings on his premise.

[14] Jones, p. 22 “…it was Gandhi who aroused (the rural people), made them shed their fears, and made them conscious of their destiny. Before the advent of Gandhi, the nationalist movement was among the intellectuals.”

[16] http://www.estanleyjonesfoundation.com/about-esj/esj-biography King: “…it was his (Jones’) book that triggered my use of Gandhi’s method of nonviolence as a weapon for my own people’s freedom in the United States.” (accessed May 4th 2015)

This article is re-posted by permission from Ed Hird’s blog. Ed is rector of St. Simon’s Church North Vancouver and author of Battle for the Soul of Canada and Restoring Health: Body Mind and Spirit.

Following is a description from United Christian Ashrams of the movement and its purpose:

What is an Ashram?

Christian Ashrams seek to help all people deepen their experience of the dynamic reality of God in daily living.

The word ‘ashram’ – meaning ‘retreat’ – is a word that comes from Sanskrit. Following a personal retreat experience in India, missionary E. Stanley Jones recognized the significance and value of a time for alternating discipline and rest, seeking spiritual health and renewal. Returning to the United States, Dr. Jones adapted this ancient retreat approach to be centered on Christian teaching and ecumenical community.

Each Ashram today continues to follow the original format instituted by Dr. Jones. The unique Ashram format offers a break from everyday demands to allow space and time for learning, prayer, reflection, fellowship and rest.

Early in the retreat experience, participants gather into small groups to express in a heartfelt way the blessings, needs and spiritual desires that they have coming into the Ashram. This time lays the groundwork for the openness and closeness that will be shared over the next few days.

The Ashram experience is rooted in the practice of listening for God. Each day, a gifted and qualified Bible teacher provides substantive, Scripture-based lessons for reflection and discussion.

Journeying together throughout the retreat, prayer groups offer each Ashram attendee the opportunity to reflect on what they have heard, share what they feel, receive encouragement and join in prayer for one another in love.

Opening to God’s Spirit and rekindling the fire of our faith is an essential goal of the Ashram experience. Gifted and qualified Christian Ashram evangelists are dynamic, bold and relevant in their proclamation of the Word.

Often a pivotal moment during the retreat, each Ashram includes a time when participants are given the opportunity to receive physical, emotional, mental and spiritual healing through prayer and community support.

As the Ashram draws to a close, the entire community in attendance gathers to reflect and share how each one has been blessed, challenged, and equipped for continuing growth and ministry during the retreat. This special time of praise to God and encouragement of one another prepares us all to return to our lives ready for what God has for us to do.