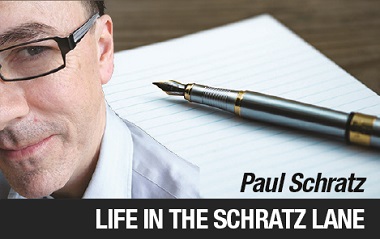 Which of the following statements is true?

Mistaken beliefs about Canada abound. Some, like hockey rather than lacrosse being our official sport, are innocuous, but others influence our nation in damaging ways.

The supposed constitutional right to abortion is one such example. When Canada’s Supreme Court struck down the country’s abortion legislation in 1988, it also said the country should have an abortion law, just not that one.

Separation of church and state is another popular misconception. The phrase, which influences so much of what goes on in the U.S., is alien to Canada, where a more accommodating approach to religion is the norm. In fact, the Constitution of Canada – the supreme law of our country – establishes in its preamble the nation is “founded upon principles that recognize the supremacy of God and the rule of law.”

Freedom of conscience and religion

At the top of the Charter of Rights and Freedoms, the very first guaranteed fundamental freedom is that of conscience and religion.

Since before Confederation, Canada’s civil society has been guided by more of a “cooperation of church and state” philosophy. Our history, founding documents, laws and jurisprudence have protected religion and fostered its role in various ways.

From the BNA Act, up to contemporary court rulings, the free exercise of religion has been constitutionally protected, even supported by government. Witness the number of provinces that allow public funding of religious schools.

As Canada turns 150, we need to reflect on this proud and glorious history and recognize just how important religious freedom is in Canada. The Cardus website Faith in Canada 150 is doing a nice job doing just that.

Even those not into religion should take an interest if only for the fact that religious freedom is so closely linked to freedom of speech and expression, similarly enshrined in our history, from the Magna Carta, to the English Bill of Rights, to United Nations agreements. In fact, so entwined are religion and free speech that a threat to one is usually a threat to both.

Unfortunately, all is not well for the state of free speech in Canada. As hate speech laws expand and censorship of unacceptable opinions grows, the human fallout is troubling. The sentence for having an unpopular opinion these days ranges from public shaming to loss of employment. Large numbers of Canadians, including writers, say they’re tempted to self-censor rather than risk the wrath of the Internet.

On university campuses, a special kind of suppression once reserved for pro-life groups is under way. Disruption, protests, shout downs, obstruction and public pillorying now faces anyone with unpopular, usually right of centre, opinions.

When Conservative Leader Andrew Scheer announced he would cut funding to universities that fail to protect freedom of speech, many treated it like a quirky idea. Maybe that’s because we rarely consider the implications of the latest censorship, only glancing at the most recent scorecard on what is and isn’t acceptable.

Growing numbers of Canadians seem to think there’s a constitutional right to be protected from offensive speech and they’re justified in obstructing and censoring anything they disapprove of. Such hubris flies in the face of centuries of free speech thought, from Socrates to Noam Chomsky – “If you believe in freedom of speech, you believe in freedom of speech for views you don’t like.”

Philosopher John Stuart Mill called any attempt to silence someone from expressing an opinion “a peculiar evil.” His rationale: maybe the other person is right. Maybe they’re wrong. But censoring an unpopular view deprives all of society the opportunity to reason and debate it.

Likewise, restricting religion has a way of impacting freedom of expression, and vice versa. If someone who supports religiously based universities can be labelled a hater, it’s easier to deny the school accreditation. If pro-life speech is classified as extremism, pulling a pro-life flag down at city hall is no big deal.

If doctors who oppose some medical practices can be denounced as women-hating fascists, the easier it is to strip them of their privileges. 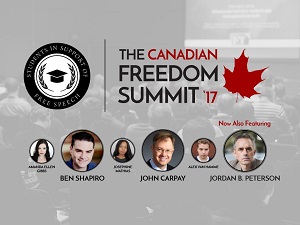 How timely that the first Canadian Freedom Summit will take place at the end of the month. Students in Support of Free Speech are holding the conference June 28 in Toronto to raise awareness of the need to protect free speech and action in a free society.

It’s the first conference of its kind in Canada, and the way things are going, I suspect it won’t be the last.

Paul Schratz is responsible for the communications office of the Roman Catholic Archdiocese of Vancouver. This comment first appeared in The B.C. Catholic June 14 and is re-posted by permission.

← Devotionals offer hope to those with mental illness
Around Town: Voices Together, Jazz Fest, Anil Kant, The Rock Theatre . . . →

3 comments for “Free speech is under threat in Canada”