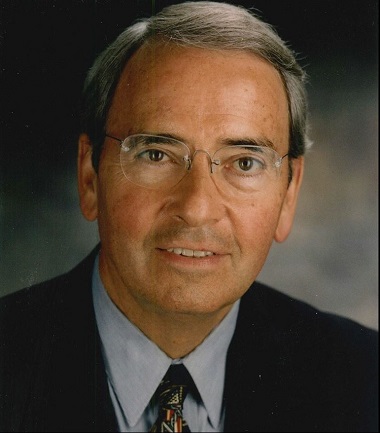 Philip Owen served three terms as Mayor of Vancouver and was a life-long member of St. John’s Shaughnessy Anglican Church.

Many kind words have been said about Philip Owen since he died September 30 at the age of 88. He is best known, of course, for his time in office as mayor of Vancouver, from 1993 – 2002.

A gentle and decent man, Philip Owen’s time as mayor will be remembered for his courage and foresight. His work on the Four Pillars led to North America’s first supervised injection site and helped save thousands of lives.

Owen also oversaw the development of Yaletown and Coal Harbour. He served as a city councillor and park board commissioner before his term as mayor.

Philip Owen was born on March 11, 1933, to a family from Vancouver’s wealthy Shaughnessy neighbourhood. His father, Walter Owen, was a prominent lawyer who served as B.C.’s Lieutenant Governor from 1973 to 1978.

“He is really just a manifestation of the Vancouver elite. If you went to central casting and said, ‘give me something that represents the whole elitist Shaughnessy,’ there would be Philip Owen,” said Gordon Price, who served as an NPA councillor for Owen’s entire tenure as mayor.

But Owen formed a reputation as a conciliatory leader, who won all three elections he stood for mayor with ease, in part because of his efforts to reach out to all sides of an issue. Famously, he walked around all neighbourhoods of the city on a regular basis.

“He was a graceful and an elegant man. He was soft spoken. But again, he was able to both listen and then to articulate back to people what they wanted to hear. That is not an easy thing to do,” said Price. 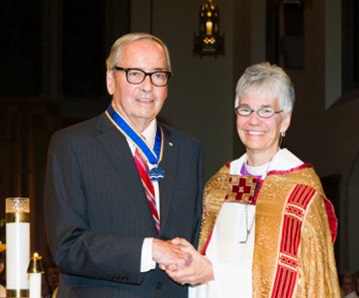 Philip Owen received the Order of the Diocese of New Westminster from then-Bishop Melissa Skelton.

When Owen received the Order of the Diocese of New Westminster (ODNW) in 2014, his church’s write-up said:

Philip started his lifelong association with the parish of St. John’s Shaughnessy [Anglican Church] in kindergarten in the original church and administration building, and later in Cubs and Scouts.

He attended the Saturday Night Club at the church, the only place for teenagers of the day to assemble and dance.

He was confirmed and married at St. John’s, served as Rector’s Warden, and was a member of a Canonical Committee. Philip chaired the Bishop’s Men, for Archbishop David Somerville. He is currently a Trustee.

Veteran journalist and author Lloyd Mackey wrote about Owen after he had named to the Order of Canada in July 2008:

My first meeting with Owen was to interview him about his work as a city council member. A few minutes into our session, he received a phone call. It appeared that the call was urgent and he needed his privacy. He asked if I could wait a few minutes in the outer office.

When he called me back in, he said, as closely as I can recall: “I would appreciate your prayers. That call was from the head of the political body under which I run for election. They have done some polling and found two things. The first is that the candidate that they had hoped to run for mayor is not electable. The second is that I am.”

Later that year, Owen began what turned out to be a 10-year run as mayor of Vancouver.

Briefly stated, his was a fine tenure. He was both gracious and firm in his leadership style. He walked in a godly fashion before the world and had the appreciation of his critics as well as his admirers. He did not try to push his faith on others, as some of Christian conviction are inclined to do. But he was always ready, in context, to bear witness to what Christ meant to him.

The citation associated with Owen’s naming to the Order of Canada states simply: “For his long-standing commitment and contributions to the city of Vancouver.”

The former mayor is survived by his wife, Brita, their children, several grandchildren and two great-grandchildren.

1 comment for “‘Gracious and firm’ leader was a life-long member of St. John’s Shaughnessy”