Vancouver is a green city, but apparently not as green as it used to be, nor as green as the mayor would like it to be. So TreeKeepers is taking action to make sure that our ‘urban forest’ gets a little denser.

TreeKeepers is “a Greenest City program that encourages people to grow the urban forest.” To that end, it is selling fruit trees for $10 (fig trees are $15) from several community centres this month. Various fruit and ornamental trees are available; go here to check.
David Tracey, executive director of TreeKeepers, said in a Vancouver Courier interview that having an abundant tree canopy keeps the city healthy:
“The city is an urban forest. We don’t think of it that way. We think of it in terms of the neighbourhoods, or the transportation and infrastructure or buildings, but in reality it is an urban forest. It just happens to have people and buildings and roads and things in it.”

According to Tracey, the health of the city is tied to how healthy the urban forest is and one way to measure that is the canopy cover, how much of the land, looking from the sky down, is covered by trees.

The 2014 Urban Forests in Canadian Cities report states: “While the overall canopy cover is estimated at 43 percent, there is a large variation across the region: in the city of Vancouver, canopy cover is only 18 percent [20 years ago it was 22 percent] – the lowest of the major cities we have examined. In contrast, Surrey, a suburb, has a canopy cover of 32 percent.”

The City of Vancouver plans to change that situation: “To become the greenest city in the world, city staff are working with council, residents, businesses, other organizations and all levels of government to implement the Greenest City 2020 Action Plan.”

TreeKeepers is “a non-profit partnership between Tree City and the Environmental Youth Alliance working with the City of Vancouver to grow the urban forest.”

“Don’t forget,” say organizers, “all trees must be pre-ordered! When ordering online, you’ll be asked which distribution site you will go to, to pick up your tree. There are eight locations/dates [April 11 – 22]  to choose from. Deadline to order is 5 pm two days before each distribution day. Example: order by 5 pm April 9 for pick up April 11 at Trout Lake Community Centre.”

TreeKeepers talks about planting trees on private property, but I doubt very much they’d mind a few going to good church homes! 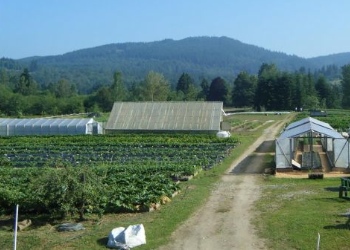 The Garden of Hope in Mission produces tens of thousands of pounds of food for local service agencies.

M2/W2 and Garden of Hope are joining forces this year, to train prisoners and provide food for various helping agencies such as food banks and Salvation Army projects.

The Garden of Hope consists of six acres of land located in Mission. Last year it produced 170,000 pounds of fresh produce that was all donated to local agencies which serve at-risk populations.

M2/W2 Restorative Christian Ministries is “a Christian, non-profit social justice organization working to transform lives, one relationship at a time. Our volunteers are active inside prisons as well as in the community.” 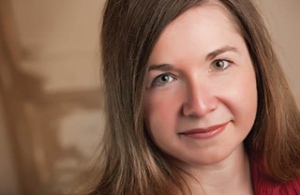 Katharine Hayhoe will speak at the Chan Centre May 7 and participate in Regent College’s ‘Holy Ground’ conference May 5 – 8.

Earthkeeping at the Chan

Katharine Hayhoe will team up with A Rocha and Regent College to present Earthkeeping: A Climate for Change at the Chan Centre May 7. The event is sponsored by a wide range of groups, including the David Suzuki Foundation, Clean Energy BC and the Pacific Institute for Climate Solutions.

Here is a portion of what Lloyd Mackey wrote about Hayhoe on Church for Vancouver when he interviewed her before she lectured at Trinity Western University last fall:

On her website, Hayhoe says: “I don’t accept global warming on faith: I crunch the data, I analyze the models, I help engineers and city managers and ecologists quantify the impacts. The data tells us the planet is warming; the science is clear that humans are responsible; the impacts we’re seeing today are already serious; and our future is in our hands.

Go here for the rest of the story.

A day of “of learning, sharing stories and developing strategies to create climate justice” will take place at Northwood United Church this Saturday (April 11). These are some of the questions they will be asking at Wellspring: Moving Forward on Climate Change:

* How can we as congregations help put an end to fossil fuel dependence?
* How does climate change affect our local and global communities?
* How do we go beyond efficient lightbulbs and re-usable grocery bags to make a lasting and deep change?