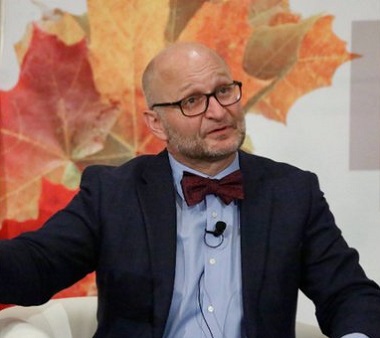 Justice Minister David Lametti has said he is skeptical of amendments to Bill C-6.

For all sorts of reasons, Christians in Canada (like everyone else) can often take a while to catch up on what is happening in Ottawa, and what the ramifications are going to be for both church and society.

As people rightly looking to our heavenly reward, we may even take the view (when we do catch up) that we should leave such earthly matters to someone else to worry about.

I am writing this column to encourage you not to take this view of Bill C-6, which is currently passing through Parliament.

The intention of this Bill is to criminalize “conversion therapy,” which government ministers have repeatedly described in terms of coercive, non-consensual attempts to change a person’s sexual orientation or gender identity.

Typically, the media have simply and uncritically repeated this line (Barbara Kay of the National Post is one notable exception). This has confirmed in the minds of the general public that the Bill intends to criminalize something akin to torture. If so, who can possibly be against it?

Well, it is nowhere near as simple as that. As currently drafted, this is in fact an exceedingly problematic and indeed dangerous piece of legislation.

The Bill’s most central problem is precisely that its definition of conversion therapy includes no reference at all to coercion or lack of consent. The government claims that it is about coercive practices, but the Bill does not actually say that – and when a Bill becomes an Act, it is what the Act says that is important, not what people once claimed they meant by it.

The definition of conversion therapy in Bill C-6 is, in fact, astonishingly broad: “a practice, treatment or service designed to change a person’s sexual orientation to heterosexual or gender identity to cisgender, or to repress or reduce non-heterosexual attraction or sexual behaviour.”

What is included under “practice, treatment or service?” The Bill does not specify.

And in spite of what has often been claimed in public commentary over the past few months, in the judgment of many lawyers this non-specificity in the written text leaves wide open the possibility that (for example) religious leaders could be charged under the criminal law for urging their communities of faith to abide by ethical norms intrinsically bound up with their religious beliefs.

It also opens up the way (for example) for parents raising children in accordance with “traditional values” to find themselves on the wrong side of Canadian criminal law.

Is it conversion therapy, for example, when you pray with and for someone for strength to resist same-sex attraction and to live a chaste life? Is taking your child to a health professional for help in reconciling his or her “gender dysphoria” with his or her biological sex “conversion therapy”?

And is it conversion therapy if a health-professional fails to accept at face value a particular claim about gender identity made by even a quite young individual, and recommends the time-worn medical practice of putting support and counselling in place and waiting to see what transpires when the child is older?

It is all entirely unclear.

First of all, it effectively prohibits even mature minors from making certain kinds of choices.

The exemptions in the Bill “for greater certainty” suggest that young teenagers in pursuit of “gender transition” are old enough to consent to the consumption of puberty-blockers whose full risks are unknown, cross-sex hormones possessing significant health risks, and irreversible surgeries that will by no means guarantee the disappearance of the gender dysphoria first diagnosed, nor improve the person’s happiness in general.

However, the same Bill proposes that the same mature minors are not old enough to consent to counselling to help them live at peace with the bodies with which they were born. Surely this is morally incoherent?

Secondly, Bill C-6 would even prevent well-educated adults, fully aware of their equality rights and feeling no external compulsion whatsoever, from having the opportunity to see an advertisement for a voluntary, opt-in mutual support group that might help them navigate certain kinds of sexual and identity challenges.

It would further remove from them the opportunity to pay a modest fee to a facilitator of such a group, if they were freely to choose (for example) to seek with others of like mind to “reduce non-heterosexual . . . sexual behaviour.”

But surely adult Canadians who experience a dissonance between ethical or religious convictions on the one hand, and matters of sexuality and gender on the other, should be free to explore these matters with others of their choosing?

In sum, this is a Bill designed to establish a particular set of beliefs (and consequential actions) concerning sexual orientation and gender identity as the only right and non-criminal way of approaching these issues.

It is a Bill that will forbid Canadians – whether healthcare professionals, parents, or others – from living their professional and personal lives in accordance with any other beliefs.

And it is a Bill that would prevent dissenters from its “self-evident truth” from teaching or counselling in ways that run counter to its ideological commitments.

Christians must actively oppose this Bill as currently drafted – not just for their own sake, but for the common good. Write to your MP about your concerns – or better, go and talk to him/her. And focus on these questions:

Further information about these matters can be found on numerous websites, including concerned.ca and arpacanada.ca. 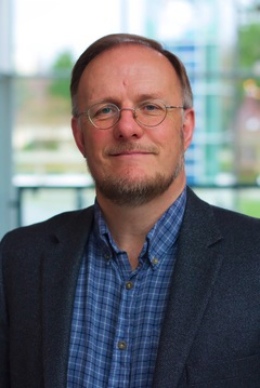 Born and educated in the United Kingdom, Dr. Iain Provan holds a PhD from Cambridge, and is now Marshall Sheppard Professor of Biblical Studies at Regent College.

He has written numerous books, including Seriously Dangerous Religion (2014), The Reformation and the Right Reading of Scripture (2017), and Seeking What is Right: The Old Testament and the Good Life (2020).

This comment first appeared in The Light Magazine and is re-posted by permission.

Agnieszka Ruck covered the issue for The B.C. Catholic March 18: “‘Conversion therapy’ ban would have barred us from seeking help, young people say.”

March 30 note: The Evangelical Fellowship of Canada posted ‘Three questions on the status of Bill C-6.

3 comments for “Illiberal legislation: why Christians should be concerned about Bill C-6”