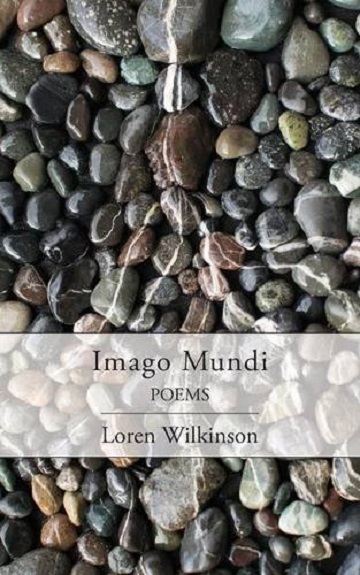 Ron Reed, artistic director of Pacific Theatre, recently described on his blog how he came to work with Loren on the book of poetry – and is encouraging everyone to attend his poetry reading / book launch at Regent College this Thursday (January 12).

My creative high point in 2016 was working on a collection of Loren Wilkinson’s poetry. He’s been an inspiration to me since we met the year before I headed off to CalArts.

Loren taught a Regent class called ‘God and Man in Modern Literature’ – reading Flannery O’Connor, Graham Greene, Frederick Buechner and others really shaped my understanding of the art a Christian might make. And Loren invited me into a writers group; I’d never heard of such a thing, and over the coming decades I was to start several more. They’re essential to my own writing.

Over the years I heard Loren read his poems at various meals, classes, writers group sessions or other occasions, and a few years back I had the idea of gathering them all into a book. Loren was eventually persuaded to gather them all up, and I interviewed him a few times about the occasion of their writing, influences on various poems and details about the language.

This summer I took a great, free swath of time and worked away on notes to the poems, one by one – “bird by bird,” as Anne Lamott would say. Woke up each morning, carefully read the next poem in the stack, looked through my notes, and started writing. Day after summer day. It was glorious. Those “Notes on the Poems” now comprise the back half of the volume.

Imago Mundi arrived in the Regent Bookstore one afternoon in mid-December, and it’s a handsome volume indeed! The first printing sold out by Christmas, and the second printing arrives any day now – just in time for a book launch and signing at Regent this coming Thursday, December 12 at 4 pm.

Luci Shaw and Rudi Krause will join me in celebrating the book and the poetry – they contributed a Foreword and Introduction – and Loren and I will read several of the poems and talk together about them.

If you are able to join us, consider coming early or staying after to see the marvellous documentary Iwan Russell-Jones created about Loren – which also happens to feature some of the poetry so essential to Loren’s work and thought. 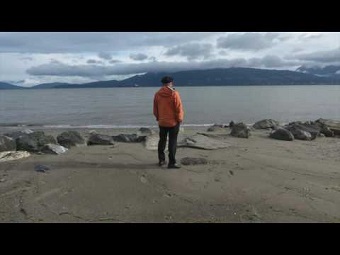 Making Peace with Creation will be shown twice January 12 at Regent College.

There will be two screenings:

Pastors, ministers and church staff are invited to this two-hour seminar and film viewing. Professors Loren Wilkinson and Iwan Russell-Jones, creators of the documentary film Making Peace with Creation, will present the film, and provide context and encouragement for building a practical theology of creation in the context of the local church. This seminar is free for all pastors, ministers and church staff.

What can be done to address the enormous issues facing our fragile and threatened planet? Is it possible to live confidently and creatively in the face of massive problems such as pollution and the acidification of the oceans? What hope is there of making peace with creation?

In this hour-long film, Loren Wilkinson goes in search of answers to these pressing questions. Through personal reflections (set both in the beautiful Gulf Islands where he lives and in the urban context of Vancouver, where he continues to teach), stimulating conversations with leading thinkers, artists and activists, and specially created art work, together with extracts from his poetry, Loren Wilkinson presents his own compelling and beautiful vision for human life in the 21st century.

This comment is re-posted by permission from Ron Reed’s blog, Soul Food Vancouver. Ron is an actor, playwright and director, the founder and artistic director of Vancouver’s Pacific Theatre.

“Loren Wilkinson is best known among most of us for his passionate, life-long care for the earth – the literal earth. The soil-and-flower, river-and-tree earth. But not nearly as many are aware that he wrote poems equally as skilled in revealing his care for language – the sounds and rhythms and metaphors that keep us alert to the Word made flesh.” Eugene H. Peterson

“Loren Wilkinson is one of those native souls to whom the tag ‘natural poet’ adheres like pollen to a bee’s knees. His personal presence and his way of living are models of enthusiasm for the creation and its Creator. He names things in order to bring them to our attention.” Luci Shaw

“Loren Wilkinson is a poet who celebrates his faith as well as the simple things of creation in peasant ways, ever mindful that Christ is sacramentally there as Lord of all Creation. Daily events, then, are always Epiphany.” James M. Houston

If you can’t make it to the Regent Bookstore to pick up your copy, you can order Imago Mundi from Amazon.