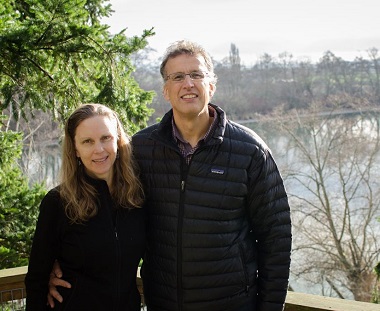 Bob and Gracie Ekblad work with prisoners, refugees and displaced people all over the world. Bob will speak at Missions Fest next month.

Bob Ekblad is a natural choice as a key speaker at Missions Fest early next year (January 27 – 29), as this year’s theme is Justice and the Gospel.

Bob is co-founder (with his wife Gracie) of Tierra Nueva in Burlington, Washington. Tierra Nueva serves immigrants from Mexico, inmates, ex-offenders, the homeless and people struggling with addictions.

But this Advent-themed blog post demonstrates the worldwide nature of his ministry. It is re-posted by permission.

On December 4th I flew to Washington DC from Seattle via Houston to participate in Faith Table Retreat, a gathering of 60 or so Christian leaders from across the USA to discuss the distressed state of the nation post-election and to discern what the Spirit is saying to us in these troubled times.

The trip got off to an interesting start with two special conversations with people who both had experienced devastating traumas, some measure of protection and new-found hope. These encounters were strong reminders of how Jesus continues his revolutionary movement to bring change from below – in the midst of political victories of the powerful.

As the plane was taking off from Houston to Washington, DC the young Latina woman seated beside me nervously crossed herself and bowed her head. I asked her if she was afraid, and she said “a little.” She told me she doesn’t fly often but was returning from Honduras.

We began conversing in Spanish about her upbringing in Honduras, and Gracie’s and my long history there. We talked about the escalation of violence there in recent years, and I shared briefly how the impoverished rural communities Tierra Nueva serves have been affected and the challenges of pastorally accompanying people traumatized by that violence.

She then shared the story of how six years before when she lived in Honduras, armed men dressed as police stopped her while she was driving, robbing her, beating her up and stealing her car. Traumatized by this experience she moved to the USA where her father lives, completed undergraduate and graduate degrees in international business here and then in Spain.

Recently she was hired by a global health organization in Washington, DC that had just sent her on her first work trip back to her beloved country and place of traumatic memories.

She shared her growing love and concern for Honduras and her longing to see deep reformation that would address the needs of the poorest people. As I listened to her I got the strong impression that God was raising her up into some kind of significant leadership role – maybe even at a national political level.

She was moved as I shared my impressions with her. She told me how she was feeling drawn to return to Honduras to work for change. She also shared how a Christian friend who prays for her recently prophesied that God was raising her up for some prominent public role. 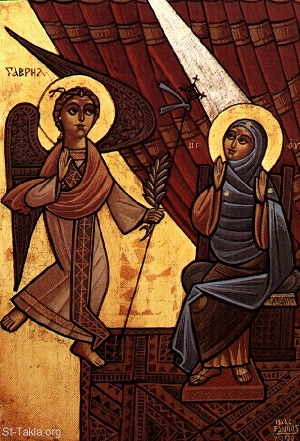 Mary’s Song struck me as relevant to this young woman. I asked if I could read her Luke 1:46-55. She gladly agreed. I felt the anointing of the Spirit as I began to read “for he has had regard for the humble state of his servant . . . for the mighty one has done great things for me; and holy is his name.”

As I continued reading, several verses really jumped out regarding God’s commitments in the world:

God has scattered those who were proud in the thoughts of their heart. He has brought down rulers from their thrones, and has exalted those who were humble. He has filled the hungry with good things; and sent away the rich empty-handed.

For he has brought low those who dwell on high, the unassailable city; he lays it low, he lays it low to the ground, he casts it to the dust. The foot will trample it, the feet of the poor, the steps of the helpless.

I asked if I could pray for her as we began our descent into the nation’s capitol and she gladly accepted. This encounter was a strong sign for me that the hidden leaven of the kingdom of God is active in the midst of bleak political landscapes, where the powerful seem to be exalted. God is indeed raising up the humble! But there were more signs to come . . .

Upon arrival I contacted an Uber taxi and was soon picked up for a 30 minute journey to my hotel. Detecting a Middle Eastern accent, I asked the driver where he was from and he said “Yemen.” I was amazed as Yemen has been on my heart lately.

I shared with him how I have been following events in Yemen and have been deeply troubled by news of an escalation of attacks from Saudi Arabia with US support, and the alarming terror and hunger that have resulted. I shared how on October 30 we had flown over Yemen on a flight from Nairobi to Dubai – and how I had felt moved to pray for his nation.

He told me he had fled Yemen with his wife and two young children less than two years before. He said his father owned a chain of supermarkets and he had left his job overseeing over 500 employees, travelling with his family by bus on a dangerous journey to Saudi Arabia and on to the USA, where he had studied for many years when he was younger. Now he is enjoying a less stressful job with more quality time with his wife and children.

We talked about conflicts in the Middle East and the refugee crisis, and I shared with him my burden to see individual Christians and churches embrace immigrants and refugees. I told him how I worked with undocumented immigrants in Washington State and felt a particular call to pastor prisoners, especially violent offenders.

“I really admire what you are doing. There is a big need for this. There are many guns and fighters everywhere in Yemen,” he said.

Knowing that Somalia was adjacent to Yemen I shared the story about how a Somali friend of ours living in Paris had a brother en route to Europe who was caught by pirates in Libya, who had demanded 10,000 Euros ransom. They had told my friend that if she couldn’t pay they would sell his organs on the black market. At this point he pointed to himself and said:

He then shared the story of how several years ago when living in Yemen he was followed on his way home from work by two vehicles. When stopping to buy a watermelon, armed men surrounded him, ordering him to come with them or they would kill him. He shared how they drove him up into the mountains and held him for 40 days in a safe house. During those days awaiting the payment of ransom by his father the invasion of Saudi Arabia was escalating.

“I was much safer in the mountains with my captors then my family was in the city. I was so worried about my family!” he said.

He told me how he got to know his captors, who treated him fairly well, even letting him use his cell phone to stay in contact with his family. After his ransom was paid and he was released, he learned that one of the leaders of the militants who kidnapped him had bought a car with the ransom money. Shortly thereafter he was in a car accident where he and his father were killed, and his two brothers were badly injured.

I was amazed by my Muslim Uber driver’s sadness as he told me about these deaths, and his heartfelt compassion for his captors. I asked him if I could pray a prayer of blessing over him as we arrived at the hotel and he enthusiastically agreed. I prayed grace and peace and abundant blessing over him and his family, in Jesus’ name, and we both felt the strong and loving presence of the Holy Spirit.

I just phoned him and we hope to stay in touch. I told him how impressed I was by his attitude towards his captors. “There is no room for hate in our hearts,” he said.

Meetings at the Faith Table gathering were both troubling and encouraging. Troubling are the hardened attitudes towards the poor, tendencies to scapegoat those on the margins, and alignment with the interests of the powerful identified by these leaders across the USA – especially when they are among people who identify as Christian.

Disturbing are fears and signs of harsh new policies that will directly hurt the most vulnerable: undocumented immigrants, people of colour, the incarcerated, gang youth, Muslim immigrants, refugees and the environment.

I was deeply encouraged to meet many faithful Christians from different ethic backgrounds, denominations and organizations, committed to advocating for the most defenceless in these dark times. I am heartened to hear of a new national call based on Matthew 25 for people of faith to commit to protecting the most vulnerable.

I am inspired by my own personal experiences on this trip that God’s kingdom is going in the opposite direction: bringing down rulers from their thrones. God is exalting the humble, and filling the hungry with good things.

May we more fully align ourselves with the poor and vulnerable who God is raising up. May we step more fully into Jesus’ mission, seeking first Jesus’ kingdom and his righteousness.

Bob and Gracie Ekblad’s early 2017 schedule give a good sense of the scope of their ministry: 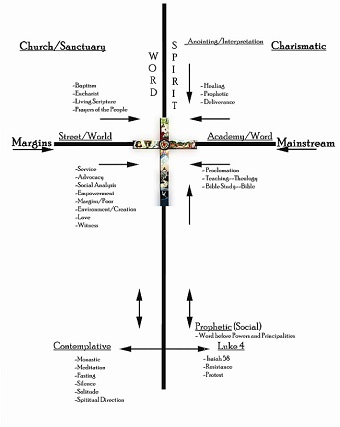 This is Bob Ekblad’s personal mission statement, with illustration:

God has called me to bring good news of Jesus’ love and kingdom to the poor and oppressed through respectful presence, liberating Bible study and Spirit-empowered action, raising up, equipping, empowering and multiplying leaders from the margins and the mainstream as agents of Jesus-inspired advocacy, community and transformation.