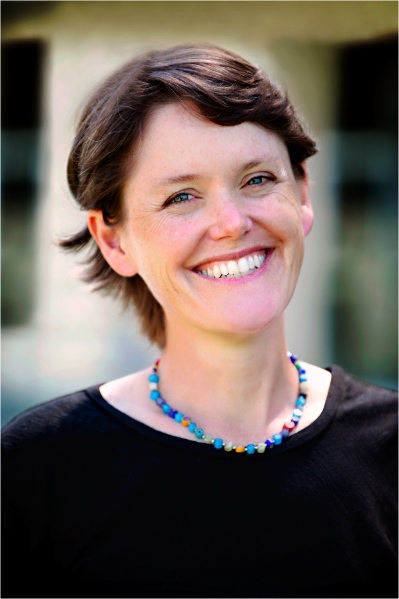 It sounds like a bad joke: what do you get when a Buddhist, a Christian and a Wiccan sit down for a meal together? Actually, it was one Buddhist, three Christians, one Wiccan and three agnostics and what you got was some amazing conversation.

This montage of folks came to A Rocha, the Christian environmental organization my husband and I help lead, as part of a University of British Columbia earth sciences class that required participation in a community service project. They had chosen the topic ‘religion and the environment,’ which made A Rocha a perfect fit.

After spending five days at our centre renovating a musty Quonset hut into a glorified dorm room, we sat down to a big dinner to thank them for their hard work. Candles were lit, the table was spread and we sat to the feast.

The conversation was lively and centred on beliefs. They shared their genuine grappling with issues of sustainability, the plight of the poor and their own struggles with the Christian faith in these regards. We sat for hours.

Soon they were directing their questions toward us. What motivated us? What did we believe?  One asked how our Christian faith informed our work in conservation. Another commented on how he saw those working in the environmental field struggle with despair and wondered where we found hope. Lastly, sweet Lo – an agnostic girl with a church background – asked what did we think was the purpose behind humanity’s existence.

You know, simple questions. The amazing thing was the openness with which these questions were asked, as if they really expected to find some granule of truth in our response.

While not claiming to have all the answers, we shared a bit of our own stories and how we’d personally found hope and purpose. The apex of the conversation came in response to the “What gives you hope?” question.

We responded by considering how the incarnation shows God’s commitment to creation – the Creator becomes the created in the ultimate act of solidarity.

Ian, the Buddhist, and Christa, the Wiccan, seemed utterly stunned by this idea. Christianity suddenly was no longer an unattractive code of ethics but a divine adventure of reckless love. Christa said she’d be up all night, her mind whirling with the implications. Ian said believing this would make all the difference in how one treated the world.

Belief matters. We work in conservation because we believe certain things about God and the world. Early on A Rocha took on Psalm 24:1 as its inspiration: “The Earth is the Lord’s and everything in it.”  Though seemingly benign in its simplicity the proposition that the earth actually belongs to God and not us is radical and often runs counter to popular Christian beliefs.

Allow me to illustrate.

I was visiting a church recently where an enthusiastic man in a plaid tie presented a power point of images taken from the Hubble telescope. His presentation – set to a soundtrack full of wavering strings and fluttering flutes – showed swirling galaxies, frosty nebulas and myriads of sparkling stars. The presenter said he was “blown away” that God had created all this – the whole universe! – just for him. Indeed, all of creation was a present, gift-wrapped in starry paper, for God’s beloved:  humankind.

I looked around the room expecting to see mouths agape – some sign of this man’s mistaken conclusion. But no, everyone wore those cheery smiles, so appropriate for modest Christian folk. 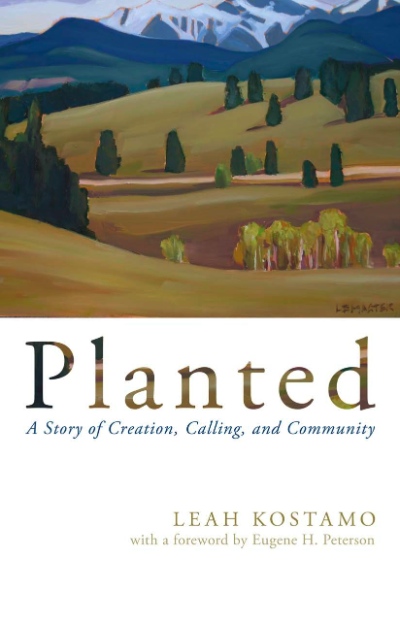 I’m not sure where we got the idea that creation is the possession of people, but it sure isn’t the message of the Bible. True, the creation narrative in Genesis does set humans in a unique position among the rest of creation – though, as Barbara Brown Taylor points out, we don’t even get our own day, but must share day six with all manner of creeping things, including cows!

The specialness bestowed on our species, Genesis says, has to do with our being “created in the image of God.” We reflect God’s character uniquely which, rather than giving us divine-size egos, should humble us to no end and clue us in to the fact that we might have a special role to play in the grand drama of creation.

The notion that we are image-bearers, coupled with the biblical understanding that the earth belongs to God, has major implications for how we live and how we respond to God’s charge to Adam to “serve the garden and keep it” (Genesis 2:15).

Calvin DeWitt, professor of environmental studies at the University of Wisconsin-Madison, helpfully sheds light on this verse when he unpacks the Hebrew words for serve (abad) and keep (shamar).

DeWitt contends that shamar implies a “loving, caring, sustaining type of keeping.” The word is the same used in the Aaronic blessing: “The Lord bless you and keep you; the Lord make his face shine upon you and give you peace.”

DeWitt writes: “The keeping we expect of God when we invoke the Aaronic blessing is one that nurtures all of our life-sustaining and life-fulfilling relationships with our family members, with our neighbours and our friends, with the land, air, and water, and with our God. . . . The rich and full keeping that we invoke with the Aaronic blessing is the kind of rich and full keeping that we should bring to God’s garden, to God’s creatures and to all of creation.”

All this points to our special role in creation, which is one of caretaking or stewarding. In fact, it is our unique position as image-bearers that qualifies and compels us to steward God’s creation. As those created in God’s image we are, by extension, meant to love what God loves.

Through our hands, feet, field guides and trowels, we are meant to serve and keep this wonderfully diverse and beautiful world, for in so doing we honour the Creator to whom it all belongs.

Leah held a book launch party at Regent College September 21 for Planted, from which this article is adapted.