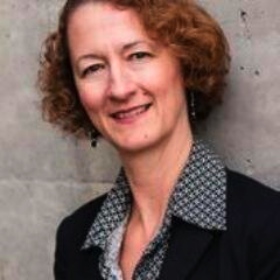 Dr. Janet Epp-Buckingham read from her new book Fighting over God: A Legal and Political History of Religious Freedom in Canada (McGill-Queen’s University Press) when she spoke at Trinity Western University last week (March 12). Following is one excerpt.

Current religious freedom conflicts in Canada seem to be focused around three main issues: the relationship between religion and the secular state; the privatization of religion; and the accommodation of religious minority practices.

The role of the secular state vis-à-vis religion has generated considerable academic commentary.

Charles Taylor’s Templeton Prize winning book, A Secular Age is but one manifestation of this. Taylor does not define ‘secular,’ but notes several current understandings of secularity.

The second approach Taylor identifies is ceremonial secularity; that is, public space has been stripped of religion. A notable example of this in Canada was the public ceremony after the 11 September 2001 attack in New York when religious content was excluded.

Taylor’s third approach is that in which a belief in God is essentially a lifestyle choice; it is one choice among many. 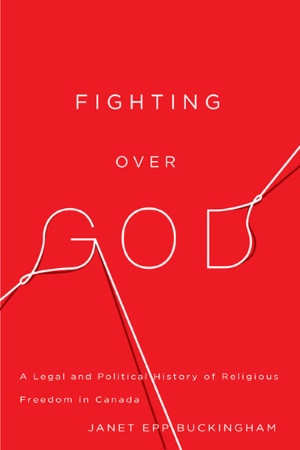 Canada manifests all these forms of secularity.

Lorraine Weinrib takes a slightly different perspective; she suggests that the impact of the Charter is that “it means that no faith community determines the status, entitlements and duties of individuals as they arise in the public sphere.”[i]

Her perspective on this is rooted in her concern that the majority Christian religion “deploy[ed] its political power to arrange daily life to suit its religious precepts.”[ii] In contradistinction, the Charter established a new era, one where “the direct and primary relationship of the individual to the state is of paramount importance.”[iii]

Yet as Richard Moon notes, “Religious practices have shaped the traditions and rituals of the community and cannot simply be erased from the civic sphere or ignored in the formulation of public policy.”[iv]

Do these developments of the secular state in Canada make it a better place?

Religious institutions have long played a mediating role between the individual and the state, much in the same way as professional associations (guilds) and unions do. Civil society is very robust in Canada with a plethora of non-government associations addressing a wide variety of important social issues.

Religious institutions also frequently address social justice issues such poverty and end-of-life care. While historically, certain religious lobbies were successful, such as those advocating Prohibition, Sunday closing legislation, and conscientious objection to military service, others were not.

These lobbies were not all founded by religious majorities. In fact, the foremost lobbying efforts leading to the Bill of Rights were from religious minorities, the Jehovah’s Witnesses and the Jewish community. Weinrib goes too far in assuming that the so-called religious majority had considerable political power.

Even if large religious communities abused the political capital they had – banning the Jehovah’s Witnesses at the behest of the Roman Catholic hierarchy is a good example – excluding religious perspectives from the public square goes too far.

Moon argues, “The public justification for religious freedom is now framed in more secular terms. In the contemporary context of a spiritually diverse community, the protection of religious belief or commitment is most often said to be based on the value of individual judgment or autonomy.”[v]

If this is indeed the case, the state then is primarily responsible for protecting the religious conscience and freedom for the individual, and may do so at the expense of religious organizations.

In a secular state, law assumes a much larger role in establishing the norms of society. Chief Justice McLachlin has stated, “the authority claimed by law touches upon all aspects of human life and citizenship.”[vi] It is very difficult for the state to resist privileging non-religion; it is the secular state, after all.

Paul Horwitz asserts that the legal structures of the secular state cannot, by their nature, adequately address religious arguments and issues.[vii] John Von Heyking takes a different approach, arguing that it is the early Charter interpretations by the Supreme Court of Canada that address religious freedom and adopt a ‘secular’ paradigm that diminished the court’s understanding of religious freedom.[viii]

Even if the secular state is neutral towards religions – and can create a level playing field both among the plurality of religions in Canada and between religion and non-religion – the state itself will itself be in competition with the variety of comprehensive doctrines that are created by the multiplicity of religions.

Justice Deschamps, in the S.L. case, quotes Moon on the challenge for the state in attaining religious neutrality: “Ironically, then, as the exclusion of religion from public life, in the name of religious freedom and equality, has become more complete, the secular has begun to appear less neutral and more partisan.”[ix]

The secular state must avoid using its power in a ‘tyranny of the majority’ fashion to impose secularism on society.[x]

Some view ‘freedom from religion’ as ‘progress’ in society. Many have argued that religion would wither away or that some common rational consensus would emerge in society. Certainly, as is very apparent from this book, religion has been a source of conflict in Canadian society over and over again.

Yet religious diversity has increased over Canada’s history and now also includes atheism or secularism as viable choices.

But when religion is jettisoned, the good goes out with the bad. As Audrey Brent surmises, “Society must learn to enrich itself through diversity rather than impoverish itself through conformity.”[xi]

Peter Lauwers argues that the notion that people will naturally gravitate to some form of Rawlsian rational consensus is a false one; rather, law must accept that diversity is a permanent feature of our pluralistic society.[xii] Religion is deeply important to many in Canada, providing identity, succour, community and mutual aid. By substituting the secular majoritarianism for the Christian majoritarianism, all religions are undermined.

Religious precepts affect the perspective on law, government, family, education, and life and death itself. They help define one’s beliefs about morals and ethics, and what is normative. They also usually help define one’s community. Faith is shared by communities.

While one is free to change religions, in Canada at least, one is born into a family that is commonly defined by its religion or non-religion. Parents usually attempt to pass on their faith to their children, often by connection to a larger faith community. This can include what school a child attends as well as attendance at faith community events such as church, synagogue, mosque or temple. It can impact on what kind of clothing a child wears. It definitely impacts on the celebration of holy days. It is far more all-encompassing than a set of religious practices. Those who are serious about their religious commitments usually describe their religious identity as the core of who they are as a person.

In the unanimous ruling of the Supreme Court of Canada in the Reference re Same-sex Marriage in 2004, the court affirmed strongly, “The protection of freedom of religion afforded by s. 2(a) of the Charter is broad and jealously guarded in our Charter jurisprudence.”[xiii] This is an interesting statement for many reasons, not the least of which is that many religious adherents would argue that religious freedom has been diminished since the advent of the Charter.

Indeed, “just a century ago, the Minister of Justice of Canada reflected public opinion when he stipulated that Christianity was an embedded component of Canadian law. On this basis, Parliament enacted legislation that supported Christian Sabbath observance. There was no challenge to the idea that the Christian majority was entitled to deploy its political power to arrange daily life to suit its religious precepts.”[xiv]

In the decision to strike down the Lord’s Day Act in 1985, however, Justice Dickson referred to the “tyranny of the majority”[xv] in reference to the state’s requirement of having stores closed on Sunday to recognize the Christian Sabbath. Stripping the public square of all vestiges of religion in the name of religious freedom sent a profound message to Christians in Canada: “you are no longer in control.”

The result of this privatization, however, is what Richard John Neuhaus has referred to as “the naked public square.”[xvi] Rather than including different religions and perspectives, it is easier to simply take away the crosses and crèches, exclude the kirpans and ignore religion.

But this is clearly as artificial as many ‘holiday trees.’ And it is deeply offensive to those who celebrate these days as holy days. Because many religious adherents – in this case Christians – derive their identity from a shared, and public, expression of their religious beliefs, this results in a weaker identity for Christians in society.

In excluding what Justice Dickson referred to as the “tyranny of the majority” – namely, the Christian ethos that characterized Canadian society – religion has often been excluded altogether.[xviii] In situations where religion has been excluded, can it be reintroduced in an inclusive manner?

Certain schools in Manitoba in areas dominated by Mennonites start the day with the Lord’s Prayer.[xix] A school in Toronto has recently been in the limelight for accommodating its large population of Muslim students by providing space for an imam to lead Friday prayers.[xx]

These decisions seem inconsistent with court precedents, yet they recognize and accommodate religious adherents in particular areas. They also recognize that individual religious identity is rooted in a religious community.

Another challenge with privatization is that religious adherents are sometimes restricted in talking about faith publicly. This means that it can be difficult to have rational dialogue about the place of religion in our secular society.

The Bouchard-Taylor Commission, for example, found that opening up this dialogue released a veritable Pandora’s box of pent-up hostility towards religion. It may not even be possible to hold this kind of dialogue elsewhere in Canada because religion is regarded as a private issue and therefore taboo.

The two issues that appear to pose the greatest challenge to protection of religious rights are the relative weight given to competing rights and the lack of recognition for collective rights for religious adherents. While courts have stated that there is no hierarchy of rights, commentators have tended to place equality rights above others.

Given that religion is frequently experienced in community, if it is not recognized in law, religious freedom is reduced to freedom of conscience. It is critical that Canadian society find ways to respect diversity, including religious diversity, and allow space for religious adherents to hold and express their diverse views of what constitutes the best way to live one’s life.

Janet Epp-Buckingham is associate professor of political studies and history at Trinity Western University and director of the Laurentian Leadership Centre, a live-in, extension program of TWU housed in an historic mansion in the heart of Ottawa.

[iv] Moon, “Freedom of Religion under the Charter of Rights,” para. 21.

[vii] Horwitz, “The Sources and Limits of Freedom of Religion in a Liberal Democracy.”

[viii] Von Heyking, “The Harmonization of Heaven and Earth?”

[xii] Lauwers, “Religion and the Ambiguities of Liberal Pluralism.”