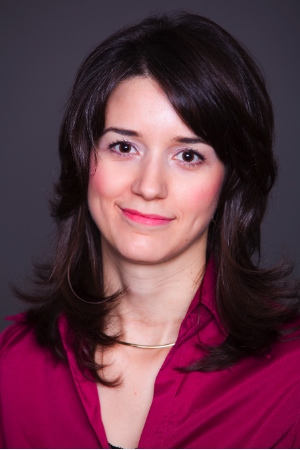 Last week (September 25), the Vancouver and Burnaby Crisis Pregnancy Centres (CPCs) announced that they would not appeal the court’s decision in a defamation suit they had launched against pro-choice activist Joyce Arthur. These two CPCs, like many across Canada, offer women, couples and families free assistance, such as maternity and baby clothes, childbirth classes and information on pregnancy options.

In 2009, Arthur wrote a report for the now-defunct Pro-Choice Action Network (‘Pro-CAN’) entitled Exposing Crisis Pregnancy Centres in British Columbia. With the help of government funding via a Status of Women Canada grant of $27,400 and the proposed research goal of “expos[ing] the anti-woman and anti-feminist agenda of CPCs,” Arthur eventually issued her assessment of CPCs. Her report claimed, in short, that CPCs employ unethical tactics and strategies that hurt and deceive women.

Since the report was garnering more internet attention than it deserves, the Vancouver and Burnaby CPCs launched a defamation suit against Arthur and Pro-CAN in hopes that the court would order Arthur to withdraw or correct her report. Strategically, and given the great costs of litigation these days, the CPCs and their lawyer carefully chose the allegations made in the report that they deemed most defamatory but also simple enough to disprove in court.

These allegations included that “CPCs use graphic videos and pictures to shock and horrify young women about abortion,” that “CPCs . . . won’t say upfront they are religious, and will lie about being religiously-affiliated to get a woman into the centre,” and that they “provide misinformation about abortion and its risks” and “break confidentiality.”

Unfortunately the court found that the report was so unclear in its attributions of wrong-doing that a reasonable person reading the report wouldn’t necessarily think that the Vancouver and Burnaby CPCs were guilty of committing those particular ethical breaches. As the judge ruled, “it is difficult to say that the ‘deceptive’ tactics reflect personally on the plaintiffs. The impugned statements do not have any specificity; the Report describes the tactics in broad generalizations.”

In fact, in her gleeful recounting of the case, Arthur concedes that was her legal strategy in the defamation suit. Her strategy amounted to arguing “that the report did not specifically say that the two plaintiff CPCs used any of the described tactics . . .”

So in the end, Arthur conceded in her legal submissions that she didn’t say that those CPCs engaged in the alleged behaviours. The CPCs are free to continue doing their good work and, as they announced yesterday, they will release a report rebutting Arthur’s claims. They’ll set the record straight.

So no harm, no foul, right?

Not necessarily. When people google certain city names plus keywords such as ‘Crisis Pregnancy Centres,’ Arthur’s report is one of the first documents to pop up in the search results. This negatively affects people’s understanding of Canadian CPCs.

And Arthur’s report is still one of the only ‘reviews’ of CPCs in Canada. Apparently some people are using this poorly crafted report, which fails to meet, in my opinion, some of the most basic academic research standards, as an authoritative source on Canadian CPCs.

In one section of her report, where many of the damaging allegations are made, Arthur opens the section by stating that the “following activities and strategies are common to many or most CPCs throughout North America.” By being so vague and unspecific, it seems she can make appalling allegations, but still be largely protected from being sued for defamation. Conveniently, many of those allegations aren’t supported by a single footnote or source.

And keep in mind that these allegations are made within a report entitled Exposing Crisis Pregnancy Centres in British Columbia, where that title appears on the top of each page of the report, wherein the stated goal of the report is to “find out what these centres were doing and saying to women in B.C., and whether they were engaging in deceptive or harmful practices,” and where the appendix lists only BC CPCs. I think the average reader would likely assume that the allegations made within the report apply to BC CPCs, and likely to the two CPCs which launched the suit against Arthur.

This report is hugely damaging to CPCs in BC, as well as the rest of Canada. I understand why the CPCs are not pursuing the suit further. Given how unspecific Arthur was in her allegations, an appeal of the decision would be a tough, uphill and costly legal battle. I like that the CPCs will issue a rebuttal of Arthur’s allegations. This is a reasoned response to a near impossible situation.

But I’m still frustrated. I’m frustrated that a poorly crafted, government-funded report will tarnish the reputation of Canadian CPCs. Unlike Arthur’s shoddy research, CPCs are funded not by tax-payers but by private donors so centres can offer free services and resources to women and families facing unplanned or crisis pregnancies.

What can be done? A lot. As people like Arthur have recently and frequently stated, the ‘anti-choice,’ or as we more appropriately call ourselves ‘pro-life,’ movement is more active and sophisticated than ever before. We’re on it.

But for today, why don’t we take two minutes and simply write an email to our local CPCs to thank them for the life-saving, pro-woman work they do? Let them know that we stand with them and will continue to do so, even as the Arthurs of the world try to tarnish their labour of love.  Let them know that vague allegations cannot undo what daily, individualized and specific work they accomplish – helping one woman, one family, one child at a time.

Faye Sonier is legal counsel for the Evangelical Fellowship of Canada’s Centre for Faith and Public Life in Ottawa. She focuses on Canadian religious freedom and sanctity of life issues – from conception to natural death. This comment was originally published on the Activate CFPL blog and is reprinted by permission.