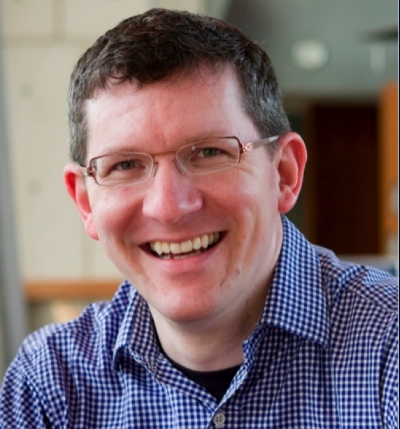 Andy Crouch is one of several interesting speakers lined by Regent College over the next few days.

If you’ve ever thought about taking in one of Regent College’s Summer Public Lectures, this would be a great week to start. Every couple of days speakers will address a really wide – and interesting – array of topics, from  Confessions of an Ex-pastor (author Mark Buchanan, June 2) and Paradise Lost and the Purpose of the Universe (UBC prof Dennis Danielson, June 4) to Playing God: A Discussion of Power (author/editor Andy Crouch, June 5).

Crouch will probably be the biggest draw. Two books by the executive editor of Christianity Today – Culture Making and Playing God – have sold well, making him an influential figure in North American Christianity.

In a recent interview with Regent’s Charlene Kwiatkowski, he drew on Culture Making to address the issue of how to “reset our posture toward culture”:

“Basically, what I say is that we’ve spent the last hundred years (at least in the US context) condemning, critiquing, copying and then consuming culture. None of these is an adequate vision. Instead, we’re meant to be cultivators: people who keep, preserve and care for what is good in the world. And then to the extent that culture is broken and there are things missing, we are also called to be creators and add to culture, because ultimately the only way to change culture is to make more culture.”

On Thursday evening he will focus more on the material in Playing God. “Power corrupts,” he agrees. “Yet power is also the means by which we bring life, create possibilities, offer hope and make human flourishing possible. This is ‘playing god’ as it is meant to be. If we are to do God’s work – fight injustice, bring peace, create beauty and allow the image of God to thrive in those around us – how are we to do these things if not by power?”

Other talks in the series are The Ecology of Grace: Can We Be Pentecostal, Evangelical and Sacramental? (Gordon Smith, June 9), Visual Heresy: Imaging God the Father in the History of Art (Matthew Milliner, June 11) and Surveillance After Snowden (David Lyon, June 12). There are more lectures in July.

The purpose of the Kairos Course is to mobilize the whole church for God’s global mission. A lofty goal, but the course – like its more intensive cousin Perspectives – really will open your eyes to the big picture.
“Kairos is an inspiring, educating, challenging nine-lesson interactive study of the unchanging purpose and plan of God from Genesis to the end of the age. Focusing on the biblical, historical, strategic and cultural dimensions of God’s mission, this course seeks to align the worldview of every Christ follower with God’s heart for the nations . . . We have the opportunity to partner together with the church around the world to see the Great Commission fulfilled.”
Kairos starts this Friday evening (June 6) and runs Friday evenings and Saturday and Sunday afternoons for three weekends. It takes place at New Life Community Church in Burnaby, but it’s part of a worldwide movement, now available in more than 60 countries in 30 languages.
Gospel Music Festival

If you’re looking for some old time gospel music, Christian Life Assembly is the place to be this Saturday (June 7). The Gospel Music Festival line-up includes the Liberty Quartet, Lillie Knauls, (a regular on Gaither Videos), Billy Bennett (‘the Pat Boone of Canada’) and worship leader Harvey Loland