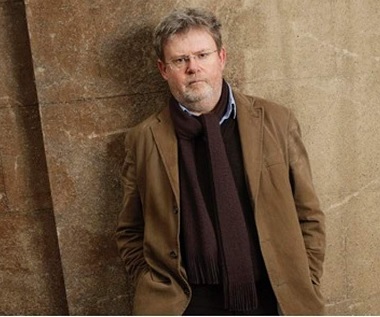 We regret to advise that this year’s Laing Lectures have been postponed. Due to concerns about the risks of intercontinental travel, Dr. Milbank will not be travelling to Vancouver at this time. The lectures will be rescheduled in Fall 2020.

From March 10 – 12, John Milbank, influential Anglican theologian and co-founder of the Radical Orthodoxy movement, will deliver three lectures at Regent College entitled “Most Entanglings: The Trinity as the Root of All Being.”

In anticipation of these lectures, Dr. Hans Boersma, who will act as respondent to Milbank’s lectures, offers a brief personal introduction to John Milbank and his work. Read on for a glimpse into the significance of Milbank, Radical Orthodoxy and the 2020 Laing Lectures.

It was famously said of Karl Barth’s The Epistle to the Romans that it fell “like a bombshell on the theologians’ playground.” The same may be said of John Milbank’s 1993 book Theology and Social Theory. Like no other contemporary theological treatise, Milbank called on theology to reclaim, unabashedly, its traditional position as queen of the sciences.

The most famous sentence comes on the first page of the book: “The pathos of modern theology is its false humility. For theology, this must be a fatal disease. . . . If theology no longer seeks to position, qualify or criticize other discourses, then it is inevitable that these discourses will position theology.”

What we say about God, Milbank boldly claims, governs everything else we say and do. Theology, therefore, must determine every other area of knowledge, and if the queen fails properly to fulfil her role, she becomes insipid and irrelevant.

I first got to know Milbank through a later book, his 2005 atonement theology, entitled Being Reconciled. I was rather critical at first of the overall participatory view of reality that I encountered here, as well as of its implications for how we understand forgiveness. I was suspicious of Milbank’s borrowing of postmodern philosophy in articulating a Christian understanding of reality.

But the bombshell kept reverberating in my own thinking, and in good part, I have come around to Milbank. His insistence that creatures exist by participating in the creator is not the unqualified lapse into pantheism I once thought it might be. I came to see that maybe my initial misgivings were themselves the result of a lingering modern dualism between heaven and earth. Perhaps Milbank’s theology was an authentic retrieval of premodern Augustinianism, after all – specifically, his conviction that creation derives both its being and its significance from participation in the life of God itself.

Listening to Milbank is like drinking from a firehose. His numerous references to theologians from the Christian Platonist tradition and to contemporary continental philosophers may intimidate. His meandering style of argument, curving and zigzagging its way to a conclusion, is reminiscent of Augustine’s dizzying playfulness. Like Augustine, Milbank demands nothing less than one’s undivided attention.

I would advise to keep your eye on the prize. Milbank’s goal will be that of the tradition, namely, to entice us into a deeper participation of the triune life of God. 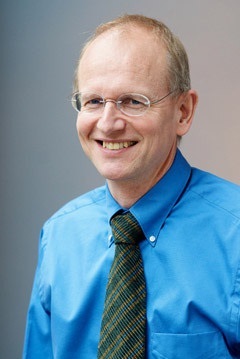 “All One in Christ: Why Christian Platonism is Key to the Great Tradition” – Hans Boersma

This article is a concise summary of Christian Platonism, the set of philosophical commitments guiding much of the work of both Dr. Boersma and Dr. Milbank.

“John Milbank: A Guide for the Perplexed” – Peter Leithart

The masterpiece that started it all. Be ready for a tough but unforgettable read. Times Literary Supplement called it “a dense, challenging and elusive masterpiece of a book.”

These are the themes of the three lectures, which can be live-streamed if you cannot attend:

March 10: The Trinity and Time

March 11: The Trinity and Motion

March 12: The Trinity and Mystery