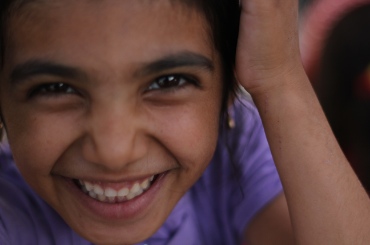 The Free Evangelical Association of Lebanon (FEAL) works particularly with children and women.

North America and Europe have debated how many Syrian refugees to take in, but by far the bulk of the problem remains in Syria and neighbouring nations. Two Lebanese Christian leaders are telling the stories of those refugees – and the response by their churches – as they travel across Canada.

Faith Rising events will take place May 31 at Tenth Church in Vancouver and June 1 at Cedar Grove Church in Surrey.

More than 7.6 million Syrians are internally displaced within their own country, and an additional 4 million Syrians have fled to at least five surrounding countries. Approximately 1.2 million of these refugees are in Lebanon, whose population is only 4.5 million.

The Free Evangelical Association of Lebanon (FEAL) sees their work as a critical opportunity. Those serving refugees in the Bekaa Valley and Beirut are working to help families in chaos find stability and community, in ways that go beyond the simple provision of food, clothing and shelter.

Dany Saab organizes the Saturday Oasis program for FEAL. Refugee children are not allowed to play in the street, and many have not attended school since fleeing Syria four years ago; isolated in small apartments, they have lost their childhoods. 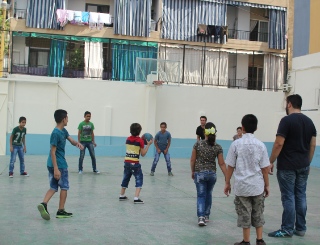 It is so hard for these children. When they go outside, they are often yelled at, as the local population does not want them in the street. Here [at the Oasis program] they get to be kids. They have a chance to build a future that has been taken from them. Not only does the Oasis program help them practically, but it provides them with a community where they can feel loved and valued. We have so many children enter this program feeling angry and abandoned, but the support they get here transforms them.

Saab often leads mass games of dodgeball in which the children shriek and run amok with delight. Oasis is the only place they are able to play, to run and to laugh. They also make crafts and are taught reading and writing.

FEAL’s work is transforming the lives of thousands – and helping to rebuild the church in the Middle East. Joseph Najem directs the ministry. After attending Tyndale University in Toronto, he returned to Lebanon; by training and equipping national workers, he has made a profound impact throughout the region. 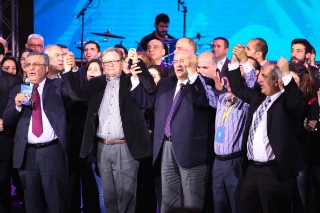 Joseph Najem (left) and other Lebanese leaders held a very successful conference last fall which brought Christians and Muslims together.

Despite the violence that Lebanon experienced last November following several explosions in Beirut, Najem and FEAL – with 57 local churches, radio stations, television networks and theological schools – hosted a standing room only conference for both Christians and Muslims, many of whom were hearing the gospel for the first time.

The conference had a daily attendance of 1,500, with 2,500 requests for DVDs containing testimonies of local Christians. For Najem, it was an encouraging sign that their work was making an impact.

We are ready to be the catalyst for unity in this region and we have been thrilled to see the growth of our ministry here. FEAL is devoted to the mission work in the Middle East. Today, by the grace of God, our mission work has expanded in five different Arab countries and our ministry ranges between church planting, outreach, discipleship, camps and compassion work. God has a great vision for the Middle East and we are humbled to be a part of it.

Najem and Saab will share stories of those who have seen great horrors, but they will also be sharing the true hope and opportunity that FEAL’s work offers.

Also attending the events will be Kevin McKay, president of Partners International, which partners with FEAL. He says of his time in the Middle East:

It’s overwhelming, the magnitude of suffering, especially women and children, and the incredibly uplifting testimonies of faith, this under such harsh and seemingly hopeless circumstances. The work of the Free Evangelical Association of Lebanon will become the foundation of the church as it continues to grow in the Middle East.

To register for either of the Faith Rising events go here. Audiences will have an opportunity to interact with Najem and Saab.

← J.I. Packer: Still teaching ‘the biggest thing that ever was’
Art on display: Pilar Mehlis at Lookout, David Robinson in Image, Wit on stage →