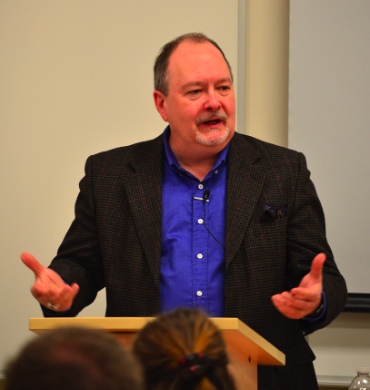 John Stackhouse says, “There is no intrinsic relationship between conservative Christianity and Conservative politics.”

The Conservative Party of Canada just voted to remove the traditional definition of marriage (one man + one woman) from its platform and replace it with . . . nothing in particular.

Supporters of this change were quoted over and over as saying the same things: The legality of same-sex marriage in Canada was decided a decade ago and the party needs to recognize that fact, move on, and embrace a wider constituency.

Regardless of one’s opinion about same-sex marriage, at least three troubling issues emerge from this easy assurance.

First, the argument that an issue has been decided and must now simply be accepted is anti-democratic – and in two key respects.

The model of democratic deliberation properly includes the idea that any matter can be revisited at a later date. No decision taken today is eternally binding. Indeed, should the will of the house change – particularly through the reconfiguration of the house via an election – any decision can be reconsidered.

To say, therefore, that because one parliament at one time declared X means that X is settled for all time is factually untrue.

Worse, however, is that if it were true, then every debate would become a pitched battle without compromise, since the outcome would be carved in stone.

Democratic politics advances partly because everyone recognizes that the agreement hammered out and horse-traded today can be fiddled with, reversed or replaced tomorrow. One can put up with unpalatable decisions and not throw everything one has at everything to which one objects because as the political wheel turns one might get a fresh opportunity in an improved situation to revisit this or that troublesome law.

If we really did believe that once we decide X, X is settled forever, we’re in a very different, very fractious and very difficult situation. But we’re not. And political leaders should stop talking as if we are.

Second, the argument that an issue has been decided and we all ought to move on makes sense only if our governors invariably make good decisions along an upward slope of progress. But no one believes that.

Legislatures have made all sorts of decisions that later legislatures freely saw to be worthy of revision. Even courts have reversed or at least deeply modified the decisions of their forebears – regarding women, immigration, treaties, privacy, divorce and much, much more.

In fact, there’s a fundamental contradiction to this argument. If everything that has been decided needs to be taken for granted as correct along a trajectory of ever-improving policy, then why would so many “progressives” seek to undo the decisions of the past? Clearly lots of previous decisions were, to their minds, wrong and need to be righted.

So it is disingenuous – which is to say, baldly hypocritical – for people to defend as sacrosanct the political decisions they prefer even as those decisions undo decisions that for other people are sacrosanct in turn.

Finally, the argument that the Conservative Party should vote this or that way in order to expand its tent makes sense only at the vulgar level of sheer power-seeking. Position A aligns us with more voters, so we will adopt position A.

The point of political parties instead is to group together people who share certain values and want to realize certain outcomes. If the objective is merely to become and remain the party in power by becoming the most popular party, then we don’t need parties or, in fact, representatives at all. We need merely a bureaucracy that will execute the will of the people as measured directly by on-line surveys.

The great tradition of parliamentary representation stands as an alternative to government-by-polling, which nowadays would quickly become a kaleidoscopic nightmare of trends, whims and crazes fostered by major news media owned by giant corporations. To keep legislation at least somewhat insulated from the latest fad, we elect representatives who stand for certain agreed platforms according to the agreed principles of parties of like-minded citizens. And we trust them to make decisions according to those principles, not just according to the polls.

So today the majority of Canadians seem to think the Red party’s approach needs a go at power. But tomorrow we might want to give the Orange party’s philosophy a shot, or return the Blue party to correct for the Red party’s overreaching, or even try out the Greens. We have choices because these parties, we expect, differ from each other on principle and will keep differing from each other – or disappear as redundant.

To change policy, therefore, merely because it will secure the party more votes is to sacrifice the very raison d’être of a party: to represent and to press for a particular set of concerns. If in fact those concerns resonate today with the majority of the population, well and good. If, at least for now, they do not, then we’ll keep making our case, try to keep the party in power accountable, and see if the tide will turn.

Only the crassest craving for power – “We want to be the ones to give the people whatever they want, and thus enjoy the trappings of authority and influence” – can warrant the literal selling-out of principle.

The transformation of the Conservative Party from the ideological true believers of Reform/Alliance into the Tories of old seems thus to proceed apace.

No wonder the Conservative Party conference is already missing Stephen Harper so much.

This move shouldn’t surprise anyone, however. In fact, the leaders are making it sound more cynical than it probably is.

The new platform almost surely represents the sincere beliefs of the majority of the Conservative Party, and that majority is not made up of social conservatives.

The numbers are pretty simple. Evangelical Protestants in Canada number only 10 percent of the population, and barely half of them voted Conservative in the last election. Conservative Catholics are more numerous, but not enough to make a big difference electorally.

Even if you add people of socially conservative views from other religions, the numbers are miniscule. (All of the people espousing “other religions” in Canada collectively add up to only about the same number as evangelicals, and not all of them are conservative.)

So there simply can’t be all that many social conservatives within Conservative ranks, and not that many to appeal to in the country at large.

It is about time, in fact, that the Conservatives simply came clean and stopped offering sops to conservative believers. The Tories didn’t do anything about abortion when they had a majority government, when there was (and is) no law at all, and when public opinion increasingly favoured at least some restrictions on abortion. Why expect them to do something about same-sex marriage when there is a law, there are same-sex marriages across the land, and majority opinion is now on the side of SSM?

Acknowledgement of that record of inaction on the priorities of social conservatives likely had a lot to do with the migration of evangelicals and others to other parties in the last election. This weekend’s decisions should finally make clear that there is no intrinsic relationship between conservative Christianity and Conservative politics.

John Stackhouse is the Samuel J. Mikolaski Professor of Religious Studies and Dean of Faculty Development at Crandall University in Moncton, New Brunswick. Of course, he is best known in Vancouver for his years at Regent College as the Sangwoo Youtong Chee Professor of Theology and Culture.

This comment was posted on his blog May 30, and is re-posted by permission. He also posted “Love Your Enemies”: The 24-Karat Golden Rule for Politicians, an edited version of the address he delivered at the Prayer Breakfast of the Conservative Party of Canada May 27.