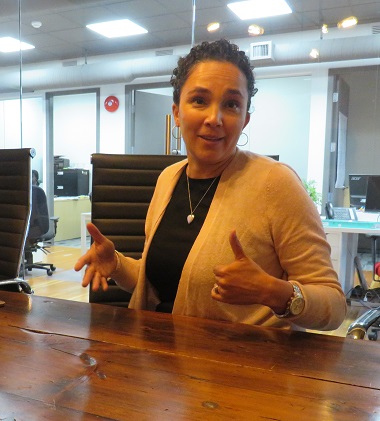 Shaila Visser says launching Life.Shared continues Alpha’s mission by “mobilizing Christians in Canada to invite those they know and love to discover a relationship with Jesus.”

“We want to democratize evangelism again.” Alpha Canada national director Shaila Visser and her team know as much about how to reach people for Christ as anyone in the nation. Alpha already has a very effective outreach, but their consultation with churches has strengthened their conviction that many more people can be reached if regular church-goers become more involved.

When I met with Visser recently, along with Jon Bryars (marketing and communications lead) and Cynthia Tran (senior project manager), they described a new Alpha focus. Life.Shared is “a church-inspired initiative to mobilize Christians in Canada to share life, faith and Jesus.”

Visser and other Alpha leaders hosted several groups of pastors across Canada this spring. She said the main finding was that churches need help with knowing how to reach lay people outside the church.

She said Alpha is hoping to help create “a culture of invitation” through Life.Shared. Quoting Darrell Johnson, she said: “Evangelism is joining the Holy Spirit in a conversation that he is already having.”

Bryars pointed out that even most regular church-goers are hesitant to share their faith, adding that “only 29 percent of religiously committed people in Canada view evangelism positively.” He said the issue is particularly serious among younger Christians.

He outlined the findings that have been gleaned over the past year, some of which have been incorporated into a 16-page Life.Shared booklet (go here for the pdf). Following are their findings related to culture and evangelism.

We have identified three key insights that provide a framework for our contemporary, western culture and ultimately lead us to highlight the importance of community and relationship when reaching people with the gospel today.

In some ways, the 21st century is not dissimilar to the 1st century world of the early church. The exclusive claim of Christ as “the way, truth and life” is offensive in a culture that proposes many ways, truths and sources of life. Jesus can be our ‘personal Lord and Saviour,’ but not the Lord of Lords and not the Saviour of the World. Truth claims – and therefore the gospel – have become privatized and removed from the public square.

In other ways, the context of 21st century Christianity is different from that of the early church. The early church introduced a radically new ethic but much of what would have been uniquely Christian to a pre-Christian world has been embraced subconsciously today, yet Christianity has been consciously rejected. The current culture wants the kingdom but not the King, the life without the Life-giver. In a Post-Christian society that believes they have “tasted and seen that the Lord is bad,” sharing faith is increasingly complex and challenging.

A philosophy of hyper-individualism has shaped the world around us. Technology, advertised with the promise of connectivity, has in many ways disconnected us. Urbanization has drawn millions of people together into apartment blocks of nameless neighbours. Even the family unit has been reduced in size leaving us with fewer people to call our family. An autonomous, self-seeking existence has been encouraged under the banner of individual freedom, yet for many, the result has been social isolation and dislocation.

Understanding a postmodern, post-Christian and post-social society helps us to think about the big questions our culture is asking and how the gospel might be received. In a world in which truth is relativized, Christianity is ostracized and autonomous freedom is idolized, the call to share Christ is increasingly challenging, yet needed more than ever. 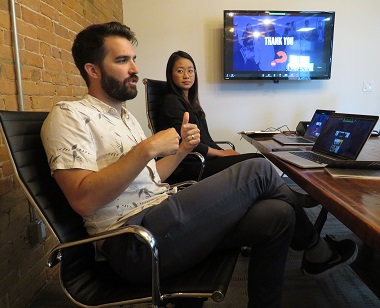 Jon Bryars explained cultural and evangelistic insights gained during preparation for Life.Shared. With him is Cynthia Tran.

There are Christians across the world who share Jesus faithfully with much success. However, there are some insights that help us understand why so many in the church don’t view evangelism positively.

You will see that each insight corresponds to the cultural insights mentioned previously.

The dreaded response to our attempts to share the gospel is either an antagonistic argument or apathetic shrug. Evangelism can, at times, start from a place of fear and not of faith – fear of being ostracized, or getting it wrong, or not having the right answer, or even being ignored or pitied. It is easy to respond in kind, either with aggression in an argument or to become apathetic towards the mission. Sometimes it is simply easier to not say anything.

Following the 18th century Enlightenment Period, in which the truth of the Christian faith was questioned, the church has often equated apologetics with evangelism. This approach leads to an inevitable elitism. If we don’t have the right answers to the skeptics’ questions, we don’t feel equipped to participate in “evangelism.” Evangelism is handed by the majority of the church to a minority of scholars. While apologetics is a necessary and valuable resource for the church, it is important that we make it clear that it is not synonymous with evangelism. The mission of God is for the whole church body to participate in.

The internalizing of faith as an individualistic pursuit, in which faith is understood simply as a personal, internal grappling, enables a form of evangelism that doesn’t require our physical presence. Technology now allows us to have increasingly disembodied relationships, where we engage with people primarily, or even solely, through a screen. Questions are googled and are decided by algorithms rather than wrestled within a community or by appeal to tradition.

Every believer should have the joy of seeing their friends’ lives transformed by the gospel, but many view evangelism as something that they do not wish to, or are unable to, participate in. The Life.Shared initiative hopes to reframe evangelism so that everyone can feel inspired and equipped to participate in sharing the faith.

Resources for the church 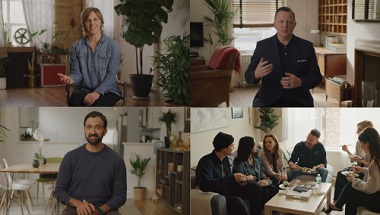 A three-week video series that facilitates small group interaction will be available July 26.

Alpha has developed several free resources – which will be available on www.lifesharedseries.com beginning this Friday (July 26) – to support Life.Share:

Go to the pdf of the Life.Shared booklet (pages 8-9) for details on the 7 Best Practices.

Bryars noted that 80 percent of Alpha guests come via personal invitation. Visser added that some 40,000 people attended Alpha groups in Canada last year, and they would love to double that number in the coming year. Life.Shared materials are intended to help churches and their members take the initiative, but she said they can be used very effectively on their own as well.