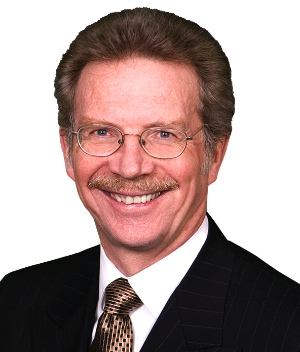 After years as a Surrey city councillor, Marvin Hunt is now MLA for Surrey-Panorama.

It is 23 years since Marvin Hunt, then one of the pastors at what is now Bible Fellowship Foursquare Church, was elected to Surrey City Council.

At council’s February 3 meeting, Hunt handed in his resignation, informing Mayor Dianne Watts that his upcoming schedule as a newly-elected B.C. Liberal MLA would make it impossible for him to attend council meetings. Hunt would have been up for council re-election in November, had he not won the provincial election.

When he became MLA for Surrey Panorama, Hunt said he would give away his salary, but would stay on until at least January, 2014. In that way, he would avoid triggering a by-election which could cost the city an estimated $600,000 to $750,000.

In the first instance, he suggested he would donate his council salary to NightShift Street Ministries, operators of an inner city ministry in an underdeveloped area between Surrey Central and Gateway SkyTrain stations. NightShift is supported mainly by several churches and faith-oriented businesses. Hunt also mentioned donations to some other ministries as well.

That idea soon evaporated, as some of his critics suggested the city itself should receive his salary, if he was going to give it away. So, in the end, Hunt followed that latter route.

The possibility of NightShift receiving his salary – which would have amounted to at least $50,000, depending on how long Hunt actually stayed on council – was in line with the former pastor’s worldview and sympathies. But not many Surrey people seem to remember that.

Hunt has held two jobs at the same time once before. When he was first elected to council in 1988, he was one of the pastors at Bible Fellowship, a congregation of several hundred in the south Newton area. As such, he was the occasional target of critics who were ever watchful of elected officials who tried, in their views, to overly mix politics and religion. 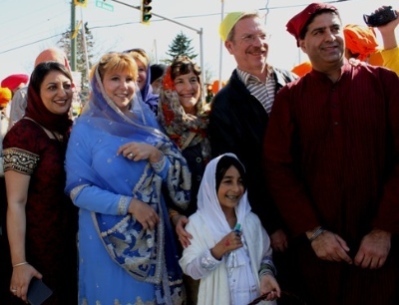 Eventually, toward the end of the 1990s, Hunt made it a point to become a full-time city council member. That reduced the critical barbs. He became known for an articulate, work-oriented approach to civic office. While he leaned socially and fiscally conservative, he was known for his ability to work with people at various other points on the political spectrum.

Hunt retains his connection with Bible Fellowship and the evangelical Christian community. He has served as volunteer board chair of Regent Christian Academy, a K-12 school associated with his church.

A further step toward his emergence as a non-partisan and collaborative politician came with his affiliation with Surrey First, the ‘non-party’ in control at Surrey’s City Hall for close to a decade, under the widely-popular Mayor Watts.

Surrey First has quite successfully brought together a ‘coalition’ of civic politicians and supporters who come from left, right and centre on the political spectrum. They are also drawn from a wide range of ethnic and religious backgrounds.

For Hunt, the experience has been interesting. For example, when Surrey Muslims wanted someone from council to bring greetings on the occasion of Eid one year, Watts asked Hunt to do the job. She cited his comfort level with people of faith – all the while recognizing that his background was Christian, not Muslim.

“It was a real honour.” Hunt recalls, adding that, no matter his own faith perspective, helping to create understanding among Surrey’s increasingly diverse faith groups is important. (Surrey’s major faith groups are Christian, Sikh, Muslim and Buddhist. And the Christian segment of the population comes more and more from Asian and, to a lesser extent, Caribbean/Afro backgrounds.)

All this is background to Marvin Hunt’s move to Victoria, along with his wife, Ruth. (They share six children, all in various stages of impending adulthood.)

When he presented his resignation February 3, he came close to choking up, citing his sense that he would miss the council chambers out on Highway 10 near King George Boulevard. Watts, half seriously, suggested that she would not accept his resignation and that he would be welcome to take his seat whenever he was in town.

Mind you, that seat, should he choose to seize it, will be several kilometres to the north, in the new Surrey City Hall at Central City, which opens February 17. The move to the massively impressive neo-modern facility is part of a city strategy to make the area surrounding Surrey Central SkyTrain station into a vibrant urban hub.