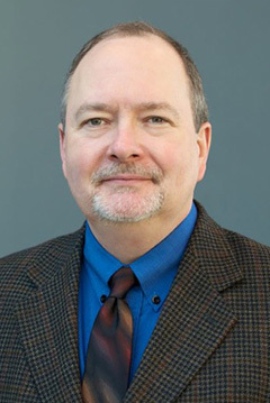 Before this situation descends utterly into farce, satirists ought to capitalize on the current controversy over Trinity Western University’s attempt to found a Christian law school. “Thousands of gays who wouldn’t dream of attending an evangelical law school threatened with mandatory celibacy if they do” might read one headline. “Lawyers discredit proposed law school for forbidding students from screwing around like they did at law school” might be another.

Whence all this indignation about a Christian law school?

This argument is nonsense. Lawyers routinely represent clients who act in ways that not only diverge from their own values (as in, say, their choice of sexual partners) but actually appall their counsel: theft, drug pushing, fraud and murder. All of those lawyers graduated from law schools that can be presumed to frown on such behaviour. Yet lawyers are trusted to provide services to those who act in those ways.

Trinity Western’s traditional sexual ethic actually points to a positive legal consideration. Its overarching Christian commitment commands the love of one’s neighbour as oneself and the treatment of others as you would be treated. Wouldn’t we all be well-served by lawyers who believe that, whatever their views of our actions, God requires them to give us the best possible legal representation? That they are religiously obliged to treat us as if we were members of their own families?

Moreover, if one looks at the manner in which graduates and deans of current Canadian law schools have been denouncing TWU, one wonders which school would cultivate the greater appreciation of the dignity and outlook of those with whom one disagrees.

Alas, one also wonders about their grasp of the law, the legal profession and fundamental principles of Canadian life: There is nothing illegal about a private Christian law school that insists on a minimal sexual ethic. Moreover, TWU has met the requirements of the bodies charged with examining its application.

Across the country, however, there are lawyers agitating for law societies to refuse to acknowledge graduates of such a school without even assessing their competence. These agitators cynically seek to exploit these organizations in order to – wait for it – impose their values on everyone else.

In such manipulation they are acting, indeed, just like lawyers, but in the worst sense. They certainly do not act as if the law schools from which they graduated (or in which some of them teach) hold the legal or moral high ground.

Still, isn’t there something just obviously un-Canadian about a law school that would bar gays? Wouldn’t that be like barring Jews, or blacks, or women? Yes, it would. And that would be bad. So Trinity Western University doesn’t do it.

What Trinity Western does is ask people – straight, gay, whatever – who want to attend an explicitly evangelical school simply to act accordingly. TWU has the integrity to say that among the many values that make up the communal life of this Christian school is a minimal sexual ethic. Such an ethic, clearly consistent with the religious stance of the school, is protected in Canadian law.

Indeed, schools of an explicitly Christian nature have been protected as such since Confederation. Catholics and Protestants didn’t agree with each other in 1867 on a wide range of issues, any more than do Canadians on various sides of sexual ethics today. But they formed a nation by accommodating each other’s differences, including different kinds of religiously based schools.

Today, however, Trinity Western is being attacked by those seeking to impose a single set of values – their values – on all Canadians. This campaign is just as repressive as anything in Duplessis’s Quebec. As the Parti Québécois currently seeks to squelch religious minorities in the name of a single correct way to be a Quebecker, so these other Canadians are seeking to enforce their particular version of what it means to be a Canadian on everyone else.

John G. Stackhouse, Jr., is the Sangwoo Youtong Chee Professor of Theology and Culture at Regent College. This comment first appeared in The Globe and Mail.