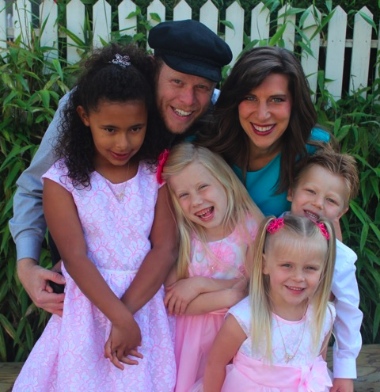 Dennis and Mistin Wilkinson have found a new home which suits their young family and gives them plenty of room to continue to host their friends and neighbours in the West End.

When Dennis and Mistin Wilkinson moved to Vancouver’s West End to plant Meta Communities five years ago, they knew finding their family of six a place to live would be nearly impossible. But God surprised them . . . twice.

After a year of searching, a single family home in their area came available: a nine-bedroom house that rented for $20,000 per month.

The owner dropped the price to $6,000 if the Wilkinsons would fill the extra rooms with homestay renters. “We functioned as a hotel and community centre – fantastic for the gospel,” says Dennis. The church kicked in extra, and the C2C Network rented rooms for ministry.

“It wasn’t all fun and games,” says Dennis, “My wife Mistin had to cook for 10 every night, but we felt like this was where God wanted us and we were thankful.”

The Wilkinsons planned to be there forever.

On May 29, the Wilkinsons hosted one of their community barbecues for 50 people on their front boulevard. Someone in the neighbourhood threatened to phone police because they were hosting a church event on a lot zoned as a “one-family dwelling.”

The next day, their landlord called to say he was moving his family back into the house. The Wilkinsons needed to move out by August 1.

“I knew I was hooped,” says Dennis. “There are 150 people within the sphere of Meta, but only 15 – 20 have crossed over into belief. We can’t commute to church. We’re a parish church; this is our neighbourhood.”

The next morning, a Saturday, the Wilkinsons sent a prayer request entitled “bumpy times ahead” to the 572 intercessors on their email list. And they informed their neighbours. By Sunday, his inbox was flooded with rental listings.

“I didn’t have to look on Craigslist: everyone in the neighbourhood was doing it for us because they wanted us to stay!” says Dennis.

That Monday, of the 75 three-bedroom rentals in the neighbourhood, four were listed.

One landlord rejected their application because he didn’t want the Wilkinsons’ four children, one place was too expensive and one was “a stair nightmare.”

Dennis phoned the last of the four listings and said, “When I come see the place, can I bring my kids?” (He stressed that his children, ages five, six, eight and nine come with “fully developed lungs and tons of energy.”)

Although a group of mature singles applied, the landlord told Dennis, “There was never any doubt you’d be in because I love families.”

The Wilkinsons moved June 27, a full month before their eviction date. 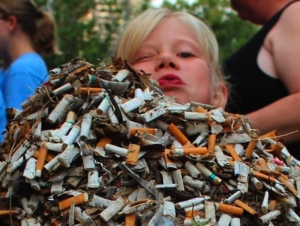 One of Meta Communities’ most recent projects was a cigarette butt clean-up in the neighbourhood July 9.

Just a seven-minute walk from their old location, the new home is right across the street from four families with whom the Wilkinsons have become close friends. “They’re thrilled we are moving,” says Dennis.

The new home has a larger living room that can hold 20 adults and a fenced-in backyard adjacent to a green space. Now, the Wilkinsons’ neighbourhood barbecues can grow to 100 guests without taking over any boulevards, while the children play safely, far from busy streets.

“I feel like I’ve been living in a hotel for five years,” Mistin told Dennis, “and now I’m coming home.”

Dennis says, “God was saying, ‘Just trust me on this one. I’m going to get you evicted because you wouldn’t leave otherwise, but don’t worry: I have a spot for you.’”

This story is re-posted from the Mennonite Brethren Herald by permission.

1 comment for “Meta Communities: When God evicts you from one house, he opens another”