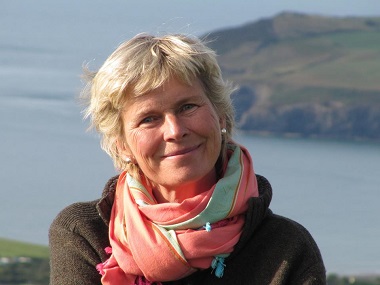 A Rocha Canada and Regent College will co-host a memorial for Miranda Harris.

A Rocha Canada and Regent College will celebrate the life of Miranda Harris, co-founder of A Rocha. The memorial at Regent College will be shaped around viewing a recording of the official service taking place at St Aldates in Oxford on the same day (December 14).

Leah Kostamo, co-founder of A Rocha Canada, wrote about her friendship with Miranda.

I scribbled this quote in my journal on October 27th, just the day before I got the news of the tragic accident that seriously injured Peter Harris and took the lives of Miranda Harris and Chris and Susanna Naylor. I had no way of knowing how experientially true these words would become just one day later.

The loss of these dear people is a tremendous blow for the A Rocha family globally. Chris served as our executive director, a role he filled with a calm and wise leadership. He and his lovely wife Susanna had been part of the A Rocha family since the late 1990s, when they began A Rocha’s work in Lebanon. To get a sense of what these remarkable people meant to the A Rocha family and others, you can check out the condolences board on the A Rocha International website.

Peter and Miranda Harris co-founded A Rocha back in 1983. They established A Rocha’s inaugural environmental centre, on the southern coast of Portugal, when the notion of conservation as Christian mission was a rather bizarre and radical idea. After leaving the Portuguese project in the capable hands of national staff, Peter and Miranda went on to directly foster the first wave of new national A Rocha projects about 14 years later (those include Canada, Lebanon, Kenya, the US and the UK).

For us in Canada, the Harris’ example, vision, and unfailing encouragement was the nurture that got the dreamy idea of an A Rocha project in Canada from egg, to fledgling to soaring stage. All we’ve managed to accomplish is testimony to their inspiring vision, courage and guidance.

Peter miraculously survived the accident and is in serious but stable condition in a South African hospital near where the accident took place. All four of his children are with him, and he continues to make progress day by day. He sustained many broken bones and a collapsed lung and was initially under sedation, but he is now awake and able to take breaths on his own, as well as communicate for short periods of time. His family writes that they are “awed by his faith and strength.”

If you are the praying type, please continue to hold him in your prayers for a full recovery and so much grace, as he now grieves the loss of his dear wife and dear friends. To keep updated on his progress, visit this link on the A Rocha International website. [As of November 30, he had been cleared to fly home to England.]

Because of her direct connection with so many of us here in Canada, both through A Rocha and her times of teaching with Peter at Regent College, I’d like to turn my attention now to Miranda and what she has meant to so many of us. Our collective grief at the loss of Miranda is evidence not only of our love for her but also of her love for us.

She was (and still IS, even more so!) a woman with the most tremendous capacity for big-hearted love. Colin Jackson, a surrogate son and founder of A Rocha Kenya, nicknamed her “MamaRocha” because of her astounding nurturing instincts that she showered on everyone she met.

And what joy. Miranda embraced life like few I’ve ever known. I remember back in 2000, my husband Markku and I were kayaking along Jericho beach in Vancouver when we unexpectedly spotted Peter and Miranda on the shore. (We had just spent the previous day with them, so Miranda’s ensuing enthusiasm was not motivated by seeing long-lost friends; rather, by her own utter child-like embracing of LIFE.)

Upon seeing us, Miranda hiked up her skirt and waded straight into the water, a huge smile plastered across her face. It was clear that she wasn’t risking an impromptu total immersion baptism just to give me a friendly kiss on the cheek (her hallmark greeting), but was intent on decamping me from my seat so she could jump into the kayak herself.

I had no choice but to clamber out of the boat (and into the water!) and give her a boost in. She then proceeded to laugh with delight as she paddled around the bay, happy as . . .  well, happy as an enchanted child in a sturdy boat on a beautiful day. Such unabashed delight was one of her most endearing and infectious qualities.

The poet David Whyte writes that when we lose a loved one, we fall toward something. It’s like falling in love, but it is falling in grief. In our grief, Whyte says, we are actually falling toward the foundation that that loved one held for us. Perhaps it was a foundation we didn’t even realize they were holding for us.

It’s hard not to fall into an overuse of superlatives when speaking of Miranda. In more than one Facebook comment since her passing, people have spoken of a great light going out in the world. Indeed, Miranda uniquely lit up a room. And if you were fortunate enough to be in that same room you were warmed and sustained by her glow.

May the warmth of her legacy continue to sustain us. May we live our lives upon the foundation she held for us as we entrust her to the God she loved so much. And may we look forward to her beaming smile, when she, along with all the saints, welcomes us to eternity’s shore.

This comment originally appeared on the A Rocha Canada site and is re-posted by permission.

Leah will be able to take part in the service at St Aldates in Oxford.