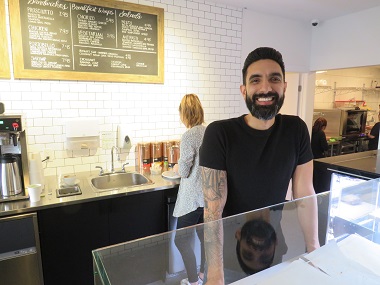 Fari Maghami looks right at home in Eden Cafe, and he welcomes all his Downtown Eastside neighbours.

Fari Maghami is devoted to the 600 block of East Hastings Street. I found him behind the counter of Eden Cafe (643 East Hastings) on its opening day, late last month.

He knows the whole area very well though, having worked out of the Union Gospel Mission headquarters just down the block at the corner of Princess (and before that across the lane at the old UGM building). Then he began pastoring Coastal Church out of Strathcona Church, one block south of UGM.

His campus of Coastal Church (Crosstown) now meets a few blocks away, at the Cineplex Cinemas, but he has managed to retain a connection to his favourite block.

Maghami is now also leading the team at Eden Cafe, which is run by Coastal Church. “We’ve been praying for this place for at least a couple of years,” he said as he showed a few people around the premises. The cafe is bright and welcoming, benefiting from incoming sunlight on the north side of the street. There is a meeting room in the back (“There have been prayer meetings here already.”), as well as a large newly refurbished room downstairs.

Maghami clearly has a personal investment in Eden Cafe, but his focus is on the surrounding community. In a short promo video for the cafe, he says:

Eden Cafe, for us here in the Downtown Eastside . . . is going to be a for-profit social enterprise. The profits that we do gain will go towards the benefit of the neighbourhood, of the community. It will be a place where we can hire people with barriers that are coming out of prison, or are in recovery. It will be a place where we can train them, give them skills – but also leadership skills as well. It’ll be a really great place to be able to bring the community together. 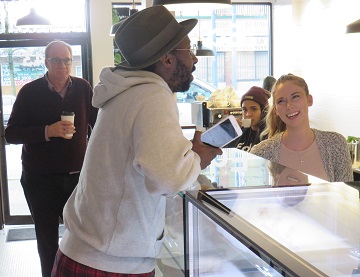 Maghami says Eden Cafe will be professionally run and will offer people legitimate training for the future. He and his team are calling on some high-profile help.

“Chef David Robertson and his wife Sara are the founders and owners of The Dirty Apron who are helping us with our menu and the training of our Eden Cafe staff,” he said. As well, “Peter Lee is part of the Canadian sales at Caffè Umbria, [which] is our main coffee suppliers and they train our Eden Cafe staff to make delicious coffee.” And they are members of Coastal Church.

Eden Cafe will focus on training their workers:

We have a six-month job program for individuals with barriers. This is for people coming out of a recovery program or who have around six months clean time from drugs and alcohol, or individuals who have spent time in prison or any other background and life experience that might make it difficult to enter and remain in the workforce. 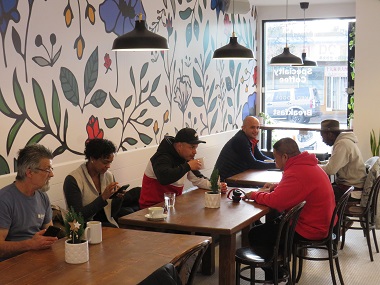 Our job program will provide an opportunity for people to build their resume and gain valuable work skills and experience. Eden Cafe provides a supportive and caring work environment that fosters respect and dignity for individuals who have experienced marginalization. Currently two of our staff are in our six-month job program.

For those who perhaps think, man, there are so many people struggling, there’s been so much money and support poured into the Downtown Eastside for so many years, there’s no way you can help this.

But then I go back to the scripture, and I’m like, well the scripture says, ‘care for the poor, visit the prisoners, preach the gospel to the poor’ – so there’s a lot that’s in the scripture that talks about caring for the outcast, for the marginalized. 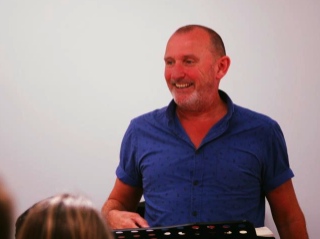 The name ‘Eden’ has a history. Senior pastor Dave Koop gives a brief introduction on the video:

Coastal Church got involved with Message Trust [The Message] a few years ago, when I went to Manchester and took a look at what they were doing through something called Eden.

Eden is a strategy to go into the most hurting areas, with local people out of the congregation, live there incarnationally, and see how we can bring Christ to them by being in community with them. . . . Eden is about going to the people that are hurting the most and bringing the love of Christ to them.

During a visit to Vancouver in November 2014, The Message founder Andy Hawthorne spoke at Coastal Church. Go here for the Church for Vancouver follow-up article: ‘The Message birthed Eden: a Modern Missionary Movement.’

In May 2016, several local pastors (and I) went to visit the work in Manchester. Go here for my report: ‘The Message is thriving in the UK: how about in Vancouver?’

The Message is now established in several cities around the United Kingdom, as well as in South Africa and Germany. Metro Vancouver is the first outpost for the ministry in North America.