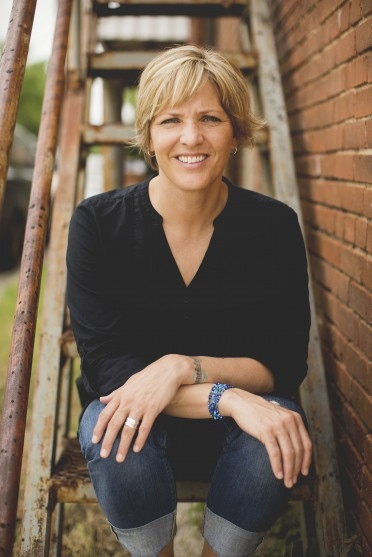 Danielle Strickland will be a keynote speaker at Missions Fest.

Danielle Strickland will be a keynote speaker at Missions Fest Vancouver this weekend (January 29 – 31). She spoke to Faith Today about how we fight poverty (not always in the best way), how we might be an oppressor without even knowing it, and the great hope the church can bring to a broken world. This interview is re-posted by permission from the January/February 2016 issue of Faith Today.

Faith Today: It seems to us the Salvation Army does a great job at serving the downtrodden. It does mercy so well. You speak out strongly for advocacy. How do the two work together?

Danielle Strickland: The Salvation Army has a natural bent to respond to human needs, and how that manifests itself for the most part is social service. We are fantastic at mercy. We do mercy very well.

Justice has a little bit more of a strategic emphasis on advocacy, and maybe digging a little deeper to the causes of poverty and need. People say social justice is a new thing. Actually, I think it’s our oldest thing. But it’s like we’re rediscovering it afresh for today’s context. Issues like human trafficking, for example, have pushed us to this place. We understand it’s not enough to care about the trafficking issue, we have to do advocacy.

DS: I think justice is a deeper journey, and to go deeper requires more effort. I remember reading a conversation Bono [lead singer of the band U2] had on a plane after he had witnessed a kid dying of malnutrition in Africa. He said something like, “Mercy made me cry and justice made me angry.”

The question then became – not so much, Should children die? – he knows the answer is no. But the other question is, Why is this kid dying of hunger and my kid is throwing food out? That’s a harder question.

We have to look at our own habits, and then economics and policy, and why kids in Africa are starving when there’s enough food. Are we willing to keep peeling back the layers? It is almost like an onion – the more layers you peel off, the more potent it becomes. On the journey to justice, there are times when you think it is too hard, too personal, it’s not making me feel good anymore, it’s making me feel bad.

DS: Entry-level mercy makes you feel good. Deeper into justice can make you feel bad. I think we all need to do more mercy all the time, but justice is an invitation to go deeper both inside and outside. The shallow end of a pool is fun. You don’t have to work to stay afloat. But once you go to the deep end, it takes more risk. You might go under. It’s scary and exhilarating. But it’s hard work.

FT: How do we figure out how to move forward personally with mercy and justice?

DS: I think it’s listening to the call of God in our lives and what he has called us to do. I think of a couple who took over a work I started in Vancouver in the Downtown Eastside. They moved into that neighbourhood with their family, and now collectively live with a group of people in a house they all bought.

That’s an extreme other way to live in our world. It’s like an affront to us. We say, “What? You live with other people and share your house?” And they’re living in that neighbourhood with children.

The dominant culture would think they’d lost their mind. They haven’t. They are literally a sign and a wonder. People are saying, “What is that about?” Sometimes signs and wonders are a prophetic example of doing life differently.

The church is called to be a sign and wonder. We forget how, in Acts, one of the greatest signs and wonders was this collective economic status. They crossed the boundaries of economic and gender divide. We forget the radical nature of what Christ called us to do. There are other ways to be radical. . . .

FT: Is fear what holds us back from these actions that can feel radical, at least at first?

DS: I think fear is the number one enemy of the church and always has been. [God] says, “Do not fear” with almost every encounter he has in scripture. It almost gets a little bit comical. I wonder if we’ll ever get this message? And what are we afraid of?

I’ve been doing a study on Exodus. It dawned on me that fear is the way that we’re oppressed, but it’s also how we become oppressors.

We read the Exodus story identifying with the Israelites. I suggest we try to read it identifying with the Egyptians. Or think of the rich young ruler who comes to Jesus, and then walks away because he says you need to be liberated from your fear by walking away from your wealth that has become the boss of you.

Most people suggest it’s not just economics, but the power that comes through it that we can’t give up. We are afraid of being powerless. We literally have an invitation to live a fearless life, which has so many ramifications. It protects and frees us from being oppressed. It’s good news for the poor. But it also frees us from being the oppressor.

We are afraid of paying more for our clothes, which keeps women and children enslaved in Bangladesh. Fear drives us as much as oppressors as it does the oppressed. Fear becomes this vicious cycle that chains us all. We need to choose to not live in fear, but with love. And love is not an emotion, but an action.

FT: You were very active with the human trafficking issue in Canada, and specifically the work around the new prostitution laws. How are you feeling about that work now that a little time has passed?

DS: I was absolutely pleasantly surprised at the church’s involvement in that campaign. And I was really excited about Christians waking up to that reality. I thought that was a fantastic demonstration of how the church could make a difference in the world if we responded.

But one of the troubles of being in the deep end is you have to keep kicking. There needs to be real strategy around implementation. This is true with any justice campaign. You win the legislative day, but now we have to win the culture war in terms of how we implement that not just legally, but also personally, So that’s where we have to have conversations in the church and with the church about buying sex and pornography. . . .

FT: Do you think we doubt our power to change the world?

DS: I think cynicism has really hurt the church. The first time I read a book about how we could end extreme poverty on the earth, I thought, I’ve never thought about this before. The author wasn’t even a Christian. I started to believe it was actually possible. How ironic it was that I was part of a church whose job it is to bring hope.

How did I never hear this growing up in the church? What a tragedy that we are the keepers of that prophetic hope and we haven’t done a good job of believing that.

We suffer from the oldest disease in the church, gnosticism, where we separate our spirituality out of our life. It’s a belief system divorced from actual incarnation. Paul just rails against this in the early church. We need people to rail against it again.

We need a combination of this joyful, optimistic, hope-filled word – that God intends to redeem the world – mixed with realistic, incarnated, strategic understanding of oppression and how it happens. It’s not a “pie in the sky, all will be well, Hallmark transformation” story. It will be in the grit and everyday understanding of how oppression works, mixed with prophetic hope of a better world coming.

In my own church history, William Booth understood redemption would look like poverty demolished and people getting back to work. It was going to look real. It was a radical hope mixed with “roll your sleeves up and get to work.” And those postures are so important to hold together.