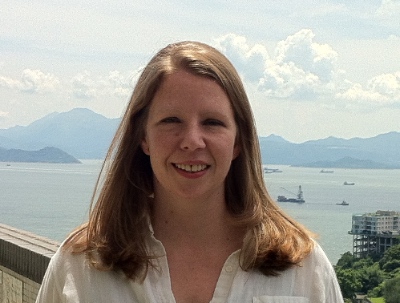 Ede Clarke and Gotta Go work with the outcast and overlooked in Asia.

Ede Clarke, who runs the non-profit organization Gotta Go, will be one of the four keynote speakers at Missions Fest January 30 – February 1.
Since 2003, Gotta Go’s teams of nationals have been spreading the gospel to those who have never heard the name Jesus before, in persecuted areas in Asia. Gotta Go serves those without a voice – the forgotten, tossed aside, considered worthless and enslaved: men and boys coming out of prison and off the street, women and girls trapped in sex slavery – offering them a home at safe houses called Grace House where services include discipleship, counselling, medical care and vocational training.
Over the years many of the once-tossed-aside are redeemed and then used mightily by God. Many start revivals in their villages, bringing the gospel to the very people who once sold or abandoned them. Others come on staff or volunteer. Some get married, have children and dispense their salt and light in these spiritually dark regions.
One of the greatest joys over the years of this work is seeing the far-reaching eternal effect that a once-forgotten one can have on others . . . for his name’s sake. Most of the men, women and children God brings to Gotta Go come from a stunted family and community – poverty, lack of education and health care, crumbling infrastructure, and no gospel presence. Therefore, whenever possible, Gotta Go tries to serve the entire family, village and community connected to that one. This is critical on a spiritual level, as Gotta Go sees every dear one as a door to many who have never heard.
It is also crucial to bring holistic healing to help end the generational cycle that often leads to abandoning and selling loved ones, suicide and children running away because of abuse. In addition to prevention, holistic healing for the entire community is also vital for the success of the redeemed to fully take off their old lives and put on their new ones.
For some who are redeemed, they can feel a strong pull back to their old life because of their duty to take care of their family at any cost. But if the extended family and community become Christians, if they are educated and healthy, if they sleep well under a roof, if they have money for food, clothes, transportation and medicine, then the redeemed can more easily grow into their new life and the cycle of abuse for all involved can slowly be broken.
Most importantly, the word of God can replace lies and superstitions with truth for a foundation of a godly world view. Join us in asking God to bring complete healing to the families, villages and communities that he brings Gotta Go to serve in these unreached areas of Asia.
Following are several brief first-hand portraits of some of the people Gotta Go is serving. 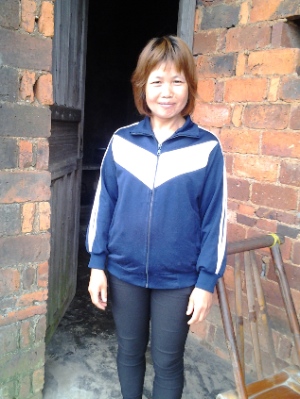 My name is Miss Choy and I’m 43 years old. I was shot when I was three years old, so I haven’t spoken since then. I can’t. My husband has one eye that can’t see.
We have a son who is now 20 years old. We sold him when he was young. Grace House found him. He was inside a brothel and they got him out. He was out for years before he finally came to us. But when he came a group from Grace House came with him.
We have no clothes, no food. They gave me clothes and food. You have to understand, I had not seen him in many years. I tried not to think of it – this has been handed down. This is how we survive and no one talks of these things. Then he shows up one day with strangers and they give us what we need. It was a strange day that changed my life.
Now we are Christians and many others here are too. We just started a little church not too long ago because there are now many Christians. Grace House helps us know what to do and gives us Bibles.
********** 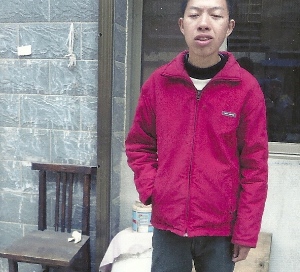 Everyone says my body is fine but my mind doesn’t focus. I think it goes in loops but it’s still okay. I just know that I am not like you. I am 22 years old. I take medicine every day since coming here [Men’s Grace House].
I have a dad but after my mom cut her hands and left [committed suicide] I had to come here because he has to work. Once she was gone, my family fell apart. Dad is back in the village working and I see him a lot. But he hits me so I don’t sleep there anymore.
This is better even though change can be hard. I still think they saved me. I remember the day was raining and I was outside. No one was there and then they were there and took me inside and fed me. That night was my first night away [at the Men’s Grace House]. I feel safe now.
********** 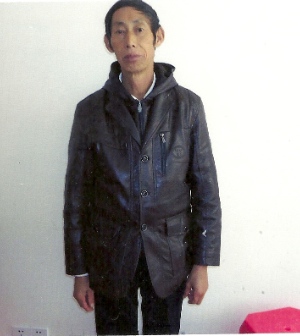 I can’t find my boy. For six years I’ve looked for him and lost everything else. He’s 30 years old and mentally slow. I can’t even think about what he must be going through. He has to have things a very particular way and I’m sure he’s in a panic.
My wife left us in the village years ago. I thought my boy and I were doing alright, but one day he was just gone and I can’t find him. No one saw anything. I’ve been homeless for a few years, looking for him and surviving. No one will help me.
One day someone from Grace House gave me noodles and water on the street. We talked for hours. Now I live at Grace House and they help me look for my boy. I’m thinking about starting to work part-time. The thing that is starting to change in me is Jesus loves my boy. I used to think I was the only one who could save him. But now I trust Jesus. I know I can still look for him. But I am starting to think maybe I can also work a little too.
I also think about our village and how if someone would have helped me with him while I was in the field maybe he wouldn’t be gone. And I wonder if someone killed him or sold him – I know they all wanted him gone because they thought he is cursed.
So I went back and talked to everyone and told them about Jesus and how we have to love each other. I told them I forgive my wife. I told them if they did something they should tell me and I’ll forgive them. Three people became Christians that day, but many were just angry and said they didn’t do anything wrong. I think I lost myself when I lost my boy. And now I’m starting to understand what life is about – God, Jesus and loving other people. But I still look for him every day.
********** 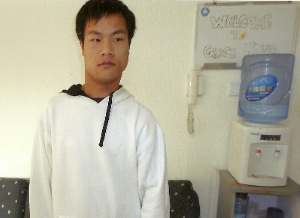 The left side of my body is weak and I can’t speak very clearly, so many people think I’m stupid, but I’m not. My dad has a similar problem and my mom committed suicide before I knew her – I don’t remember her at all. I was in the village for a while but everyone wanted me gone.
My dad and I worked pretty well together but it was hard to be a farmer with a weak body. Then one day Grace House came to our village because they knew another man from here who had been in prison. They knew him for years and when he finally got out they helped him. After he got a job and was doing pretty well he came back to tell us his story. He told us about Grace House and Jesus.
That day one of the Grace House people offered me work in their company in the city. No one ever wants me for anything, let alone work. I’ve been at the factory for months now. I live at Grace House and see my dad at holidays. I’m making a real salary and feel like a man. They don’t care that I’m slow, shake or have to do things differently. Other people there are like me too. Only one year ago I had never heard of Jesus and now my whole life is full of God and Christians. I still can’t believe it.
********** 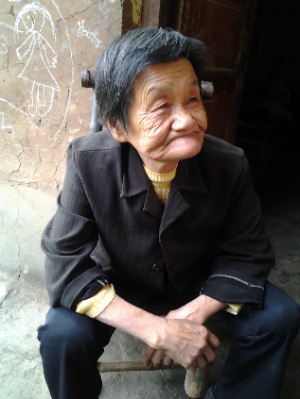 I’m 90 years old and live in a village. When I was young I helped deliver more than 20 children. I gave birth to nine children, including three who died before they were two.
We don’t have healthcare, so many children died when very young. People let them die or sell the girls. They don’t know what else to do. This is something learned from our parents and how we survive. We don’t talk about these things, like suicide, selling children, letting sick children die.
But now we are changing after Grace House came. They taught us some basic health care and are helping us plant a small tree farm and start a chicken farm. This way we can have money to get to town where there is a clinic.
But I think these are not as important as the fact that we now talk about the past ways and talk with our children so they know if they are sick we will help them and not just let them die or sell them. Another woman has talked about her mother who she knows killed herself because of the pain of selling her other daughter. She says the hope she has in Jesus now will end the secrets for her family.
********** 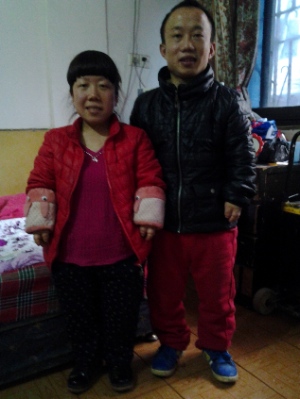 We are brother and sister and have rickets. We live in the city and beg to have money to eat. We are not welcome in our village and our parents act like we don’t exist.
One day we were on the street and a woman stopped to talk to us. Most people ignore us, but she looked right at us. She gave us fruit and other food. She became a Christian because Grace House went to her village. Her family all believed and they told her about Jesus. She lives in our city. So when she saw us, she said she had to show us God’s love like Grace House had shown her village God’s love.
We now know the people at Grace House and sometimes they take us to the villages when they teach health and nutrition. They also teach the emotional and spiritual importance of loving people like us. We think Grace House has a great purpose of teaching people and helping people know Jesus. He who has the Son, has life; he who does not have the Son, does not have life. I John 5:12 (NIV)
This article is re-posted by permission from Missions Fest Vancouver.
Share this story