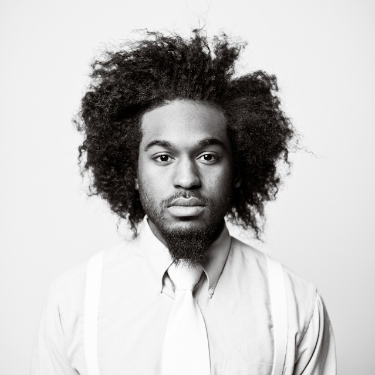 Micah Bournes will focus on justice at Missions Fest.

Micah Bournes is a performer, a poet, an artist and man with a passion for God and justice. He will be one of the four main speakers at Missions Fest January 30 – February 1. Bryan Halferty of The Unitive spoke with him about hip hop, faith and justice.

Micah, share a little about your background – your story.

I grew up in a Christian home. My parents taught me the Bible and my mom loved Gospel music. But I also loved hip hop.

I was one of six kids so everything was shared – everything was communal. Which meant nothing was mine. I didn’t know much about justice then, growing up, but I think that environment helped me see it in action. It was like justice at its most basic level: sharing. You know?

All those elements: family, faith, hip hop – they were all crucial to my development – to my story.

Tell us about your influences – the people who’ve shaped you.

When I was in high school Snoop and Tupac were big. I loved listening to them. I never intended to be a gangster. I never intended to use drugs or whatever – I just liked the music.  I was drawn to the thug image, but didn’t really wanna hurt nobody. As a young black male draped in hip hop attire, I knew  I was intimidating to a lot of people, and at the time, I loved that. It made me feel powerful.

In high school I was president of the Christian club. I had just finished a Bible lesson for this club, I got in my car and started listening to Snoop. The particular song was nasty – just bad. Right then I felt the disconnect between my faith and this music I liked.

Before this moment, I always justified listening to it by saying I wasn’t actually gang bangin or pimpin or whatever, but then I asked myself, even if I ain’t doin it,

Why do I find it appealing?

This music is promoting destructive lifestyles, sin, it devalues women, God hates this stuff, why do I think it’s cool?

I didn’t really have an answer for that, so I did the cliche young Christian thing. I threw away my CDs.

It was later that I found Human Emergency by Cross Movement. That was where I got discipled. Youth group was good and my dad taught me the Bible but it was listening to stuff like Cross Movement where I first felt discipled. Sounds weird but it’s true. Their lyrics are straight up theology with some boom bap behind it.

It was only later on that I got exposed to spoken word. I got invited to a show my junior year in college. I hadn’t seen anything like it. It was raw. Each artist was completely transparent. They were talking about real issues . . . struggles, things they were passionate about. Nothing was off limits. And every artist was distinct – what I mean is, they had their own voice. It all felt alive.

When did it change from just listening to actually writing and performing?

Well I had been writing raps for a while, it was just a hobby – you know – something I did for fun. People eventually found out and opportunities to perform in public came slowly.

In the beginning, when I was doing small rap shows in Chicago, people would ask me, “How much do you charge?”

From then all the way until now I was never forced anything, It was all just happening, slowly, but happening.

A lot of students wrestle with this. They’re passionate about something – a calling, whatever you want to call it – but opportunities don’t come easy. Many give up . . . or move on. How did you know whether or not to stick with it?

Well that’s a funny story. Everything else just didn’t work out. I wanted to go to grad school but I didn’t get accepted. Then I thought, well, with all I’m learning about justice and God’s passion for the poor and oppressed, maybe I should join the Peace Corps. That didn’t work out either. So after graduating college I was living in my parents’ house back in Long Beach. I didn’t know what I was going to do.

At that point I emailed a church I had done an internship with in college. This church had embraced my art, spoken word and rap. They’d given me opportunities to share in services. They really valued justice and the arts.

The Justice Conference really came out of that church and so they invited me to perform there at the first Justice Conference, and at the second one too. Those experiences were huge, they really opened the door.

Talk to us a little bit about your art. Would you define it as ‘Christian?’ How has your stuff been received in venues that aren’t explicitly Christian?

Right, well I think a lot of the time people don’t like Christian art because it doesn’t reflect life. You know what I mean? When we talk about Christian art, what we really mean is ‘PG’ art – we want ‘family friendly’ art. But life isn’t like that – it’s not always family friendly or PG. Life is messy and confusing. Our faith, for that matter, can be messy and confusing.

I wrote a piece one time called ‘Respect.’ It was a true story about a friend who always wanted respect, wanted to be validated and accepted by his peers – it cost him his life. I didn’t end that piece with a gospel message. I ended it with my friend dying, because that’s what happened. That’s life, at least part of life. If we don’t talk about the messiness of life our art will feel fake, because it will be.

I’m not saying you should avoid overtly Christian art, if that’s what’s on your heart, by all means do that, but I’m saying you don’t have to force the death burial and resurrection into every poem or song because you’re a Christian. Does that mean your art is ‘Christian’ or not? I don’t know, but if you produce honest art, true to life in its pains and its joys, real about your faith and your doubts, that type of art will definitely be spiritual.

At first I was nervous to play in places that weren’t Christian. I thought they wouldn’t like what I had to say. But I was surprised. They were really receptive, I think because I talked about all of life – even the messy stuff.

Alright Micah, two more questions. Number one is about your passion for justice. Talk about that.

Well it’s been a journey, that’s for sure.

I grew up – like many young Christians – thinking that life was just about a ‘spiritual salvation.’ You know: ‘get through life, live holy, die and go to heaven.’ Which now I see is only part of salvation.

I’m not minimizing the importance of heaven and hell, I believe those are real places, but salvation is not just for human souls, salvation is for human beings, and human beings are both spiritual and physical creatures, so the gospel Jesus preached and lived offers hope in both of those realms.

Think about this. When Jesus wanted to describe his mission to John the Baptist he told John the Baptist’s disciple: “Go back and report to John what you have seen and heard. The blind receive sight, the lame walk, those who have leprosy are cleansed, the deaf hear, the dead are raised and the good news is proclaimed to the poor.” (Luke 7:22)

Then there’s the prophet Amos, a favorite of mine. At one point God says through Amos, you trample on the heads of the poor like the dust on the ground (Amos 2:7). God’s passion for the poor is all throughout scripture. I look back at my younger self and just shake my head; I mean I can’t believe I missed all those scriptures about the poor and God’s passion for justice. It’s about learning though and learning means shifting and change – it’s a journey and I’m still journeying.

It should be said though that  ‘justice’ can be a trendy thing. Something that rises when fashionable, then dies off. For me – and hopefully for all Christians – it’s different. Justice shouldn’t be just trendy because God is passionate about justice. My passion for justice is rooted in God, not a trend.

Thanks Micah, really appreciate your time. Any last words to the young adults (and anyone else) that read this?

Yeah, don’t let fear of failure keep you from living your life. There’s so much pressure on young Christians – or just young adults in general. There is so much pressure to figure out a direction. This can be crippling. I think young adults need to hear that failure is not sin. Go out and try something, explore opportunities. See where it takes you and if you fail, reevaluate and move forward.

Bryan Halferty studied theology at Regent College and currently pastors Salt, the young adult and college ministry of Mercer Creek Church. He contributes to and edits The Unitive. Connect with him at @bhalferty.