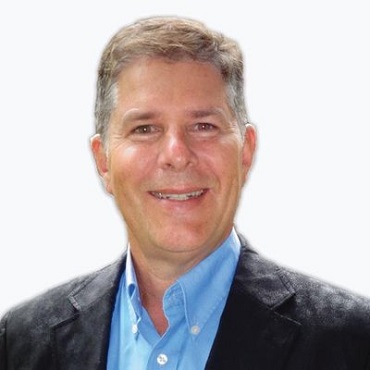 A Celebration of Life will be held for Mark Warawa at Christian Life Assembly July 5.

Those words – a version of the Jesuit motto “for the greater glory of God” – were the last ones spoken by MP Mark Warawa after delivering his final speech in the House of Commons last month.

They recall the words of St. Thomas More, patron saint of politicians, on the hangman’s scaffold: “I die the King’s good servant, but God’s first.”

Warawa’s farewell words brought several standing ovations from MPs of all parties. They not only exemplified the kind of person he was, but provided an illustration of how politicians of every belief and background should model themselves. They also sounded like the parting words of a parent leaving behind their children for the last time, as Warawa called for MPs to encourage each other and love one another.

Warawa, a devout Christian, died Thursday just two months after revealing he was battling cancer, which moved into his lungs, colon and lymph nodes.

His passing is not only sad for his family and loved ones, including five children and 10 grandchildren, but a loss to Canada as well. Warawa was that rare breed for a politician, a true man of conscience willing to stand up for his personal and religious beliefs, even at the risk of his career.

His legacy in the Commons and his Langley-Aldergrove community is truly inspiring. As far back as 2008 he was acting on his principles by publicly opposing abortionist Dr. Henry Morgentaler’s receiving the Order of Canada.

He became known as one of the few pro-lifers in Parliament and accepted the stigma associated with it, regularly attending the March for Life in Ottawa and serving as chair of the Parliamentary pro-life caucus.

His efforts to imbue a culture of life in Canadian politics included supporting a motion for Parliament to review the legal definition of when human life begins.

He introduced his own motion to condemn “gendercide” through sex-selective abortion, a motion more than 90 per cent of Canadians would have supported.

When his motion was deemed non-voteable at the committee level and he was refused permission to speak in Parliament by his own Conservative Party, he took up a new cause: the democratic process and the right of MPs to represent their constituents. He complained to then-Speaker Andrew Scheer that his own party was muzzling him, leading to Scheer’s ruling that MPs could speak over the objection of their parties.

Warawa then cheekily started what was described as a mini-backbench rebellion by standing in the Commons and making a statement opposing sex-selective abortion, but without mentioning the word abortion.

Did it ultimately affect his career and his standing in the Conservative Party? Probably, although he was appointed in 2017 as shadow cabinet secretary for seniors and palliative care, a cause near to his heart. He continued to serve on numerous committees, parliamentary groups and international delegations, including as an election observer in Ukraine in 2014.

In 2015 he took up the battle against euthanasia, and then became an advocate for end-of-life care, declaring “it is currently easier to qualify for assisted suicide than palliative care.” Warawa saw the threat that assisted suicide represented for physicians and “our religious and conscience freedoms in Canada” and met with various church leaders, including Archbishop Miller [of the Roman Catholic Archdiocese of Vancouver].

When in recent years he saw the growing movement to expand euthanasia and force it on medical workers and institutions, he introduced a private member’s bill to make it a crime to intimidate or coerce a medical professional to participate. (Conservative MP David Anderson has now tabled private member’s Bill C-418 making it an offence to coerce someone into participating in assisted suicide. Debate began last month, three weeks after Warawa’s last day in the Commons.)

As recently as March Warawa was presenting petitions on gendercide and on palliative care in the Commons.

Ultimately, Warawa’s greatest achievement may have been to bring to light Parliament’s cowardice on life and conscience issues. When the Supreme Court struck down Canada’s abortion law 30 years ago, it urged the government to draft new legislation. Not only has each government failed to, every political party has gone out of its way to stifle the smallest pro-life initiative, including such inoffensive measures as parental consent or women’s right-to-know legislation. Of dozens and dozens of pro-life bills and motions introduced, not one has succeeded.

We need to pray for our politicians. Theirs is a thankless job, trying to represent their constituents, toeing the party line, keeping true to their conscience, trying to balance regional needs with cabinet priorities, and in the case of MPs, all while travelling back and forth between their families and Ottawa.

Warawa showed it can be done, and the praise he received from all parties after his passing showed the respect they had for the man. I hope they give their admiration more than lip service.

Paul Schratz is editor of The B.C. Catholic; this comment is re-posted by permission.

A Celebration of Life will be held for Mark Warawa July 5 at Christian Life Assembly in Langley.

1 comment for “MP Mark Warawa: ‘a true man of conscience’”