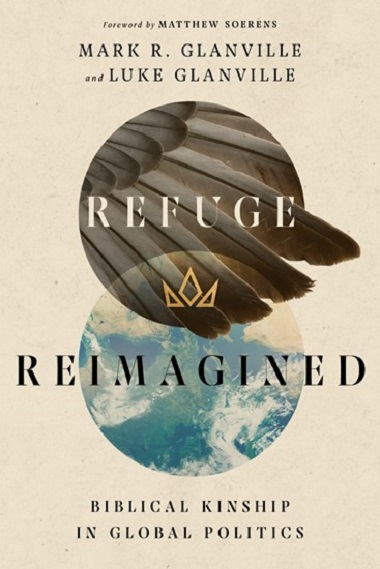 Regent College Bookstore will be hosting an event focusing on Refuge Reimagined – co-authored by faculty member Mark Glanville – next month, but in the meantime here is an excerpt from the book, which will be published February 16.

One justification commonly given for controlling and limiting the admission of outsiders is that excessive immigration, or the immigration of the wrong people, risks weakening the shared affinities and loyalties that bind a national community together and risks undermining the community’s shared identity and values.

This argument is widely heard today, including among thoughtful Christians.

Of course, shared loyalties and the cultivation of a sense of belonging are valuable things. And national cultures and customs, insofar as they facilitate the pursuit and fulfillment of universal goods, are to be cherished.

But there are good reasons to be wary of allowing our concerns for such valuable things to trump the needs of vulnerable strangers.

Let’s first consider a few reasons to be skeptical of the prioritization of communal bonds and national identities before suggesting a way forward.

To begin, we should recognize that arguments for the preservation of national culture so often rely on a sanitized portrayal of that culture. The identity and character of each nation is a product of history. And while national histories may be marked by evidence of God’s providential care and guidance, they are also often stained by the violent expulsion and exclusion of others.

Think of the United States, Canada, and Australia. Not only did European settlers in these territories first begin to establish their communal ties and national cultures on lands stolen from indigenous peoples, but these ties and cultures have subsequently been shaped and sustained over generations at least in part by racially discriminatory immigration controls – controls that are made more troubling by being introduced, in some instances, only as demand for cheap foreign labor declined.

The identities of these nations today are at least partly a product of such racist practices of exclusion. Recognition of this should lead us to pause before concluding that the preservation of these same identities might, yet again, justify the exclusion of outsiders.

We should also be wary of buying into pernicious myths that cast the existing identities of nations as homogenous and uncontested.

Arguments for the preservation of a nation’s culture and traditions are often actually arguments for the preservation of the culture and traditions of one historically dominant group. The group claims ownership of the national identity and fashions this identity in its own image. In the process it excludes other groups within the community, just as it does those beyond the community.

This has been a particularly troubling feature of the resurgent populist nationalisms that have proliferated across the globe in recent years, and it gives us reason to be at least skeptical when cries of asylum seekers are met with calls to preserve national identity.

Furthermore, the suggestion that we need to restrict entry in order to maintain communal bonds and national cultures, at least when it is political leaders making this suggestion, is undermined by the fact that these same leaders eagerly and routinely make exceptions for wealthy and highly skilled outsiders.

For example, while they ignore the desperate pleas of all but a few refugees, countries such as the United States, the United Kingdom and Australia have established programs that grant residency to outsiders in exchange for financial investment, purchase of property, transfer of capital, or establishment of a job-creating business.

These programs commonly also reduce the requirements for citizenship and expedite citizenship procedures. Within the European Union, several states have even established schemes by which an investment leads directly to citizenship.

This shift toward the “commodification of citizenship,” as it has been termed, clearly undermines the claims of some leaders of such states that restrictive policies toward asylum seekers are necessary for the preservation of national identity. Indeed, the fact that states will embrace the wealthy and eagerly seek their residency while turning away “the least of these” tells us a lot about their true identity.

How then, should we think about national identity?

Put plainly, national identity is to be affirmed so long as it is oriented toward a biblical understanding of community. This requires that it be disposed not only to the care of the poor and needy within the community but also to the cultivation of kinship with vulnerable outsiders.

To be sure, national cultures will always be diverse, and cultures are worth upholding. Just as we should enjoy the differences that we observe between families or between neighborhood communities, so too should we celebrate differences both within nations and between nations, insofar as they express “the goodness and flourishing of creation.”

But whatever else each particular national identity, culture, or tradition will be about, God’s desire is that they be about the pursuit of justice and flourishing for every person, including the stranger. This is God’s desire for human community.

We ought to be wary, then, of the temptation to pursue the uncritical preservation of national identity no matter what. We should instead contemplate our national identities with a posture of humility and a willingness to recognize where we have gone astray. 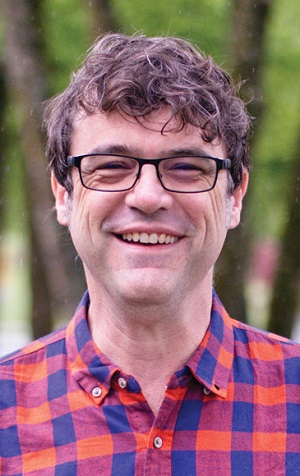 Certainly, we should identify and celebrate what is good about our cultures and strive to maintain these characteristics, in all of their rich diversity. But insofar as our national identities do not promote human flourishing and do not drive us to welcome vulnerable outsiders, we must work to reshape our identities by developing new narratives of who we are and what our collective purpose is.

What joy there is to be had in reimagining our national communities for the sake of those in need!

Mark Glanville joined Regent College as Associate Pastor of Pastoral Theology last summer. He had been a pastor at Grandview Calvary Baptist Church. His co-author / brother is a scholar in Australia.

A comment by Mark Glanville and Luke Glanville was posted on Christianity Today February 8: ‘Welcoming Migrants and Refugees: A Biblical Ethic of Kinship.’