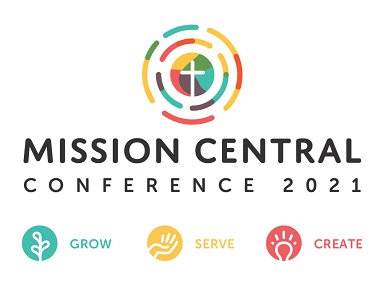 In late August 2020, the Mission Central board of directors and staff decided to conduct a virtual conference instead of a live event at Canada Place.

Not only would there be a new venue for the conference but a new name – SERVE. (Missions Fest Vancouver, as it used to be called, has been held annually for the past 36 years.)

After five months of hard work, the SERVE virtual conference was presented last weekend (January 29 – 31). Getting the conference platform up and running was a significant challenge; Joanna Roberts, Mission Central’s web developer, bore the weight of the burden and did a wonderful job.

Sherman Lau, manager of agency collaboration, worked tirelessly with the 90-plus mission agencies which participated in the conference. In addition to virtual booths, the weekend featured a youth rally, three general sessions, 43 seminar presentations, a panel and four ‘Birds of a Feather’ discussion groups.

Celina Lam and Marianne Mendgen worked hard to get news of the pivot to an online platform in front of the public.

Suddenly, because of being online, Mission Central was able to serve Christians right around the globe. Visitors came to the conference platform from many nations, including the United States, the United Kingdom, Philippines, Finland, Hong Kong, Egypt, Netherlands, Singapore and South Korea.

We were pleased to see that many from across Canada could take part in SERVE and continue to get updates about missions around the world from our exhibitors and seminar presenters.

Emily Aspinall was able to connect with over 400 Canadian churches outside of BC. Most of her energy was focused on the Greater Toronto Area, which lost its missions conference several years ago. Sadly, due to COVID-19, two other missions conferences – Jesus to the Nations (Atlantic Canada) and Missionfest Manitoba – were unable to proceed this year.

We recognize that there were problems registering for the conference; Jayne Taylor in the Mission Central office worked hard to help people navigate the process and get logged in. Once logged in, attendees to SERVE seem to have had a positive experience.

In total, we had over 2,100 conference attendees and they engaged with the various exhibitor’s virtual booths more than 22,000 times, leaving many positive comments.

This Mission Central site will remain up through October 2021 so visitors can continue to browse through our virtual exhibit hall and find out more about our partners in mission.

If you participated with us last weekend, you will also be able to watch all of the recorded content for free during the month of February. Others will have access to seminars and general sessions in our Store later this week.

Above all, we are thankful that the Holy Spirit was not inhibited by people engaging through screens. God moved powerfully through each of the plenary speakers and the worship. There have also been good reports from the Intercessory prayer teams organized by Wei Chang, and the Healing Rooms organized by Tiny Marais and Doris Lo.

Mission Central would also like to thank all the partner churches that supported the ministry through this difficult year and all those who attended the conference. Our prayer is that you would be deeply blessed and inspired to follow Jesus more passionately into the world. 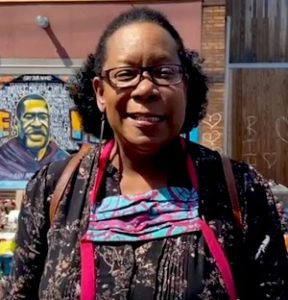 The Mission Central experiment with virtual conferences is not over for 2021.

GROW (February 19 – 20) is a discipleship conference which will focus on prayer and features Lisa Koons as the main speaker.

CREATE (February 26 – 27) is for Christian creatives and those who love the arts and will be anchored by the Moving Picture Festival.