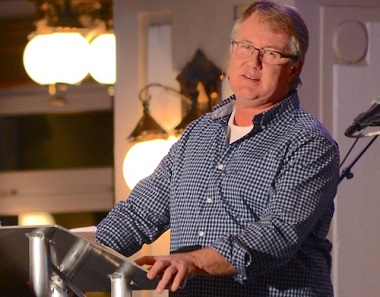 Following is her Underground Network article, which features an interview with a well known local leader.

I interviewed pastor Cam Roxburgh, who shares his impressions of the Underground Network and what their success could mean for the Canadian context.

Cailey Morgan: Cam, as you know, we are highlighting the work of the Spirit through the Underground Network. We understand that you know executive director Brian Sanders, and therefore we thought it might be helpful to get a few words that would help us understand from your Canadian, CBWC [Canadian Baptists of Western Canada] vantage point some of what we need to celebrate and pay attention to.

Cam Roxburgh: It was only recently that I had the privilege of meeting Brian. I met him last fall through a Forge Canada Missional Training Network event, and then again this spring on two occasions. I brought him to Chicago to speak to leaders through work with the North American Baptists that I do, and we met again in New York only a couple of weeks ago at a leaders’ network.

We hit it off, and have agreed to do some work together on a project that I think will be a very helpful tool in encouraging churches to assess where they are at missionally, and suggest some next steps in their journey. 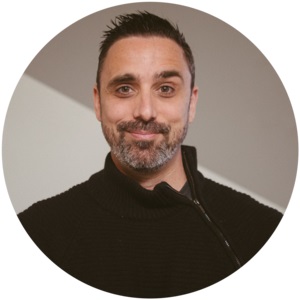 It is really an amazing story. Brian of course is a dynamic leader, but as I have listened to him, read his work, and heard the stories, there is a lot for us to learn and to celebrate. God is clearly at work. My encouragement to all of us, is to get a copy of his book and read it. There is a lot there to chew on.

CM: What should we pay attention to?

CR: There is a long list, too big for this edition, but here are a few of the top ones that come to mind:

Empowering others – the very first thing that you cannot help but notice with the Underground Network is that there is a culture of empowering others. This is not a top-down leadership model at all, but rather they look for opportunities to help others to do what God is inviting them to do. They give ministry away at every turn. I heard story after story of them simply asking people what it is that they felt God calling them to do and then as a team finding ways to help make it happen.

Focus on leadership development – this was a very exciting element to me. I think Brian has been doing a lot of work around intentional leadership on two levels. First, there is an intentional development of practices for leaders that shape leaders around the life of Jesus (my words) instead of a CEO model. Second, there is a mentoring or coaching aspect that I think is helpful. I think as they mature as a movement, it will be even further developed in intentionality.

CM: What concerns or cautions might you have for us as we consider what this type of model could look like in Western Canada?

CR: I feel a little awkward even commenting on this. I just want to say a big yeah! for what God is doing in them. But, there is one thing that I think I can mention gently.

Brian comes from a parachurch organization – a campus ministry and this developed and grew into a “church movement.” I think this gave life to The Underground, but also injected a parachurch DNA. So, I would say that they are a ministry looking for a deeper ecclesiology, rather than a church (with rich ecclesiology) looking for greater ministry.

I am looking forward to them growing in learning to reflect on how everything that they do reflects their understanding of who God is . . . and I think they are a little lax on this at present. We are all theologians – whether we think we are or not. And we all bear witness to who God is by the way we live together. So we must pay great attention to this in our midst.

CM: Are there Canadian examples that are similar to what is happening in the Underground Church Network?

CR: I think the closest Canadian example or illustration of God doing similar things would be the MoveIn movement. This incredible story, led by Nigel Paul, has spread across Canada into many neighbourhoods. It really is a grassroots movement of people, particularly younger people, moving intentionally into neighbourhoods (poorer usually) to be the hands and feet of Jesus in that place. I would encourage us all to Google what they are doing and then to wrestle through how our churches might be encouraged to do similar things.

CM: What encouragement would you, a CBWC pastor, have for us in what God is doing in creating movement in the CBWC?

CR: In light of our conversation, I think the simplest couple of pieces of encouragement would be these:

Cam Roxburgh, DMin. Fuller Seminary, is the national director for Forge Canada as well as the team leader of Southside Community Church in Vancouver. He also serves as the vice president for missional initiatives with the North American Baptists. He continues to have a passion for helping the church to join Jesus on mission in local contexts. He is the husband of Shelley and the father of four adult kids. They live in Surrey.

Cailey Morgan looks after church planting communications and support for the Canadian Baptists of Western Canada. This article is re-posted by permission.