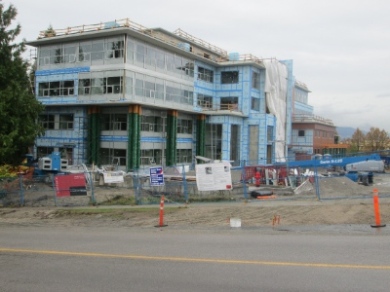 The new John Paul II Pastoral Centre, located on 33rd Avenue and Willow Street, will be ready for move-in December 22.

Two of the Lower Mainland’s best known denominational ministry and service agencies are moving, in the next few weeks, into new facilities.

The Vancouver Catholic Archdiocese and most of its social and faith-based services will move from 150 Robson Street, near BC Place, to new, specially designed facilities at 33rd Avenue and Willow Street, near Queen Elizabeth Park. That is where St. Vincent’s Hospital, operated by the Sisters of Charity of the Immaculate Conception, stood for 65 years.

Some 75 kilometres east, in Abbotsford, the Mennonite Central Committee (MCC) and several related activities will now be located in a new eight-acre mall on Gladys Avenue, on the eastern edge of the Fraser Valley city’s downtown core.

The grand opening for the new MCC facility is set for December 6. It will accommodate the MCC British Columbia headquarters, a Ten Thousand Villages store, the Furniture & More Thrift Shop, the Abby East Thrift Shop, the Common Place Cafe and the Material Resource Centre.

Ron Ratzlaff, communications person for the project, says projections for thrift and other sales from the facilities suggest net income will increase by some $21 million over the next 20 years.

“This will help increase MCC ministry worldwide,” he notes.

Paul Schratz, archdiocese communication director, says: “The idea of moving from our current archdiocesan offices in downtown Vancouver has been around for many years, but it really started falling into place about five years ago.”

He adds that the current building has been around since at least the 1930s, when it housed the Northern Electric Company. 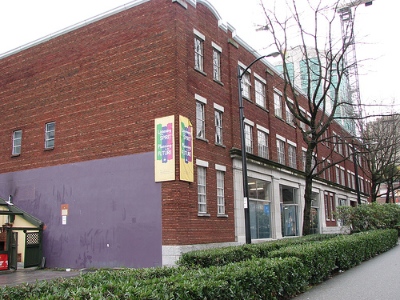 The Roman Catholic Church has been in this building on Robson Street downtown for about 50 years. Photo supplied by Vancouver Catholic Archdiocese.

“We’ve been [at 150 Robson] about 50 years, and while it’s undergone a few renovations, it’s quite outdated and really not conducive to a modern workplace. The building needs a lot of work and upgrades, and while being right downtown has its advantages it can also be difficult to access for meetings and events.”

The Robson property was bought by Amacon, with the purchase price of $25 million covering most of the costs of the new facility. The new top floor will be for retired priests and was financed by St. Joseph’s Society to the extent of $4 million.

Schratz says more than 100 full- and part-time staff – and almost all of the offices that are currently in the downtown building – will move to the new site, including Catholic Charities; Catechetics; Evangelization; Life, Marriage and Family; Matrimonial Tribunal; Service and Justice; and Youth and Young Adult Ministry.

“In addition, the Catholic independent school board and the offices of the Federation of Independent School Associations (FISA) will be coming with us.”

The only exception to the move is the Catholic Charities Men’s Hostel, on the top floor of the Robson site.

“It houses more than 100 homeless men every night. We’ve reached agreement with the city of Vancouver and the developer of this building to keep the men’s hostel in the downtown core. We’re still working on where that location will be, but in the meantime the men’s hostel will continue operating as usual at our current site,” Schratz explains.

The John Paul II Pastoral Centre will front on a newly-named Saint John Paul II Way; the 33rd and Willow facility is a four-storey building with offices, hall, chapel – and the nine housing units for retired clergy.

“We’re also looking forward to new relationships with our new neighbours, including the BC Children’s and Women’s Hospital,” Schratz notes.

Providence Care, which owns much of the former hospital land adjacent to the centre, anticipates developing a full-service Campus of Care over the next few years.

The new centre has “an environmentally friendly design linked to the City of Vancouver’s district energy system and will be certified Gold under the Leadership in Energy and Environmental Design (LEED) rating system since we want to be environmentally responsible and practice good stewardship in the use of our resources,” Schratz points out.

The MCC Centre will be ready to open December 6. Photo supplied by MCC/BC.

While the Mennonite facility in Abbotsford has a bit of a different shape to it than the Catholic centre, it reflects very much the continuing legacy that MCC and its participating denominations have brought to the Fraser Valley through the years, Ratzlaff suggests.

He notes: “By purchasing land and having our own building, current rent payments for the two thrift shops will go toward the new building cost and will reduce costs in the long term. And there is more room for retail space and parking, which will result in increased thrift sales.”

The move began in late October and is being phased in throughout November, so the whole project will be ready for the December 6 opening. 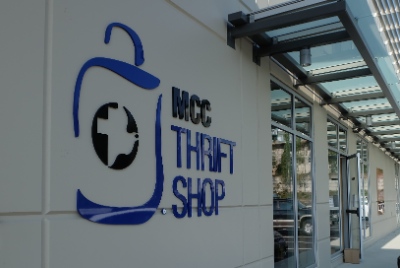 Ratzlaff says the total fundraising campaign for the project was $15 million. “At the beginning of September we had $11 million in cash and pledges from many generous donors. . . . Our challenge and dream is to raise another $1 million by the end of 2014.”

But Ratzlaff points out that “it is not the building that does the work – it is simply the tool.” He says the “people who inhabit the building, who seek a compassionate response to issues of poverty, injustice or disaster – these are the ones making a difference.

“These are the people whose legacy we are building on as we move forward with a new structure that will enable us to expand and increase our capacity to respond to need.” 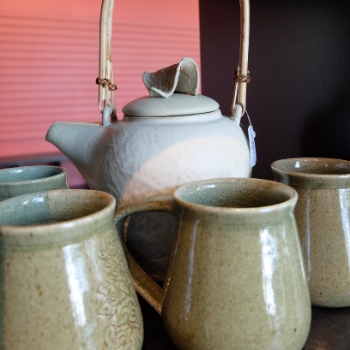 MCC is an inter-Mennonite organization and one of the most extensive Christian faith-based relief and development and peace ministries globally. The Fraser Valley is known for its high concentration of Mennonites, many of whom had migrated from Russia to the Prairies in the 1920s, and then to the Fraser Valley.

“Since its beginning in 1920,” Ratzlaff says, “MCC has worked to follow Jesus’ call to reach out to those who are hungry, thirsty, ill or in prison, and to welcome strangers. It works for peace and justice in over 60 countries.

“And locally, MCC British Columbia works to support refugees, the homeless, individuals who suffer from abusive relationships, and others in need in our community.”

There are several ways to contribute to the rest of the needed funding. Ratzlaff recommends that interested special donors contact Gerd Bartel at legacy@mccbc.com ir 604.850.6639.

← Tools for Neighbourhood and City Transformation
Around Town: The Girl in the Picture, a Stanley Park home, Bruce Cockburn . . . →