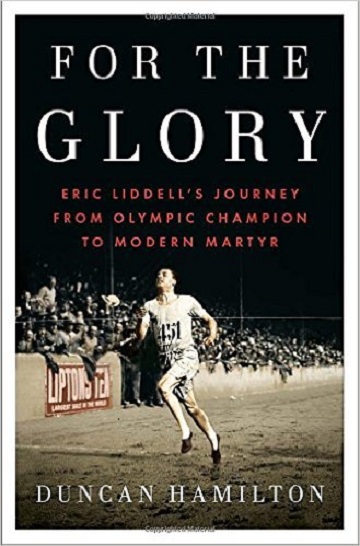 The Beijing Winter Olympics didn’t seem to raise much enthusiasm here in Canada (but congratulations to our women’s hockey team and all participants nonetheless).

I didn’t watch any of it, but I did recall the story of a former Olympic hero who went on to greater glory as a missionary / martyr in an internment camp – one run by the Japanese in China, not the Chinese themselves.

So, I thought I would re-post what I wrote July 21, 2016, just before the Summer Olympics in Brazil.

A cloud of cynicism has settled over the Olympics – and this year the gloom is more palpable than ever (Russia about to be expelled over systematic doping practices, endless stories about Brazilian woes in pulling the Games together . . .).

No doubt the clouds will part – as they do every four years for the Games themselves – but in the meantime, here is a really good news Olympic story, based on the life of a saintly athlete / missionary.

A new book by Duncan Hamilton – For the Glory (subtitled ‘Olympic Legend Eric Liddell’s Journey of Faith and Survival’) – tells the full story of a man whose life is already known, to a degree, through the Oscar-winning film Chariots of Fire.

What most of us already know goes like this, in the publisher’s words:

Famously, Liddell would not run on Sunday because of his strict observance of the Christian sabbath so he did not compete in his signature event, the 100 metres, at the 1924 Paris Olympics. He was the greatest sprinter in the world at the time, and his choice not to run was ridiculed by the British Olympic committee, his fellow athletes and most of the world press. Yet Liddell triumphed days later in a new event, winning the 400 metres.

For the Glory clears up misconceptions from the movie, but the final impression isn’t really that much different. Liddell was a serious student at the University of Edinburgh, he loved to run, he was a very active Christian all the way along . . . and he was determined to get back to China. 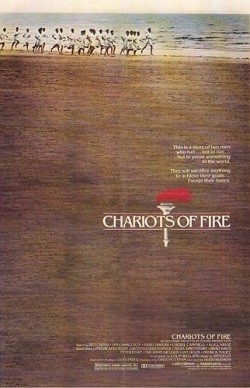 Chariots of Fire focused on Liddell’s Olympic journey. The final words on the screen were ominous, but barely hinted at the significance of his future life:

ERIC LIDDELL, MISSIONARY, DIED IN OCCUPIED CHINA AT THE END OF WORLD WAR II. ALL OF SCOTLAND MOURNED.

Liddell did, if fact, spend most of the rest of his life in China, where he had been born to missionary parents in 1902.

Hamilton says: “From infancy, Liddell had a bond with the Chinese that went far beyond the fact of his birth in the country and the hymns his father sang for it.” He devoted his life to China, right up to the day he died in a Japanese prisoner of war camp in 1945.

Hamilton is well established as a British sports writer, the author of several biographies, including one of storied footballer George Best. Though he gives no particular indication that he is a Christian himself, he is unstinting in his praise for Liddell as a sportsman:

Asked about his triumph in its immediate aftermath, the popular man of Paris was shyly circumspect. Not wanting to boast or gloat, Liddell claimed, as if regarding himself as an accidental champion, that he’d been “very fortunate” to have “touched the top of my form at just the right moment.” However fortunate he felt, the Olympics were more fortunate still to have him on the roll of honor. He was a poster boy, and how sorely the Games needed him. . . .

An easy, but horribly flawed, assumption was made about him because of his character. His expression of religious faith was perceived as a sign of innate weakness. Because of his decision not to compete on a Sunday, Liddell was dismissed as a pacifist in top competition – a man with a soft center. The notion was ludicrous.

Once, pointedly asked how he won races so often against the odds, Liddell answered: “I don’t like to be beaten.” On the track Liddell knew where to find the opposition’s jugular – and he also knew how to rip it out. Paris was a test of temperament for Liddell long before it became a test of speed, requiring qualities no one could coach: fortitude, integrity, forgiveness, stoicism, will. You either possessed these or you didn’t.

His admiration for Liddell as a missionary servant leader in China is even more apparent:

Before internment, [Liddell] worked in perilous outposts in China, dodging bullets and shells and always wary of the knife blade. After it, he dedicated himself to everyone around him as though it were his responsibility alone to imbue the hardships and degradations with a proper purpose and make the long days bearable. . . .

Liddell was officially the math and science teacher. He was unofficially everything else.

Noting the challenges of camp life (“The claustrophobic conditions brought predictable consequences. . . . There were disagreements, also frequently violent, over privacy and personal habits and hygiene as well as perceived idleness, selfishness and pilfering . . .”), Hamilton points out:

Liddell was different. He overlooked the imperfections of character that beset even the best of us, doing so with a gentlemanly charm. . . .

Skeptical questions are always going to be asked when someone is portrayed without apparent faults and also as the possessor of standards that appear so idealized and far-fetched to the rest of us. Liddell can sound too virtuous and too honorable to be true, as if those who knew him were either misremembering or consciously mythologizing.

Not so. The evidence is too overwhelming to be dismissed as easily as that. Amid the myriad moral dilemmas in Weihsien, Liddell’s forbearance was remarkable. No one could ever recall a single act of envy, pettiness, hubris or self-aggrandizement from him. He bad-mouthed nobody. He didn’t bicker. He lived daily by the most unselfish credo, which was to help others practically and emotionally.

Liddell became the camp’s conscience without ever being pious, sanctimonious or judgmental. He forced his religion on no one. He didn’t expect others to share his beliefs, let along live up to them. . . . 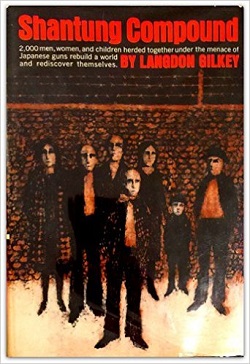 No doubt he appreciated the perspective of Langdon Gilkey, a young American teacher who was imprisoned with Liddell and went on to write an excellent account of the Weihsien experience in Shantung Compound (and teach theology at the University of Chicago Divinity School).

While acknowledging that “on the whole the missionaries were more honest and cooperative than any parallel secular group,” he was less impressed by the Protestants than by the Catholic fathers, who he said “played a most creative role in our camp life.” Of the Protestants, he said:

Although they did try to be friendly, the Protestants nevertheless typically huddled together in a compact ‘Christian remnant.’ Not unlike the Pharisees in the New Testament, they kept to their own flock of saved souls, evidently because they feared to be contaminated in some way by this sinful world which they inwardly abhorred.

Not so Eric Liddell. Gilkey said this of him (though he used the name ‘Eric Ridley’; he changed all names “to save embarrassment all around.”)

The man who more than anyone brought about the solution of the teen-age problem [some quite unfettered sexual activity among young teens] was Eric Ridley. It is rare indeed when a person has the good fortune to meet a saint, but he came as close to it as anyone I have ever known. Often in an evening of that last year I (headed for some pleasant rendezvous with my girl friend) would pass the game room and peer in to see what the missionaries had cooking for the teen-agers.

As often as not, Eric Ridley would be bent over a chessboard or a model boat, or directing some sort of square dance absorbed, warm and interested, pouring all of himself into this effort to capture the minds and imaginations of those penned-up youths. . . .

If there were any evidences of the grace of God observable on the surface of our camp existence, they were to be found there. 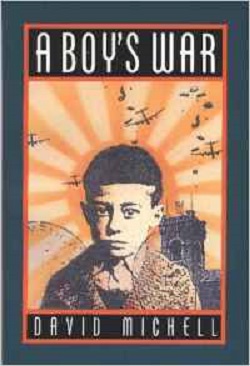 David Michell (whose parents were with China Inland Mission) experienced Weihsien as a boy, and came away with the same view of Liddell. He wrote in A Boy’s War:

Eric Liddell was a name that everybody in camp soon got to know. Simply because of his Olympic achievements he was everybody’s hero. Yet he didn’t in any sense rest on his laurels but carried heavy responsibilities and was an outstanding example by his kindness and self-sacrifice.

He taught science to the older students, even drawing all the apparatus for chemistry experiments so that the Oxford exams could be taken.

He put up a shelf – a valuable piece of furniture even if it was only a piece of wood – for a White Russian prostitute in the camp. She said of Eric that he was the only man who ever did anything for her without asking for favors in return.

Often we would see him carrying a heavy load for one of the older people or walking the camp paths with a young person for whom Weihsien imprisonment had brought life to a dead stop. He helped to answer questions, and turn the questioning to faith in God and hope that freedom would indeed come someday and with it the chance for education, a profession, marriage and a normal life. . . .

Strong as he was in his conviction about Sunday not being a day for sports, he even agreed to referee the games of some of the children whose parents let them play on Sundays, when he found them fighting over the game.

Thus it was a shock when Liddell, just 43 years old, died on February 21, 1945, seven months before the prisoners were released from the camp. He had been weakened by what turned out to be a tumor in his brain, but most thought he was too tough to succumb to illness. His own stiff upper lip muscular Christian outlook – possibly, ironically, one of his few weaknesses – caused him to downplay serious signs of illness.

“The entire camp, especially its youth, was stunned for days,” said Gilkey, “so great was the vacuum that Eric’s death had left.” Hamilton said Liddell’s roommates were fulsome in their praise, referring to the best tribute paid by one of them: “For over a year six of us have lived together like brothers and we all looked on Eric as our older brother.” 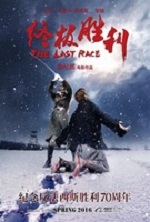 A Chinese-made ‘sequel’ to Chariots of Fire was just released – but it sounds well worth avoiding, if it ever does land on our shores. A June 14 review in South China Morning Post said:

Liddell’s fervent Christian beliefs are downplayed to such a degree it appears his devotion and self-sacrifice is for China rather than the Almighty. . . . Not even Joseph Fiennes, as Liddell, can rise above a procession of incompetent performances and a head-thumpingly bad script. . . . Poorly conceived and wretchedly executed from start to finish, The Last Race is a strong contender for worst film of the year.

A better bet might be to watch Chariots of Fire and then The Story of Eric Liddell a 78-minute YouTube video.