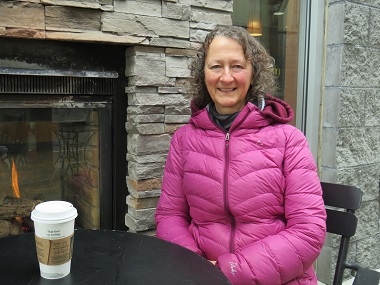 Janet Epp Buckingham having a quiet coffee at Starbucks in Cloverdale, the day before her trip to Geneva.

Janet Epp Buckingham is Canadian, but the wider world is often on her mind. Last July she became Director of Global Advocacy for the World Evangelical Alliance (WEA).

“In my role with the World Evangelical Alliance, we are taking the challenges of secularism seriously and helping Christians navigate new challenges,” she told me February 18.

“I am on my way to Geneva tomorrow, where the United Nations focuses on human rights. We are a voice for Christians at the highest levels.”

Dr. Buckingham (she has a doctorate in Public Law from the University of Stellenbosch in South Africa, so her international interests have deep roots) has two main international focuses – with the UN and with religious liberty. 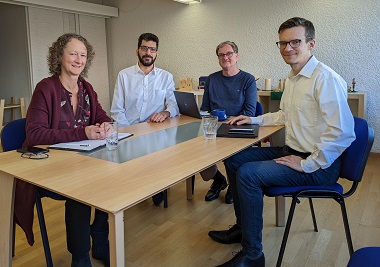 As Director of Global Advocacy she unites and coordinates the WEA’s engagement at the United Nations in Geneva, New York and Bonn; the WEA has Permanent Representatives to the UN in each city.

The WEA, which represents a global constituency of over 600 million people, says of its UN team:

With several of its commissions, initiatives and task forces engaged at the UN, the WEA has formed a ‘WEA UN Team,’ a group of experts who oversee the WEA’s contribution within the United Nations.

It offers concrete proposals and advice, while also serving as liaison between the UN and the WEA’s networks, partners and regional and national Evangelical Alliances around the world.

The WEA UN team helps prioritize the work of the WEA in order to provide a prophetic evangelical witness and service within the UN and effective advocacy on behalf of the world’s most vulnerable and marginalized communities.

The WEA holds Special Consultative Status in the Economic and Social Council of the UN (ECOSOC). As such, it can make written and oral presentations and “participate in debates, interactive dialogues, panel discussions and informal meetings” with the UN Human Rights Council.

Buckingham is meeting this week with members of the WEA UN Geneva team to strategize for the 49th regular session of the UN Human Rights Council, which will run from February 28 to April 1. 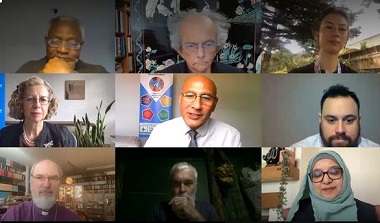 WEA@UN has posted several tweets and retweets about UN events over the past few days:

Go here to keep up with WEA@UN tweets.

The International Institute for Religious Freedom (IIRF) was founded in 2007 with the mission to promote religious freedom for all faiths from an academic perspective. The IIRF aspires to be an authoritative voice on religious freedom. We provide reliable and unbiased data on religious freedom – beyond anecdotal evidence – to strengthen academic research on the topic and to inform public policy at all levels. 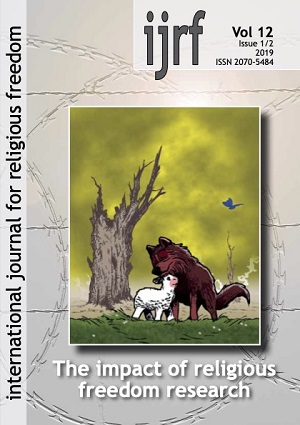 The journal will be published twice a year; it had not kept up with that schedule over the past several years, but Buckingham plans to have it caught up this year. The IJRF:

. . . aims to provide a platform for scholarly discourse on religious freedom in general and the persecution of Christians in particular.

It is an interdisciplinary, international, peer reviewed journal, serving the dissemination of new research on religious freedom and contains research articles, documentation, book reviews, academic news and other relevant items.

Buckingham is Co-Director of the International Institute for Religious Freedom (Vancouver), sharing that responsibility with Paul Rowe, who also teaches at Trinity Western University (TWU).

The new office will be led by Prof. Dr. Janet Epp Buckingham and focus on the religious freedom situation in North America.

Prof. Dr. Christof Sauer, one of the founding directors of the IIRF, commented:

We are excited that the partnership with [TWU’s] Religion in Canada Institute (RCI), adds a new office to IIRF for a major global region. At the time of the founding of IIRF in 2006, we started with a footprint in Europe, Africa and Asia and in 2017 a Latin America Office was added. It was high time to now add a permanent North American representation. 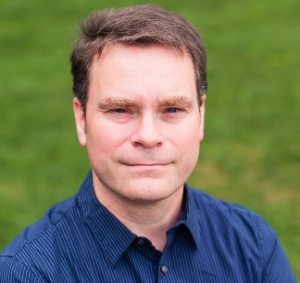 Paul Rowe is an expert on politics and religion in the Middle East.

Buckingham wrote to me last year:

Paul Rowe and I have been working on getting a branch of the IIRF at TWU for years. It is wonderful to finally see it happen. The IIRF operates virtually. It now has branches on every continent.

I wrote an article about the opening of IIRF (Vancouver) last spring.

Buckingham said during our recent chat that she and Rowe had planned to host a religious freedom conference locally next month, but decided to postpose it because of the pandemic. They intend to carry out their plans next spring.

Buckingham has always fostered connections between the Canadian and international scenes.

After serving as Executive Director of Christian Legal Fellowship (1991-94), she was Director of Law and Public Policy with the Evangelical Fellowship of Canada (1999-2006). In that role she was a Global Ambassador for the WEA, focusing on advocacy for religious freedom at the United Nations in Geneva.

Since 2006, she has directed TWU’s Laurentian Leadership Centre, “an Ottawa-based, live-in, extension program focusing on leadership in public policy, business and communications.”

Buckingham is on sabbatical during the 2021-2022 academic year, though she is actually teaching one course at the TWU campus in Langley during her four-month stay out here. (We met for coffee at a Cloverdale Starbucks on her way between spending time with her twin grandchildren and preparing to leave for Geneva.) 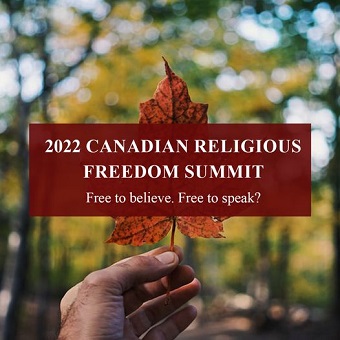 She wrote to me after our chat:

Every time we see statistics on Canada’s population that identifies as religious, there are more ‘nones.’ Canada is becoming increasingly secular. What does this mean for Christians?

During COVID, we have seen churches closed or with strict attendance limits. The federal government has placed requirements on organizations receiving Canada Summer Jobs grants that have made it more difficult for Christian organizations to get funding for summer students, affecting camps and church programs.

Recently, legislation passed prohibiting conversion therapy but the definition is so broad that it puts a chill on even having conversations about sexuality. And now, crisis pregnancy centres are faced with loss of charitable status.

Buckingham sees the Canadian situation from an international perspective.

Canada is not alone facing the challenges of secularism. European countries have similar issues. France has similar legislation to Quebec’s Bill 21, prohibiting religious symbols for anyone working for the government. A Finnish court is considering whether tweeting a Bible verse constitutes hate speech.

She referred to an event which she will address this Saturday, saying, “I look forward to the Canadian Religious Freedom Summit on February 26 where we can talk about some of the current challenges and how to respond with truth and grace.” 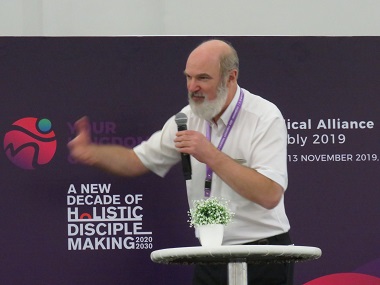 Thomas Schirrmacher teaching at the WEA General Assembly at Jakarta, Indonesia in November 2019.

Buckingham expressed admiration for Thomas Schirrmacher, who took over as Secretary General and CEO of the WEA last March, pointing to his erudition, his energy and his ability to engage widely with fellow evangelicals, but also with leaders of other Christian movements and other faiths.

He demonstrated some of those qualities in a letter to The New York Times February 19, responding to a contretemps resulting from a piece by their columnist David Brooks.

Though Brooks is a recent convert to Christianity himself, his comment – ‘The Dissenters Trying to Save Evangelicalism from Itself’ – stirred up a storm of protest in some conservative evangelical circles.

David Brooks sensitively examines the struggles many U.S. evangelicals are facing today. I regret only that he limited his focus to the United States. The hopeful vision he depicts for evangelicals already exists, all over the world.

At the United Nations or the European Union, evangelicals are recognized as valuable partners on issues of human rights, religious freedom (for everyone, not just for Christians) and sustainable development.

The World Evangelical Alliance works hand in hand with the Vatican, Muslims, people of no faith and many others on matters of global justice and human rights.

Our U.S. affiliate, the National Association of Evangelicals, which Mr. Brooks mentions, has produced an excellent statement on Christian political engagement, including a call to pursue racial justice.

The current battles among U.S. evangelicals will pass. On the other hand, evangelicals in 143 national alliances worldwide have shown, ever since the World Evangelical Alliance’s founding in 1846, their ability to bring Christ’s love to a hurting world and to cooperate with all people of good will.