China and its people – past and present, inland and diaspora, Christian and otherwise – will be the focus of much activity at Fraserview Church in Richmond this weekend (April 17 and 18).

The occasion will involve two major events – an anniversary celebration and a missions conference – whose keynoter will be Patrick Fung, the Hong Kong-rooted medical doctor who, a decade ago, became general director of OMF International.

Gary Roosma, OMF’s BC regional director – and formerly involved with theological education in Asia – suggested that the linking of the two events was more than coincidental.

Today, he said, OMF has 1,400 workers in several Southeast Asian countries “with 120 of them coming from Canada.” They draw strong support in North America from Chinese churches; thus the natural link, in Vancouver, with a Chinese missions conference. 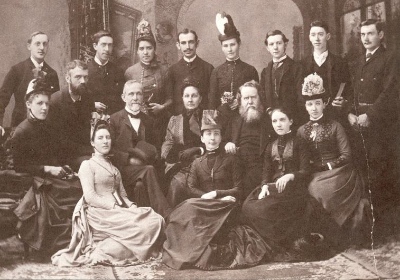 The first team of North American missionaries left for China in 1888. Hudson Taylor is seated, just right of centre.

OMF, an acronym for Overseas Missionary Fellowship, was founded 150 years ago as China Inland Mission by James Hudson Taylor. (For a very useful illustrated timeline of CIM/OMF’s history see below.)

On the evening of April 18, OMF’s 150th Birthday Celebration will begin with a dessert banquet. Besides Patrick Fung’s talk, the evening will feature short stories of God’s work through OMF, a time for corporate worship, feasting and Filipino dancing.

“The founding [of CIM] was in 1865,” Roosma said, “when Hudson Taylor walked the Brighton Beach in England and prayed for 24 workers to go to the inland of China. The first group went out in 1866.”

The main early influencers in the mission “were drawn from many Protestant Christian streams, [including] Presbyterian, Anglican and Plymouth Brethren. Taylor, himself came from Brethren roots. He was a close friend of George Mueller, [a Brethren leader] renowned for his orphanage work,” Roosma said, adding that Taylor drew many of the faith mission principles for which CIM is noted from Mueller’s influence.

Taylor loved to say that “God’s work done in God’s way will never lack God’s supply.” He also encouraged those early workers to wear Chinese style clothing, speak the language of those they were trying to reach, eat local food and otherwise adopt a lifestyle which would enable them not to stand out in the crowd.

In the early 1950s, CIM reluctantly left China as it became a Communist nation unwelcoming of Christian activity. It changed its name to Overseas Missionary Fellowship as its work spread throughout Asia. 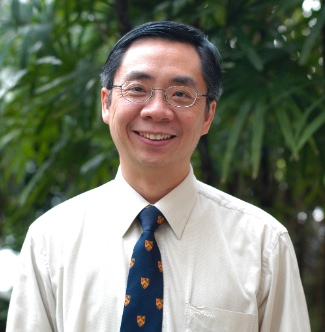 Patrick Fung leads OMF and will be the key speaker for the 150th anniversary and the missions conference.

While many in the leadership of the OMF, through the years, were Chinese, rather than Caucasian, Patrick Fung is the first Chinese-rooted general director. He traces his own coming to faith from his time in Sydney, Australia, during his medical studies. Later, he combined medical practice with continuing theological studies, in Asia and, later, at Fuller Seminary in the United States.

Fung’s mini-biography on the OMF website notes that: “Patrick was a plenary speaker at Urbana 09, and also spoke at the Cape Town 2010 Third Lausanne Congress on World Evangelization . . . He is the author of two books: Live to be Forgotten and Medical Missionaries of the China Inland Mission.”

Asked if OMF is much different today than it was in its early years, Roosma says that “we still practice the principles and practices of the original China Inland Mission. The differences would be more in the contexts where we are more involved in [what might be described as] professional services.”

While evangelism, church-planting and the building of “biblical indigenous church movements” is still at the heart of OMF, Roosma suggested activities. “like ‘tent-making’ and ‘business as mission,’ as well as medical and basic education and training [are significant], especially in ‘creative access nations.’”

Business as mission activity, he said, involves microcredit and microfinance programs that help alleviate poverty in certain settings. And creative access nations are those where traditional witness or faith-sharing activities are not advised.

The missions conference is the first ever, although Chinese churches in Vancouver and other western Canadian cities frequently plan cross-denominational events, including the Hymn Festivals begun by the late BC lieutenant-governor, David Lam and the Canada Chinese Christian Winter Conference.

And, while Chinese participation in Missions Fest is strong, a conference of specifically ethnic Chinese initiative is a natural, says Roosma, who is on the conference organizing committee. He indicates that it brings together not only the OMF-reached diaspora, but a variety of other mission efforts spawned by Chinese churches and mission groups. 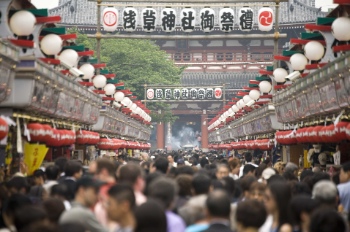 To the diaspora, Roosma explains, the ‘overseas’ reference in the Overseas Missionary Fellowship is ‘across the seas from China,’ where the diaspora moved, to various Asian countries and to North America, after the Maoist takeover of China in 1949. He adds that ‘overseas’ from North America, in OMF nomenclature, is secondary to overseas from China.

Fung and Roosma suggest several reasons that CIM/OMF is still so popular with the Chinese church overseas:
1) Hudson Taylor’s – and all CIM workers’ – obvious love for China and the Chinese people.
2) CIM’s commitment to adapting the gospel to Chinese culture and planting a clearly indigenous church in China.
3) The missionaries’ willingness to suffer for the gospel and with the Chinese Christians at specific times, such as the Boxer Rebellion.
4) CIM’s large impact within China and beyond; so many Chinese Christians can trace their roots back to CIM/OMF work.
5) The non-solicitation policy in CIM/OMF remains a strong value which the Chinese church respects
6) The Taylor family’s commitment to the Chinese and the Chinese church through nine generations including Jamie Taylor (James Hudson Taylor IV), who still works closely with OMF.
7) Faith and risk-taking are key to the ethos of the CIM/OMF.

The events on April 17 – 18 are part of a series of OMF 150th anniversary celebrations. On October 24, Jamie Taylor (James Hudson Taylor IV) will be in Vancouver for the annual Heart for Asia conference.

The following timeline is from the OMF International site.

The early attempts to evangelize China

Early attempts to evangelize China, such as those by Nestorian Christians in A.D. 635, were often met with persecution. By 1839 the Opium Wars had broken out and Protestant missionaries entering China in the 19th century found evangelization work to be restricted and slow-going. Around this time the Chinese Evangelisation Society (CES) sent Hudson Taylor to China.

Taylor serves six years in China with the Chinese Evangelization Society, during which time he married Maria Dyer, another missionary in China.

Taylor leaves China and God  burdens his heart for the millions yet to be evangelized inland.
Taylor resigns from the Chinese Evangelization Society.

The founding of the China Inland Mission (CIM)

With a heavy heart, Taylor walked on Brighton Beach where:

“Unable to bear the sight of a congregation of a thousand or more Christian people rejoicing in their own security, while millions were perishing for lack of knowledge, I wandered out on the sands alone … there the Lord conquered my unbelief, and I surrendered myself to God for this service.” – James Hudson Taylor

On that day, Taylor, in faith, prayed for 24 willing and skillful workers for each of China’s 11 provinces and Mongolia.

Taylor left England for China with his family and 16 workers aboard the Lammermuir. The CIM missionaries visited China’s provinces dressed in Chinese clothing, preaching the gospel and attempting to start churches. By the end of 1866, 24 workers were active in four stations across inland China.

With the total number of missionaries at barely 100, a call to pray for 70 new workers went out. In response, God provided 73 new workers within three years. The Cambridge Seven followed close behind. God’s provision continued when the call for 100 went out in 1886 and 102 workers sailed for China within the year.

In a reign of terror, the Boxers set out to exterminate all foreigners in China. Hundreds of missionaries and Chinese Christians were put to death. The CIM alone lost 58 missionaries and 21 children as martyrs. During this period the CIM increased to 933 people.

After 50 years of active service for China, Hudson Taylor died on June 3 in Changsha and was buried in Zhenjiang next to his first wife, Maria.

Years of growth for the CIM

Early ministries of the CIM involved starting churches, supporting literature work, evangelism and running hospitals and schools. By 1915, 1,063 workers were located at 227 work stations throughout China. The mission’s peak was in 1934 with 1,368 missionaries serving 364 stations.

Darkness reigns, but the CIM calls for 200

A tumultuous political situation resulted in Christians across China being persecuted, tortured and put to death. Half of the overall missionary community left permanently. In the midst of darkness, the CIM issued a new call for 200 new missionaries over two years. By 1931 there were 203 new missionaries on the field.

Continued growth and many baptized

The CIM had more than 1,300 missionaries and almost 200,000 Chinese and minority people had been baptized by 1939. During World War II and the years that followed, missionaries shared the gospel among university students and professionals, even government leaders.

The “Reluctant Exodus” from China

Communism took over China in 1949. Many missions left, but despite the difficulty for all foreign workers, the CIM first issued a call for missionaries to stay and then brought 49 new workers in 1948 and 1949. In 1950 the CIM General Director deemed that further work in China was impossible and ordered all missionaries to leave.

The future of the CIM decided

The CIM decided that, rather than dissolve, the mission would continue and expand to new fields: Thailand, Malaysia, Japan, Philippines, Indonesia and Taiwan. A new headquarters was established in Singapore.

A new identity for the mission

The China Inland Mission changed its name to Overseas Missionary Fellowship (OMF) in 1964 (and then to OMF International in 1993). The mission began welcoming Asians into membership and set up home offices in eight regions of East Asia.

Growth and expansion throughout East Asia

Dr. Patrick Fung became General Director, the first Asian to hold this position in OMF International. The OMF International leadership sought God and determined to pray for 900 new workers by 2011. By October 2010, 499 new members had joined.

Today we are a team of over 2000 workers, from 40 nations, serving  approximately 100 people groups in East Asia – and among the Asian Diaspora world-wide

In 2015 OMF International celebrates 150 years of God’s faithfulness to the mission.

← Why Fukushima to Vancouver 2015? A message to the local churches
Around Town: John Piper, Centennial of Armenian Genocide, Social Gospel . . . →