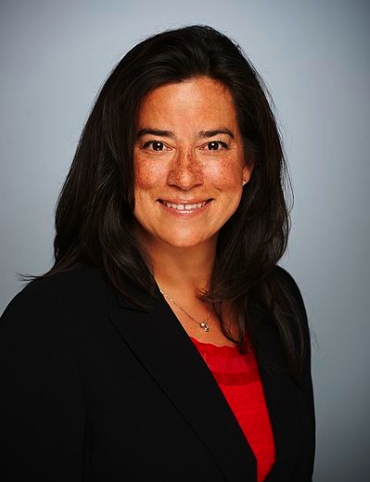 The Honourable Jody Wilson-Raybould is Minister of Justice and Attorney General of Canada in Prime Minister Justin Trudeau’s Liberal Cabinet.

Julia Beazley, director of public policy for the Evangelical Fellowship of Canada, sent her an open letter April 5 because the federal government is working on legislation to allow euthanasia and assisted suicide in Canada.

Wilson-Raybould is also Member of Parliament for the riding of Vancouver Granville, so it would be good if some of her constituents were to make the same point.

One of the most fundamental principles of our legal system is respect for human life. This respect undergirds our laws and social policy, such as the equal dignity of each individual regardless of their abilities, and shapes our common life together.

The Evangelical Fellowship of Canada (EFC) is fundamentally opposed to euthanasia and assisted suicide based on our belief in the sanctity of human life. We recognize that the government intends to proceed with enabling legislation, and we are gravely concerned that allowing these practices will put the lives of vulnerable Canadians at greater risk and undermine the respect for life in Canadian society. The EFC is also very concerned that the freedom of conscience of medical practitioners and institutions be upheld.

In Carter, the Supreme Court allowed narrow exemptions to the Criminal Code blanket ban on assisted suicide. The Court expected that a system imposing stringent limits strictly monitored and enforced would minimize the harms inherent in the practice.

The Supreme Court found the purpose of the old law, that of protecting vulnerable persons from committing suicide in moments of weakness, to be overbroad. It is our view that Parliament can validly re-enact a blanket prohibition on assisted suicide with the express purpose of prohibiting all consensual deaths.

In spite of the strong testimony of many witnesses urging caution, the Special Joint Committee on Physician-Assisted Dying has recommended far more expansive access to euthanasia and assisted suicide than the Supreme Court provided in the Carter decision.

As we stated in our brief to the joint committee, “In Carter, the Supreme Court sought to achieve a delicate balance between the government’s interest in promoting and protecting life, and individual autonomy. To treat the decision as a floor, as some have suggested, and allow more expansive access to assisted dying is to misunderstand the balance the Supreme Court was seeking to achieve.”

If Parliament proceeds with allowing the hastening of death, the decision should be interpreted within the very narrow fact situation in Carter. The focus of the Court was allowing assistance in suicide for those with terminal and degenerative conditions who would be physically incapable of taking their own life without assistance. Mental illness and psychological suffering must be expressly excluded. Adherence to Carter requires restricting access to competent adults.

Further, the Court envisioned stringent safeguards to limit the risks inherent in physician-assisted dying. Parliament must study carefully whether it is possible to establish effective safeguards and must also determine the level of acceptable risk of a wrongful death. We believe assisted suicide should not be allowed, but if it is established, it is essential to put in place stringent safeguards, scrupulously monitored and enforced.

Essential safeguards include, but are not limited to:

As well, it is imperative to protect the freedom of conscience of medical practitioners and institutions so that no one will be compelled to participate directly or indirectly in a procedure that violates their beliefs or conscience. In Carter, the Court said, “Nothing in this declaration would compel physicians to provide assistance in dying.”  We urge Parliament to specifically protect the conscience of medical practitioners and institutions to ensure the Court understands its intentions.

As you formulate the government’s response to the Supreme Court’s decision in Carter, we urge you to consider reasserting the purposes of the government in maintaining a blanket prohibition against assisted suicide.

If you proceed with enabling legislation, we urge you and your colleagues to enact the strictest possible safeguards to minimize the harm to vulnerable Canadians and to make occurrences of hastened death rare, to take action to make palliative care more accessible for all Canadians, and to protect the freedom of conscience of health-care practitioners and institutions in any regime allowing physician-hastened death. 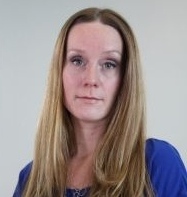 This letter is re-posted by permission.

The EFC also wrote a recent article encouraging members to contact their MPs: Does your MP know what you think about euthanasia and assisted suicide? The article responds to common reasons for procrastinating or avoiding taking action, and offers some useful guidance on how to contact MPs.