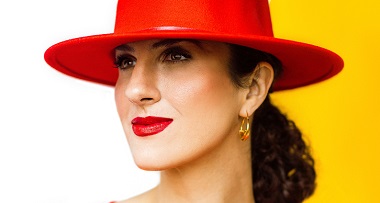 Laila Biali hopes Out of Dust “will serve as a reminder that even when life brings you to your knees, there is light to be found within the darkness.”

She’s recorded with Sting and opened for Chris Botti; she’s performed at such prestigious venues as Carnegie Hall and Beijing’s Center for the Performing Arts. She has held the position of music director at Redeemer Presbyterian Church in New York City. She’s warm, humble and grounded.

Laila Biali just released her newest album, Out of Dust, March 27, and while there were plans for a release concert in Vancouver May 2, it has been postponed.

“Out of Dust is by far the most personal album I have ever made,” says Biali.

After a difficult period in which I experienced immense grief and self-doubt, I felt compelled to share my journey to help inspire others to seek joy amidst pain. My hope is that this album will serve as a reminder that even when life brings you to your knees, there is light to be found within the darkness.

Biali has been through the fire. In recent years, she’s lost a family member to suicide and a very dear friend to cancer. In the midst of this, she was diagnosed with two autoimmune diseases that threaten her musical career.

Out of Dust came as Biali sat at her piano, pouring her heart’s sorrow and longing into music. Writing the songs gave voice to her questions and generated hope in despair. Biali offers honest, uplifting lyrics that define our human resilience on this earthly journey.

Living in New York at the time of the suicide, it wasn’t until they moved back to Toronto that Biali and her husband could actually take time to process all the complexity that came along with such a devastating loss. Biali never intended to write a song about it. Her husband, Ben Wittman (producer, composer, drummer) had written a poem at the time but held it close.

As they were collaborating on the songs for Out of Dust, he shared it with her and the poem became foundational for the lyrics of “Glass House”. It begins, “Last night angels wept,” and talks about leaving so many things unsaid; still, the song concludes on a redemptive note.

After moving back to Toronto from New York, Biali began having health issues. The cause of her illness eluded her team of practitioners. They tried everything, but nothing seemed to be helping long-term. Over the past four years, Biali has negotiated periods of slight improvement, so kept pressing on with live engagements and recording.

“I kept forging ahead – it’s part of my DNA, perhaps to a fault,” she admits.

But behind the scenes, she was noticing a reduced breathing capacity and tiredness, at times experiencing intense dizzy spells during live performances, or gasping for air mid-sentence while hosting Saturday Night Jazz.

Eventually, they followed up on a suggestion to test the house they were renting – only to discover mould in the basement walls where she and Ben were working long days in the recording studio. They created a makeshift studio upstairs to finish background vocal for Out of Dust. The spore levels have since been taken down – as a temporary measure only – so they’re praying for a new place to live (no small request in Toronto, in these turbulent times).

Sometimes she faces questions of whether she’ll be able to continue the musical career for which she’s prepared her entire life – and yet, Biali is sure of her calling.

In 2005, Biali met Wendy Nelles – a “wonderful salt-of-the-earth person who became a friend, a mentor and a supporter.” Biali lost her friend to renal cell carcinoma in 2018. The diagnosis came as a huge shock. Wendy was, for Biali, one of those indomitable people who would always be there.

“Wendy’s Song” is a loving tribute to her legacy of faith and love. Biali included Gregory Porter’s “Take Me to the Alley” (Wendy’s favourite song) portraying Jesus’ compassion for the poor, the sick, the marginalized. Out of Dust is dedicated to the memory of Wendy Nelles.

As time passed, Biali noticed something that fascinated her. God was using Wendy’s life for good even after her death:

It was quite something to see that even her legacy – the memory of who she was and how her friends carried that memory forward – continued to bear fruit. That’s where this idea, this seed – Out of Dust – started to really crystalize. As tough as these various losses and circumstances have been, I just know something good is going to come out of this.

Biali refers to ‘beauty for ashes’ (Isaiah 61:3) and the online image that went viral in the aftermath of the Australian fires – pink and green shoots emerging from a burned-out stump. Photographer Murray Lowe, walking on puffs of ash in the eerie silence and stillness, felt hope upon seeing these bright, tender shoots in stark contrast to the charred remains. 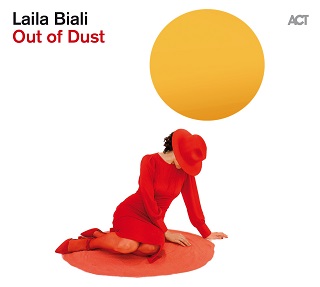 To refresh and renew, Biali finds refuge in creation and its profound beauty, thankful for the Canadian landscape.

She also is inspired at a very fundamental level by glimpses of graciousness people show for one another. Even tiny random acts of kindness – perhaps as simple as someone standing for a pregnant or elderly woman – “something that small touches me,” she says.

Some might identify this as a reason for renewed faith in humanity, but Biali says, “All goodness comes from God…that person, whether they knew it or not, was, in that moment, the hands and feet of Christ.”

While some of the material on Out of Dust comes from a hard journey, “Sugar” celebrates a little bit of indulgence while “Take the Day Off,” which Biali co-wrote with Joshua, her nine year old son, gives permission to take time for healing. “Revival” is a call to speak to social and political issues – to live what we believe.

It’s easy to understand Biali’s award-winning status. Her lyrics are thought-provoking. Her melodies are anything but predictable; her limber, rich vocals are complemented by innovative instrumentation and fresh background vocals.

She admits it might sound like a trite Christian response, but in the midst of uncertainty, Biali is convinced that God redeems all things, and will work all things to our good. She concludes:

Her mind travels back to Wendy who, to her very last breath, in her own unique way facilitated an environment that was transforming lives.

In these troubled times, Biali talks about people who hold an outward posture towards their neighbours, to be voices of reason and encouragement, to look out for those around them. Those who give of themselves, whether or not they believe it, point to the ultimate sacrifice of Christ, which we recently commemorated.

Regardless of how fire blackens the landscape, we are reminded of Isaiah’s hopeful metaphor. “There shall come forth a shoot from the stump of Jesse, and a branch shall grow out of his roots.” (Isaiah 11:1)