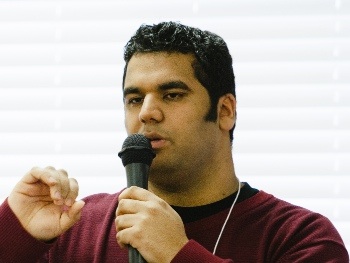 Kapil Sharma, the newly installed pastor of Friendship Baptist Church in Coquitlam, will address ‘Making Disciples in Our Diverse Neighbourhoods.’

A March 18 luncheon in Richmond should be helpful to pastors and other Christian leaders who want to relate more effectively to South Asia communities.

Making Disciples in Our Diverse Neighbourhoods will feature Kapil Sharma, the first Indo-Canadian pastor of Friendship Baptist Church in Coquitlam.

Sharma, who speaks Hindi and Punjabi, came to Christian faith through several encouraging encounters with Christians during his high school years in Metro Vancouver and during acting studies in New York City. It culminated “in a phone call to my parents when I told them ‘I am Christian now,’” he recounts in a YouTube video.

Prior to that time, he had lots of questions, rooted in the differences between Hinduism, the polytheistic faith in which he was raised, and monotheistic Sikhism. “I bombarded my parents with many questions about how many gods are there.” 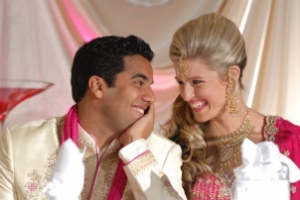 Kapil Sharma with his wife Cora.

He later earned master of divinity at ACTS Seminaries in Langley and married Cora, a teacher. More information about his pilgrimage is available here.

Sharma sees a number of points to touch on during the luncheon.

“We all know there are generational difficulties [in South Asian culture]. Relationships with seniors make a difference.”

Asked about whether there is some common ground between Christians and Sikhs, Sharma cited some of “the teachings of Guru Nanak on inner health being more important than externals, on peace and on one God, [who] is relational and full of love.” Nanak also taught that all people are equal in God’s sight.

“There are clear differences [between Sikhism and Christianity] but a lot of people would be surprised [at certain similarities]. The standard of truth is Jesus. We are not compromising the exclusivity [of the gospel], but encouraging people that there is a lot to connect with.” 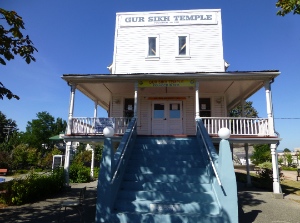 The oldest surviving Sikh temple in North America was built in Abbotsford in 1911.

Don Klaassen, who organized the event, says Outreach Canada sees a need to help pastors and their congregations to build relationships with Indo-Canadian families. And some of that relationship-building involves an understanding of South Asian culture and religion, as well as the history of immigration to Canada.

He says participants are “invited to bring their questions, doubts and stories of hope. . . . I want to waken leaders to the opportunities and challenges.”

Outreach Canada is developing resources, he notes, adding that “we want to ask people what kind of resources they can use. We really want people to overcome their fears of [building relationships with and, in due course, worshiping with] people other backgrounds. Pastors and leaders can see that ‘my church can be enriched’ when we have various cultures together worshiping Christ.”

Klaassen refers to a couple of topics which might be discussed: “[South Asian culture leads to] Christ-followers, for example, asking for arranged marriages. Or young couples living in their parents homes and raising their children there.”

Sharma points out that “some Sikhs send their kids to Christian high schools. They don’t want them to be too secularized.” Outreach Canada leaders also point out that some Christian parents enrol their children in Sikh schools for the same reason.

Klaassen points to some of the issues and questions that will be posed at the luncheon – and that grow out of the history of Indo-Canadian relations through the years. 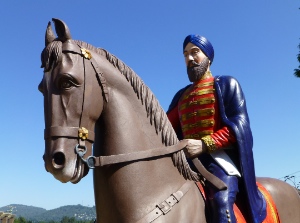 This statue commemorates Sikh settlers who arrived in 1897.

To reserve a spot at the lunch email Don Klaassen: dklaassen@outreach.ca