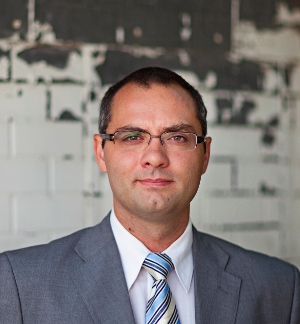 Benjamin Perrin began his work against human trafficking while he was a law student. Photo from Macdonald-Laurier Institute.

Benjamin Perrin has written the book on human trafficking in Canada (Invisible Chains: Canada’s Underground World of Human Trafficking) and still focuses some of his time on the issue as an associate professor of law at UBC. So it is not surprising the he addressed the topic ‘Human Slavery in Canada’ when he spoke to the UBC Graduate and Faculty Christian Forum last week.

But he also demonstrated how students can get involved in issues – and even have an effect on law or culture. In the following excerpt from his talk he focused on how he got involved in opposing human trafficking and then helped to create legal safeguards for foreign trafficking victims, even before he was out of law school.

I didn’t think it could happen in Canada. When I was overseas in Cambodia, working on this issue in 2001, the only Canadian connection that we were aware of was that there were Canadian men, pedophiles, going to Cambodia and abusing kids there. It was atrocious to see western tourists doing that, but we never realized that it was happening in our own country.

It wasn’t until I was a law student – one of the reasons I went to law school was because of this issue – because I couldn’t understand how something like this could happen in this day and age.

Then I got a call from The Calgary Herald – I grew up in Calgary – and I thought they were going to ask me about whatever cases we were working on over in Cambodia or overseas or something else, but they said no, it’s a local case. It’s actually here in Calgary, and this is a case that the Calgary police identified.

They gave it the code name ‘Operation Relaxation’ and it was a series of massage parlours throughout the city that they had gotten an anonymous tip about that were bringing women from Southeast Asia to Canada. They were being sold, literally sold, like slaves, to people who wanted to start their own massage parlours.

Each woman would have to work off inflated debts, just like you see in countries around the world – debt bondage – until the debt was paid off they would not be allowed to go. They’d be charged rent, charged for days they would be unwilling to provide sex acts for men in the city. The Calgary police went under cover, posing as members of massage parlours wanting to buy women; they would get tips on how to control them.

This is back in the early 2000s, and at the time there was no offence of human trafficking in Canada. Why . . . this couldn’t happen here, right? Similarly, there were no measures in place to help and support victims. And so what happened in the aftermath of that case really appalled me.

The traffickers were convicted of minor prostitution-related offences and were sentenced to pay a fine of $10,000. That’s it. They were estimated to have made . . . at least half a million dollars, probably a lot more. So $10,000 is a little bit like the cost of doing business.

And more egregiously than that, the victims of these traffickers – there were believed to have been about 46 of them – some of them vanished because of the raids that occurred. The others, that were in the massage parlours at the time of these raids, were arrested, locked up and, because they were from abroad and here in Canada illegally and engaged in an illegal practice, they were deported.

So they were locked in Immigration Detention and sent back to their home countries, never to be heard from again. We still don’t know what would have happened to them when they were sent back.

So this got me, as a young law student, quite aggravated. Here I was trying to call out countries like Cambodia for doing things that were a little bit like this, and here it was happening in Canada.

And so it started out as a small project with a group of law students. We found a number of organizations had been calling for Canada to do more. It turned out that Canada had signed an international treaty back in 2000 that committed us to creating an offence of trafficking, to creating some measures to protect victims, to give foreign victims some temporary immigration status and access to health care and counselling, and Canada had done none of that.

So we put together a report – a sort of name and shame report. Maybe this was an early indication of my inclinations to become a professor. We graded the countries and gave them marks. Canada got an ‘F’ – my students will tell you I don’t give many of those ever; it’s not fun. But this one, it was a well-deserved F.

Lo and behold, it was when the new government had just come to power in 2006, and so I got a phone call that basically they were: “What are you doing saying we’re the bad guys here. We don’t know what’s going on; we’ve only been in office for eight weeks.”

I said, “Well, here’s a quick thing you could fix.” And if you remember back to 2006, after the federal election – 2006 – 2007, that time frame – the new government got elected based on a very simple platform. Remember the GST used to be seven percent? So they had this thing, they were going to lower it from six to five. The had three priorities and everyone was all excited about it, if you voted for them. So that’s what the government had said they were only going to do; nothing else until that was done.

And so here we are, coming in with some new issue. So talk about pushing a boulder up a hill. And I said, I really don’t care, this is something that’s a horrible injustice and you’ve got to deal with it. This is the only time I’ve ever heard of where you get a job for criticizing someone, but this is how I got that policy advisor [to the Minister of Citizenship and Immigration] job.

They said, “You seem to know something about immigration.”

Literally from the report being released in February, to May 1st or so, was when the Immigration minister then . . . I was so happy I got to hand him the pen to sign off on what became today a series of temporary permits for trafficking victims.

There were a lot of people behind this; for years groups had called for this. We were not the first or the only. But it was an example of, for me I can say very, very, very clearly feeling moved and directed to do that work, that I was at the right place at the right time and we had just barely enough skills as law students to put something like that together.

So I always encourage my law students . . . don’t wait until you become whatever profession you are going to do to start trying to have a positive impact. Do it now.

I have students who are doing research papers that they get a good mark on and the paper goes in the recycling bin, and others now are writing these papers for other purposes; they get the mark but then they go and hand it to the government or other organization.

So, just a really strong encouragement for you to follow your skills.

Perrin addressed similar issues from a more specifically biblical and faith-based perspective over the weekend, when he addressed a group of Christian law students at UBC’s Peter A. Allard School of Law.

A related event will take place this Friday (March 6). Raising Hope is a fundraiser for REED (Resist Exploitation, Embrace Dignity), a Vancouver-based organization “that advocates on behalf of exploited women and raises hope for women who need it most.” Learn more at embracedignity.org. Should be well worth attending.